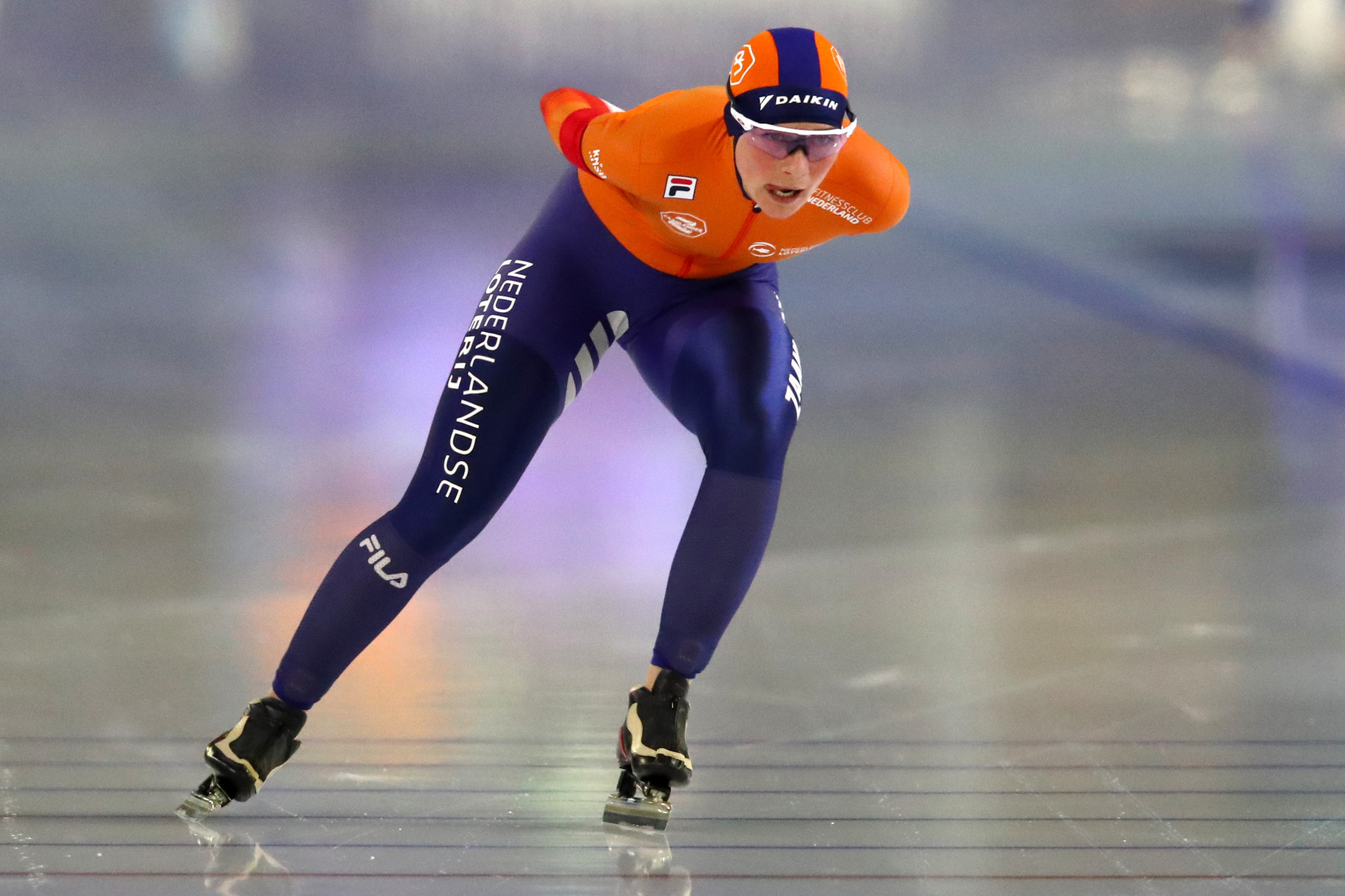 Pyeongchang 2018 bronze medallist Gao's 34.265sec finish in the first 500 metres Men Division A race took him to the top of the season standings with 60 points while Japan's Tatsuya Shinhama followed closely behind in 34.546sec to claim 54 points.

Schouten, who also won bronze at Pyeongchang 2018, blitzed the field in the 3000m Women Division A in 4min 4.009sec to shave 2.121sec off Martina Sáblíková of the Czech Republic's previous track record.

Isabelle Weidemann of Canada and Francesca Lollobrigida of Italy rounded out the top three in 4:05.255 and 4:06.528 respectively.

Another track record was broken in the 5000m Men Division A, this time by Nils van der Poel.

Roest finished in third in Poland in 6:21.033 behind current world record holder Ted-Jan Bloemen of Canada who crossed the line in 6:20.941.

Erin Jackson of the United States was triumphant in the 500m Women Division A, finishing in 37.613sec to also break a track record.

Poland's skaters led the way in the B events.

The Netherlands' Dione Voskamp claimed 21 points for her third-place finish in 38.64.

Wójcik, a bronze medallist at the 2020 European Speed Skating Championships, was good value for her victory as she led from the outset of the race, recording the quickest time on both laps.

More joy came for Poland in the 500m Men Division B race.

Piotr Michalski and Damian Żurek completed a one-two after pulling off 34.746 and 35.166 times, respectively, with the latter setting a new personal best.

China's Tao Yang picked up the 21 points for coming inside the top three, 0.49 behind the leader.

The feat was then replicated by Norway in the 5000m Men Division B as Sander Eitrem and Hallgeir Engebråten took gold and silver, respectively, before Marcel Bosker of The Netherlands claimed third.

In the 3000m Women Division B, a 4:07.658 time saw Japan's Misaki Oshigiri beat Nadezhda Morozova of Kazakhstan and Mei Han of China who made up the podium in second and third, respectively.