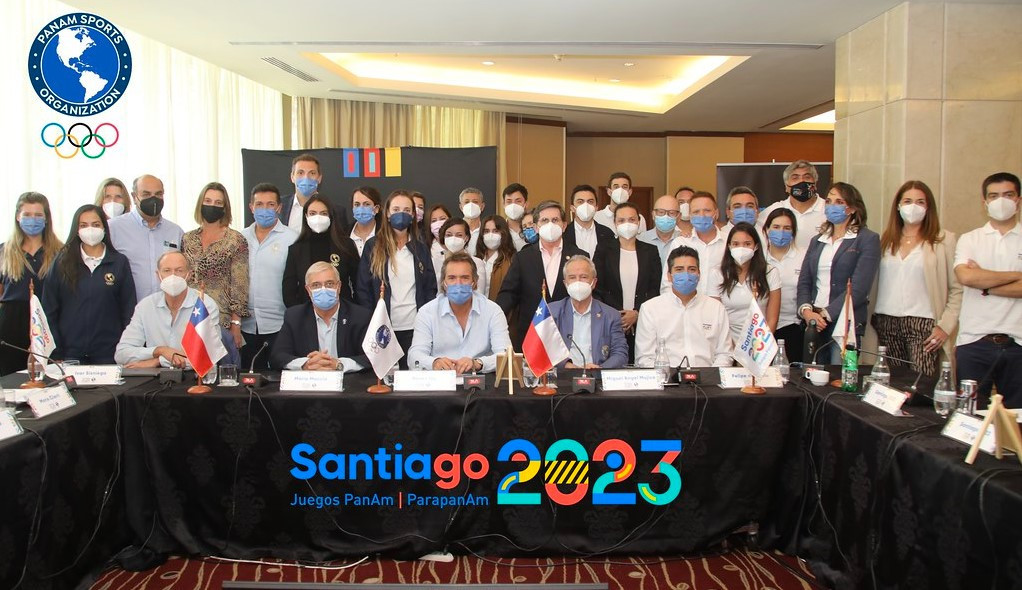 Panam Sports officials paid a visit to Chilean capital Santiago to inspect preparations of the 2023 Pan American Games, with 21 months remaining until the country is due to host a first major sporting event for more than 60 years.

Panam Sports officials had not been able to meet the Santiago 2023 Organising Committee in the capital for two years due to COVID-19 restrictions.

Approximately 700 athletes are due to take part at the event, which will be Chile's biggest ever and rivalled only by the1962 FIFA World Cup in terms of prominence.

"I am happy, they were excellent working days," said Mario Moccia, President of the Santiago 2023 Coordination Commission and first vice-president at Panam Sports.

"We have a fairly broad view of what has been done and what remains to be done.

"In accordance with the progress, we are very well on our way.

"The Pan American Village has begun its work and the National Stadium will undoubtedly be a Pan American Sports Park of excellence, with many disciplines, recreation for the community and for the athletes.

"I am very satisfied and I believe that these Games have to be the best Pan American Games.

Panam Sports President Neven Ilic is a civil engineer by trade and is satisfied with construction progress in Chile - where he was previously the National Olympic Committee chief - but has warned organisers not to get complacent.

"There are some works that are finishing, others that have already started, which gives me a lot of peace of mind, and there are three sports venues that should close their bidding in May," said Ilic.

"The general takeaway is that Santiago has done a very good job.

"We are aware that we have all experienced difficult times.

"It has not been easy to move forward, to build, or meet, but we are seeing progress in this very important work.

"It gives me a lot of pride that the Pan American Games can leave a legacy of this magnitude.

"These venues will first be for the Games, but later they will be for all Chileans."

Chile has never staged the Pan American Games before.