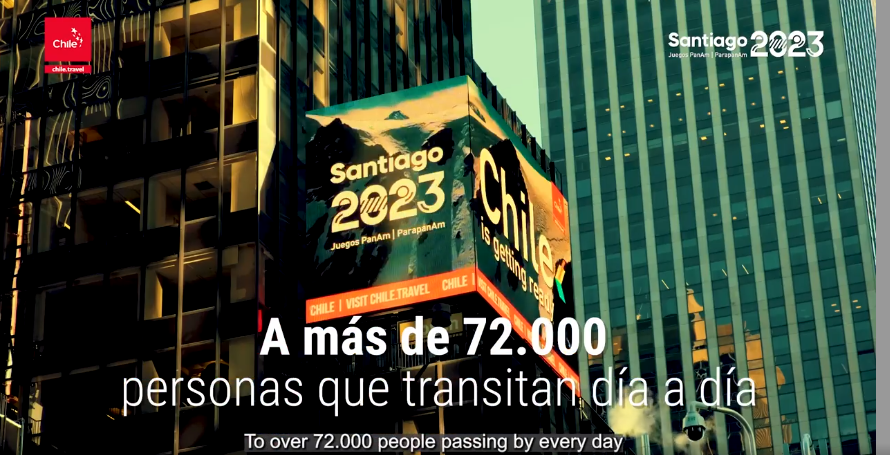 The Santiago 2023 Pan American and Parapan American Games is being promoted at New York’s iconic Times Square, with billboards showcasing the event set to feature 118 times over 11 days on the rotating screens in the city.

"Showing Chile and the Pan American and Parapan American Games in this iconic place like Times Square is a unique opportunity to make ourselves known in the world," said Chile’s Minister of Sports Cecilia Pérez.

"This will be an American event and having this visibility for so many days is really a great support for all of us."

Chile is currently running an international campaign overseas entitled "Where The Impossible Is Possible," and Santiago 2023’s showcase in Times Square coincides with this.

For a sixth successive year, Chile has been named as the Best Adventure Tourism Destination in the world, a recognition granted by the World Travel Awards (WTA).

"This award is known as the Oscars of tourism and they reward the best of tourism in all its fields," said national director of tourism Andrea Wolleter.

"For Chile it is a source of pride and promoting sporting events of this nature is of the utmost importance for the country. Hence the idea of this joint work agreement with Santiago 2023 to enhance the image of our country abroad."

Around 8,000 athletes from 41 countries are expected to participate across both Games.