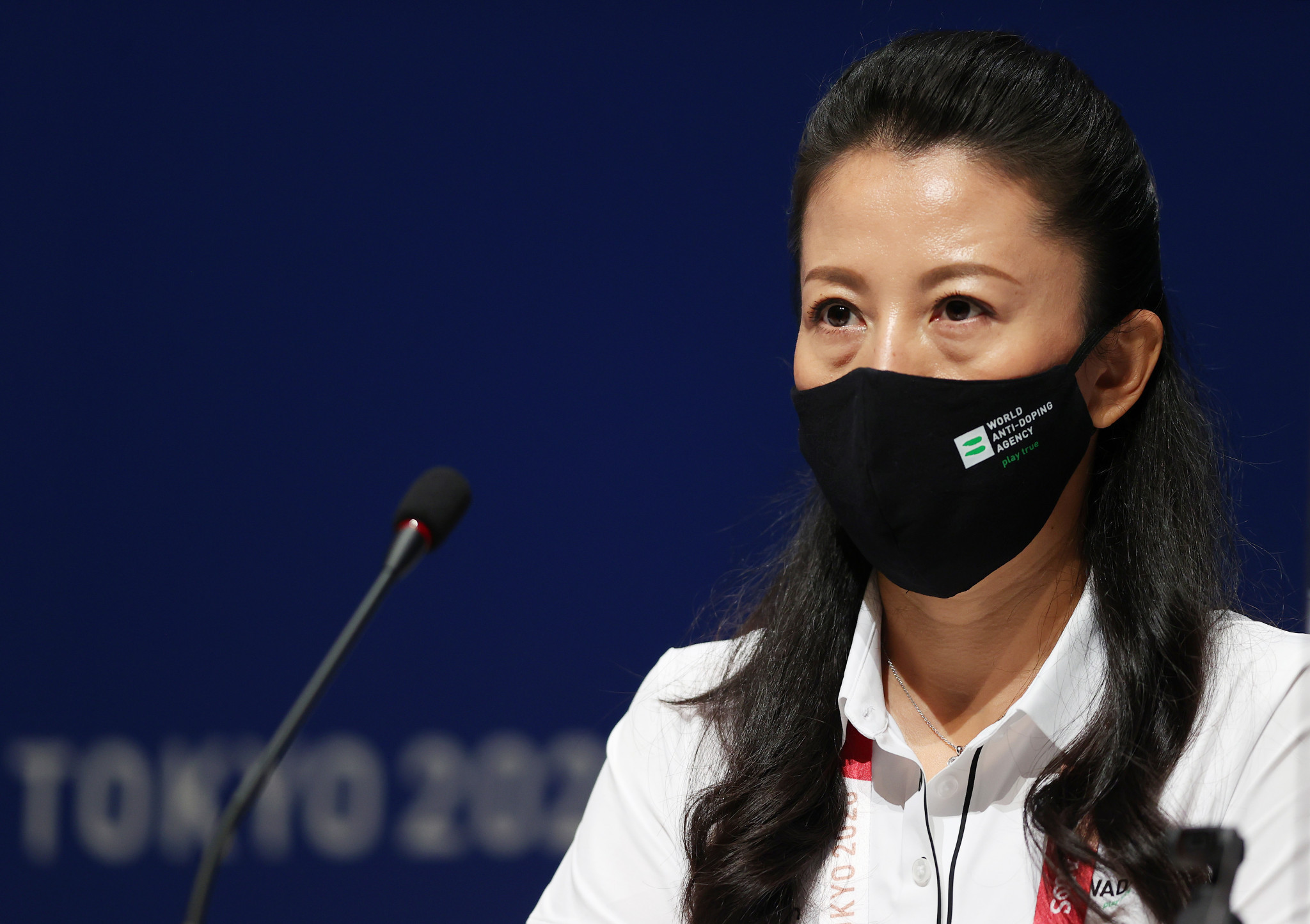 Two-time Olympic champion Yang Yang has warned that athletes are "responsible" for what they say in press conferences and interviews at the 2022 Winter Olympic Games here.

Yang, chair of the Beijing 2022 Athletes' Commission, addressed concerns for athlete expression during the Games during a press conference today in the Chinese capital.

She cited the International Olympic Committee's (IOC) Rule 50, which curbs freedom of expression on the field-of-play and during medal ceremonies, but also added that their opinions were "important" to be shared.

"We have Rule 50 from the IOC Charter," Yang, who is also vice-president of the World Anti-Doping Agency, said.

"It says very clearly about the freedom of speech for athletes, what kind of expressions they can make, at what time, during what events.

"Athletes are role models for the world and there is a lot of attention on them.

"They have their opinions and if they want to share that, that is important.

"The Olympic Games are a special occasion.

"It's a time for us to demonstrate to the world that people have differences but we can get together and we can show the world through our actions that being together, we can overcome a lot of difficulties and achieve significant progress for mankind.

"There are very strict rules in the Charter.

"At the medal ceremonies, they cannot make their opinions but in press conferences or interviews, athletes are free to express their opinions.

"But athletes need to be responsible for what they say.

"We'll work with the IOC and make sure that Rule 50 is strictly followed."

She is one of the most successful speed skaters in history, having won 34 world gold medals including six overall titles.

But her comments will be seen by many as a warning for athletes not to publicly criticise China's alleged poor human rights record.

Her comments follow on from similar remarks made by Beijing 2022 deputy director general Yang Shu, who warned athletes that they could face punishment - such as losing accreditation - if their comments on human rights issues are "against the Olympic spirit, especially against Chinese laws and regulations".

Beijing has claimed camps are training centres for stamping out Islamist extremism and separatism.

There have also been concerns over the welfare of Chinese tennis player Peng Shuai after she initially accused a high-ranking Chinese official of sexual assault on Chinese social media platform Weibo.

Two-time Olympic Alpine skiing champion Mikaela Shiffrin claimed last year that athletes should not be forced to choose between morals and their job.

Shiffrin called for the IOC to take further care in awarding the Games to nations with poor records on human rights.

At last year's re-arranged Olympic Games in Tokyo, United States shot-putter Raven Saunders briefly held her arms above her head in the shape of an X after accepting her silver medal.

Saunders later explained it represented the "intersection of where all people who are oppressed meet."

The United States Olympic Committee defended Saunders' gesture stating that it did not breach its rules as it was a "peaceful expression in support of racial and social justice [that] was respectful of her competitors".

The IOC suspended its investigation on Saunders' gesture following the news of the death of her mother.