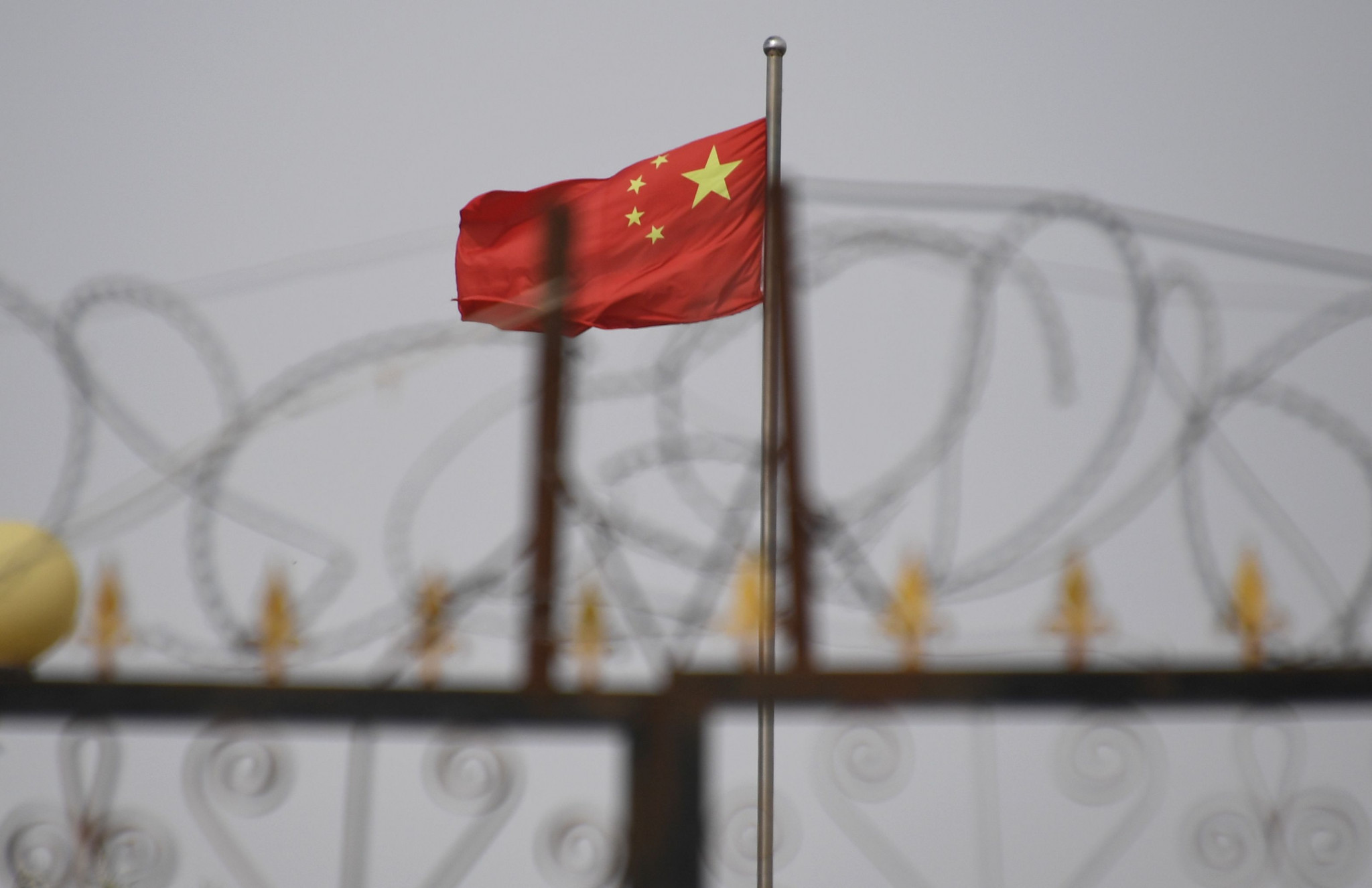 The non-governmental organisation published one of these videos, challenging the International Olympic Committee (IOC) to speak up about human rights issues in China.

In the animation, it shows a skier preparing for their race, putting on her boots, gloves, helmets and goggles.

They then cover their mouth with red tape, symbolising censorship from freedom of expression.

"International Olympic Committee, what are you afraid of?" read the video caption.

"Allow athletes to speak out against human rights violations by the Chinese Government."

It comes after deputy director general of the Beijing 2022 Winter Olympic Games Organising Committee Yang Shu warned athletes against speaking out at the Olympics.

The first of my 5 animation series on protesting #Beijing2022

Yang suggested anyone who violated Chinese laws could be "subject to certain punishment".

"Any expression that is in line with the Olympic spirit I'm sure will be protected and anything and any behaviour or speeches that is against the Olympic spirit, especially against Chinese laws and regulations, are also subject to certain punishment," said Yang, according to Reuters.

This statement led to criticism from Tibetan groups, as well as Human Rights Watch through their video series.

The organisation has been vocal in its opposition to the Games and the restrictions put on participants regarding freedom of expression, as well as citing safety concerns for delegates.

China's human rights violations include lack of a free press, restrictions of freedom expression and no democratic elections.

The country's clampdown on Hong Kong protestors, its alleged treatment of Uyghur Muslims and the handling of the sexual assault scandal of Chinese tennis player Peng Shuai have all been criticised.

The Beijing 2022 Winter Olympic Games are scheduled to take place from February 4 to 20, followed by the Paralympics from March 4 to 13.