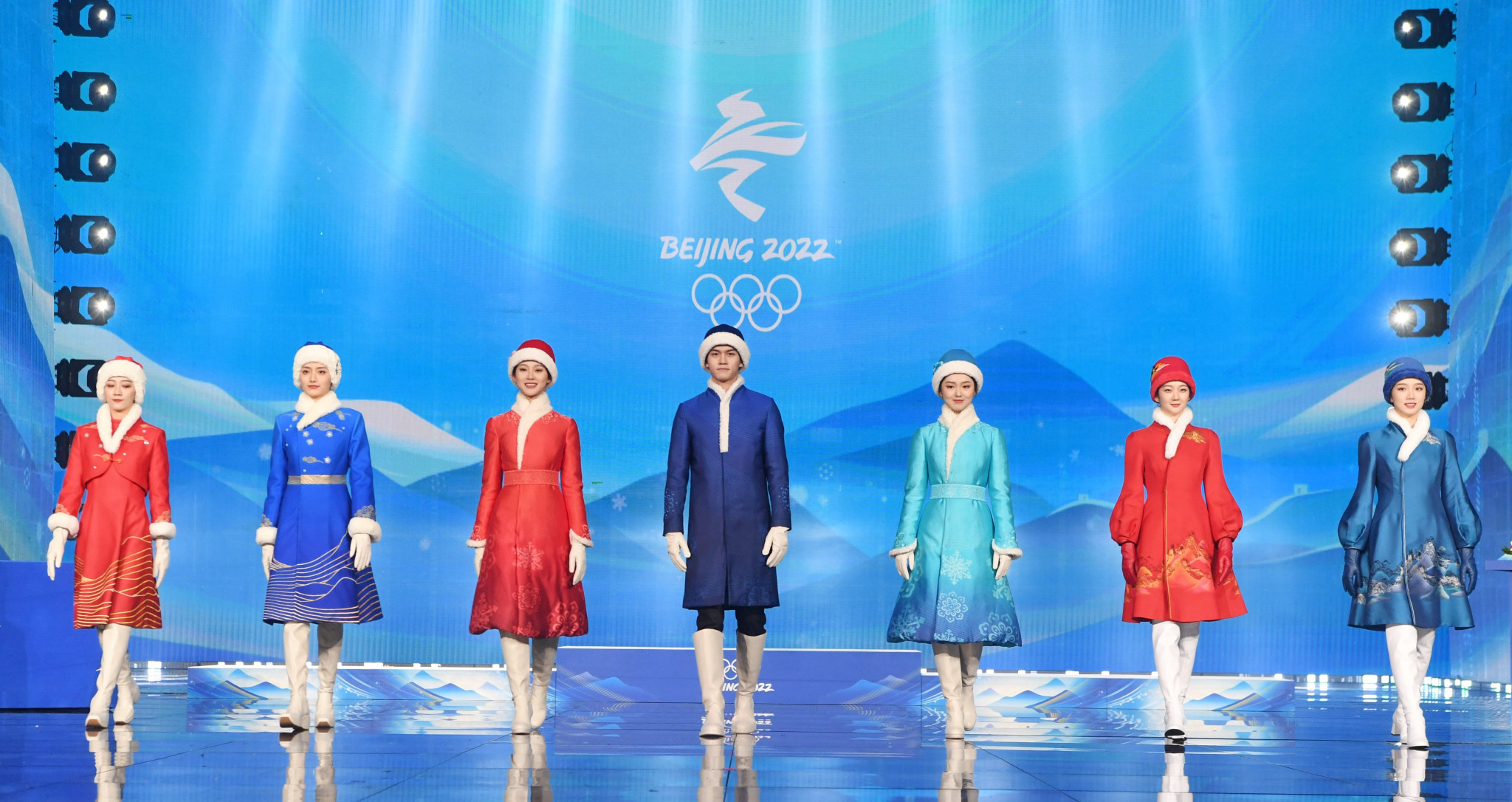 Presentation parties for Beijing 2022 medal ceremonies will be issued with self-heating thermal underwear and non-slip boots as part of their official uniforms.

Organisers insist the costumes will be "simple, safe and exciting " and demonstrate "openness of the heart to welcome all countries in the world to participate in the event."

Each uniform set will also include a jacket, hat and gloves.

They are the work of the Central Academy of Fine Arts and Beijing Institute of Fashion Technology and have been produced by official ceremony sponsor Beijing Beiao Group.

There are costumes for escorts and the bearers of medal trays in shades of red and blue and three distinct designs have been unveiled.

"Lucky Snow and Cloud" is based on two auspicious traditional symbols of snow and cloud.

The Lucky Cloud is bound to evoke memories of the Beijing 2008 Games when it was a central motif in the look of the Games and a feature of the design of the Olympic Torch.

The "Great Landscape" design takes its inspiration from a famous Chinese painting entitled "A Thousand Miles of Mountains and Rivers".

The uniforms have "a simple, elegant, fresh and smooth visual appearance," organisers claimed.

In common with usual Winter Games practice, presentations will be made in nightly ceremonies beginning on February 5 at the medals plaza in Beijing's Olympic Park and Zhangjiakou.

The medals will be carried on special non-slip trays to prevent them sliding off.

Organisers insist they have been designed to reflect "the integration of Chinese culture and international culture, and embodying China's mind of open, friendship, peace, and toleration."

The precise format of ceremonies has not yet been revealed.

At Tokyo 2020, International Olympic Committee (IOC) members did not drape the medals around the necks of the athletes as part of precautions against COVID-19.

International Federation officials will also present gifts to each medal winner at Beijing 2022.

These will take the form of a special, customised version of the mascots - Bing Dwen Dwen for the Olympics and Shuey Rhon Rhon for the Paralympics.

The design, exclusively for medallists, is supplemented by a wreath woven of pine, bamboo and plum known as the "Three Friends of the Cold", symbolising tenacity and vigorous vitality.

In order to implement the concept of sustainability, the floral presentation bouquets will be knitted in cashmere.

They can therefore be preserved forever and become "the everlasting Olympic flower".

They will include six types of flower, the rose, Chinese rose, lily of the valley, hydrangea, laurel and olive, to represent friendship, tenacity, happiness, unity, victory and peace.

The podium itself will feature ice and snow images in sky blue, a core colour of the Games.

The surface incorporates low-temperature anti-skid pads and a honeycombed inner core to increase its load-bearing capacity.

It can be quickly dismantled and moved from location to location and features a barrier-free ramp to meet the needs of Para athletes.

Beijing will mark the 90th anniversary of the introduction of a medal podium at the Olympics.

It was adopted at the Lake Placid 1932 Winter Olympics Games after Count Henri Baillet-Latour, IOC President at the time, had witnessed similar ceremonies at the 1930 British Empire Games, now the Commonwealth Games.