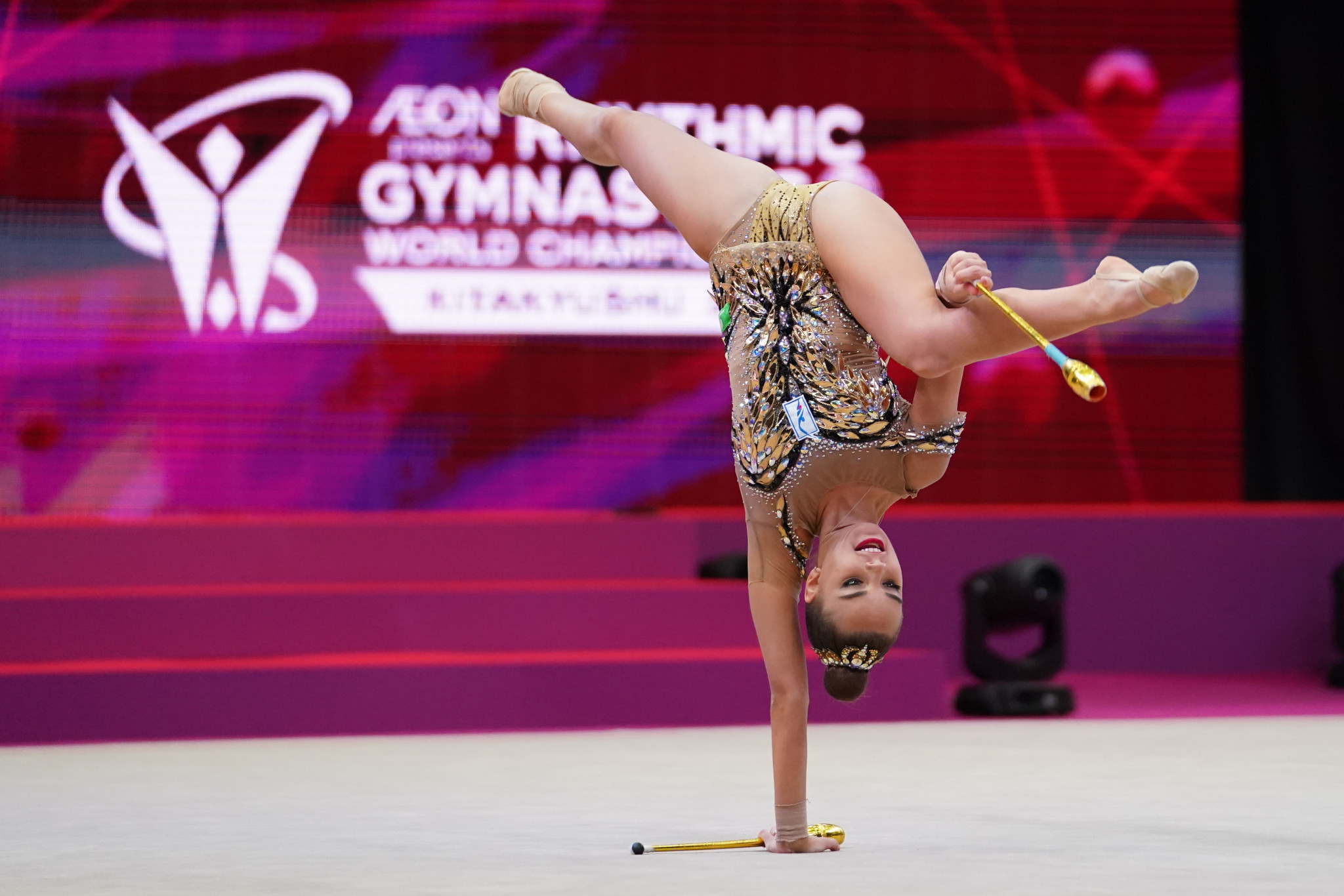 Dina Averina became world champion for a 16th time as she secured gold in the individual clubs final at the Rhythmic Gymnastic World Championships in Kitakyushu in Japan.

Averina now has the most individual gold medals, however, with 14 to Kanaeva's 13, including three silver and one bronze.

Despite an overall 1.100-point deduction, the Tokyo 2020 Olympic silver medallist recorded a mammoth score of 27.100 to take top spot.

Her twin sister, Arina Averina, added her second silver medal of the competition after posting a score of 26.750, while Belarus' Anastasiia Salos made up the podium with 26.400.

Dina Averina was then thwarted in the individual ribbon final to stop her winning both gold medals available for the second day running.

Alina Harnasko of Belarus won her first World Championships gold medal with a score of 23.950 after claiming silver and bronze medals earlier in the event.

The 20-year-old pipped Averina by the finest of margins as the RGF star scored 23.900 points, with sister Arina rounding out the top three on 23.450 points.

Today's first-place finish means that Averina now has three gold medals to her name for this year's event.

Competition continues tomorrow in Japan with the group all-around category where Dina Averina will be looking to add to her gold medals from 2018 and 2019.