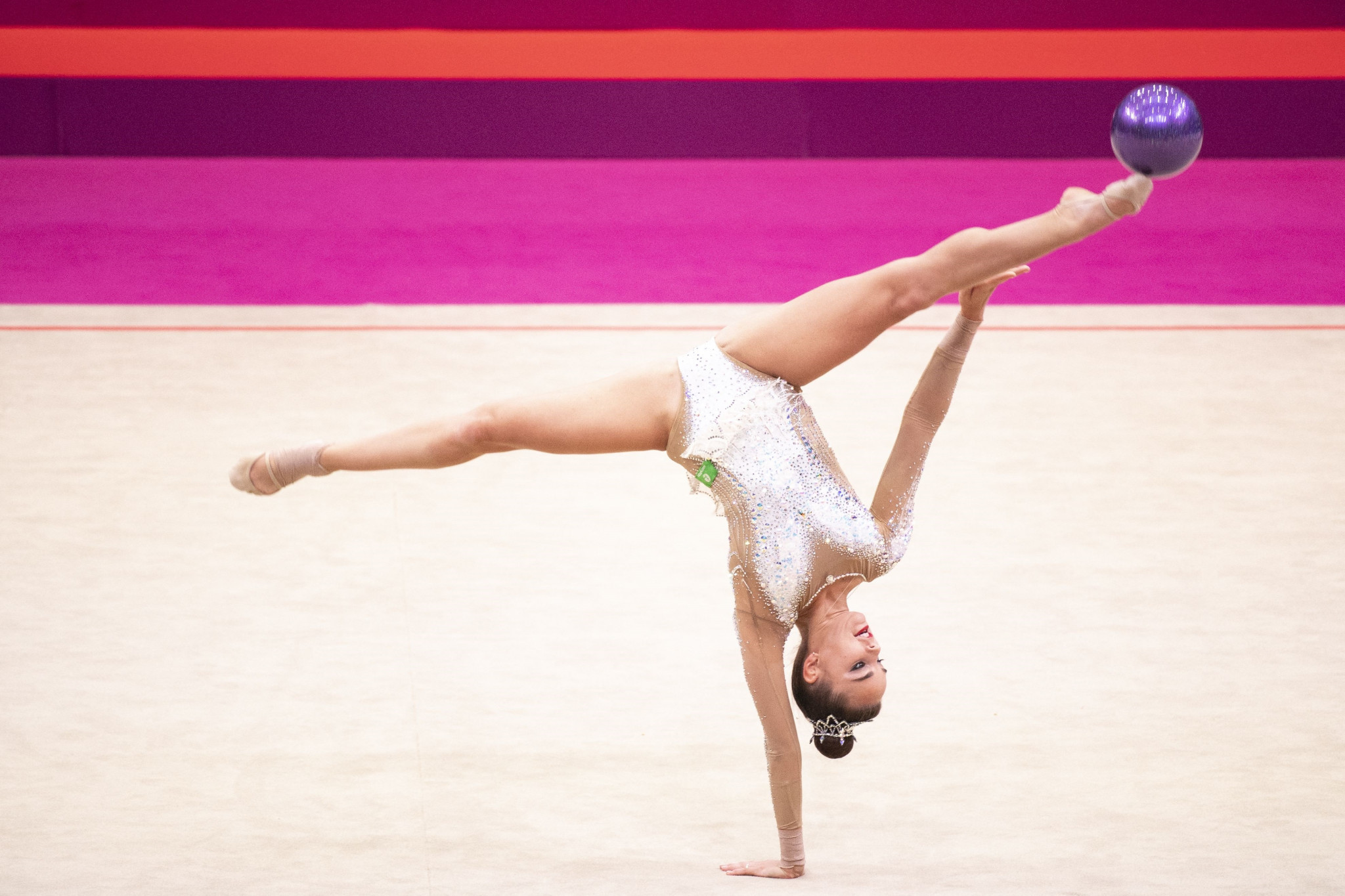 Dina Averina of the Russian Gymnastics Federation dominated day one of the Rhythmic Gymnastics World Championships in Kitakyushu with two titles to move a step closer to making history.

The Olympic silver medallist triumphed in the hoop and ball competitions in the Japanese city to take her overall haul to 13 individual world titles.

The golden double saw Averina move level with compatriot Evgeniya Kanaeva on the most individual apparatus golds at the World Championships.

With 15 golds overall, Averina is in striking distance of the two-time Olympic champion’s record tally of 17 titles set between 2007 and 2011.

The 23-year-old started with a commanding performance with the hoop, performing a rendition of ACDC’s "Thunderstruck" for 27.750 points.

She finished nearly two points ahead Alina Harnasko of Belarus, who had to settle for silver with 25.950, while Italy’s Sofia Raffaeli bagged bronze with 25.850.

Half an hour later, Averina returned to the carpet with the ball and notched 29.125 for a routine that carried the highest difficulty tariff of the eight finalists.

Her twin sister Arina Averina scored 27.675 for ball silver after problems with the hoop landed her in sixth place in her first final.

"I am happy about this silver medal, but I would like to have more good results," she said.

"I will try to accomplish that tomorrow."

Tokyo 2020 Olympic bronze medallist Harnasko added to her hoop silver with a bronze in the ball event as she captured her first individual world medals.

Competition is due to continue tomorrow with the finals of the clubs and ribbon events.