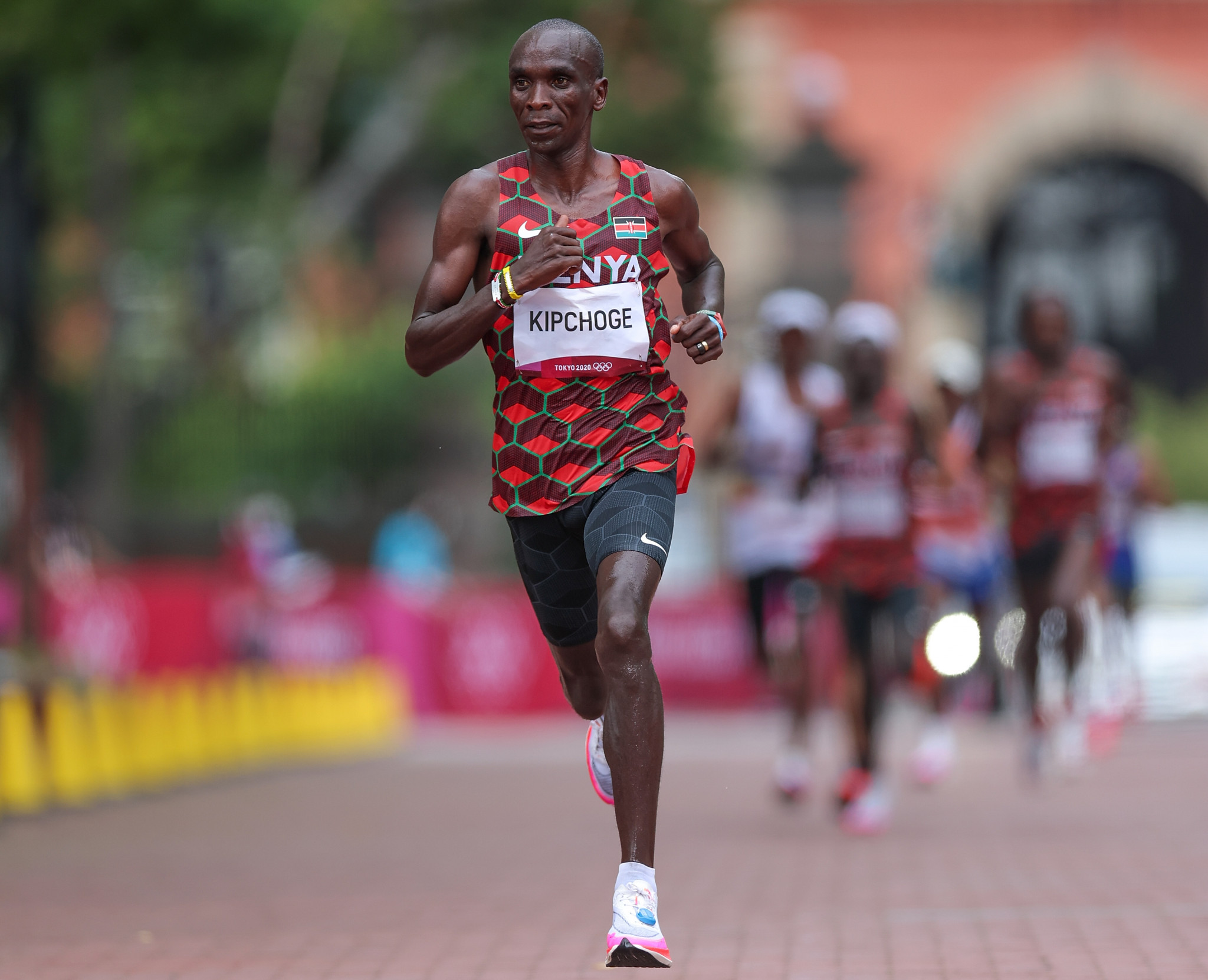 Olympic marathon champion and world record-holder Eliud Kipchoge is to star in a pursuit race on the Champs-Elysées in Paris later this month to mark 1,000 days until the 2024 Olympic Games.

Those who are able to finish the five-kilometre course before Kipchoge will win spots in the mass-participation marathon scheduled to take place on the same day as the Olympic marathon at Paris 2024.

In a first for the Games, Paris 2024 plans to operate a public-access marathon on the same day as the Olympic marathon, and the two will even share a course.

With interest in places expected to be high, the pursuit challenge featuring the Kenyan great promises members of the public a chance to win a starting bib.

Orange was last month named the main sponsor of the mass-participation marathon and will stage the Kipchoge challenge in association with Club Paris 2024, one of the Organising Committee's engagement vehicles.

"I am delighted to be heading to Paris 1,000 days before the start of the Paris 2024 Olympic Games for a truly exceptional challenge," Kipchoge said.

"Open to everyone, whatever their level, this unique race is an outstanding illustration of what running is all about: it is accessible and open to everyone.

"On one of the world’s most beautiful avenues, I challenge you to keep ahead of me!

"I look forward to sharing this moment with you and inspiring you to run, to give it your all, to push your limits, before we see each other again in 2024."

Participants will set off before Kipchoge - in different groups depending on ability, and with pacemakers - on a course encompassing Place de la Concorde and the Champs Elysées on October 31.

Those who cross the line before Kipchoge will win a place in the Paris 2024 mass-participation event.

Place de la Concorde is due to host urban sports during the 2024 Olympics.