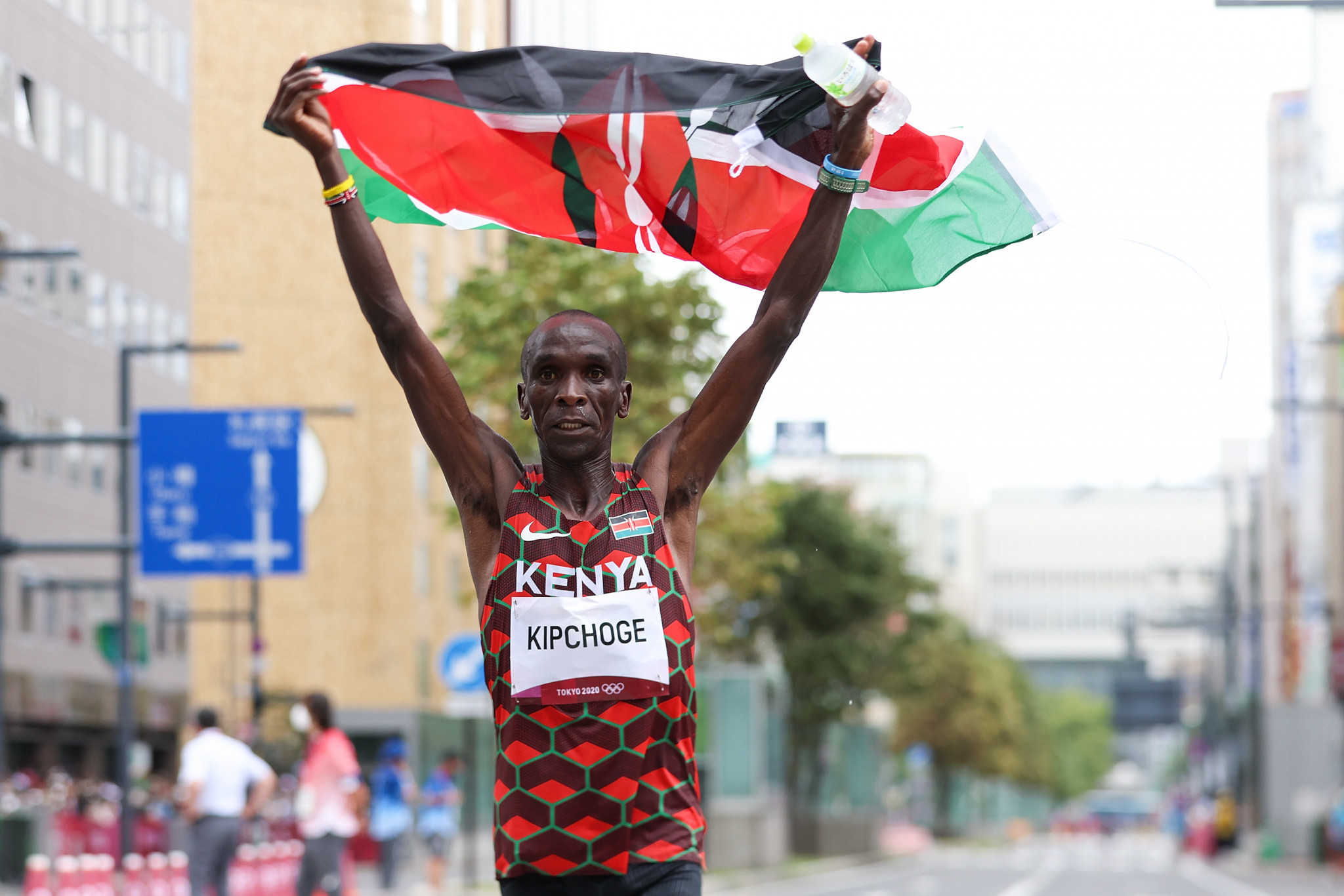 Double Olympic marathon champion Eliud Kipchoge plans to build a library in every school in Kenya and to plant a forest in all 47 counties of his native country as part of the first stage of projects within the Eliud Kipchoge Foundation, which launched today.

Meanwhile on a sporting front the 36-year-old world record-holder - and the first man to complete the marathon distance in under two hours, albeit with assistance which would normally be prohibited - did not rule out running his first Boston Marathon next spring.

"I am going to consult with coach in October, but in my mind I need to run all the six world major marathons so Boston is on my bucket list."

He added that he would have a clearer idea at that time whether he would be running the marathon at next year's World Athletics Championships in Eugene in Oregon.

Kipchoge said the new Foundation would enable him to expand on the projects he is currently engaged upon within his own Nandi County in creating a 50-hectare forest and building "a huge school library".

"Creating the forest is where I can show people that if you conserve a forest, and its indigenous tress, it is one way of adopting the clean air and a good environment whereby athletes can train freely.

"The second project is building a huge library in my home county that will accommodate 500 students but will also serve the community.

"People can come in and get information about what is going on in the world.

"We are putting in an internet and all sorts of books, so people can come, grab a book, read and go back home - that’s the way to get information."

He added: "My next step in education is that I want to build a library in every local school in Kenya - not just where I come from but all over Kenya.

"I believe that if the students can get that knowledge, if they can access books in their neighbourhood, they can uplift the community.

"I also have the idea of starting a kindergarten, which is the foundation of education.

"And I trust that in the future it will go beyond.

"Over the next five years I want to build the libraries and kindergartens and forests in every country, crossing the border in Africa to countries such as Uganda and Somalia.

"Then I want to go beyond and across all borders, beyond Africa to Asia, South America, Europe."

Asked if he expected help from corporations, including his own kit sponsor, Nike, Kipchoge responded: "Absolutely, yes.

"I am expecting a huge co-operation in Kenya, Europe, America, Asia, and the Caribbean to participate in my Foundation.

"I trust Nike will champion it."

My mission is to give all children in the world access to knowledge and education. I want those children to grow up into healthy adults in a green and breathing world where forests keep our people safe. (1/2) pic.twitter.com/MfxXseHEKm

Asked by insidethegames if he himself had enjoyed his education, and about how it was relevant to a sporting career, Kipchoge was emphatic.

"Absolutely, I enjoyed education myself, and as far as I am concerned education is the key.

"Sport is a talent, and we use education to propel talent.

"Without education then that talent can go very slow.

"Education is knowledge, and I want to see everyone being able to get that rejuvenating knowledge, that knowledge that can make a human being see something and get information out of it."

The Kenyan added: "My slogan always is: 'No human is limited.'

"Building a library and kindergarten is how to teach students that this is the way to get knowledge, and with knowledge you can go places.

"If you can get a kid to believe in himself or herself, and to go for it, he and she will achieve."

Kipchoge, now 36, won the men's marathon at Tokyo 2020 and Rio 2016, as well as being a nine-time winner on the World Marathon Majors circuit.