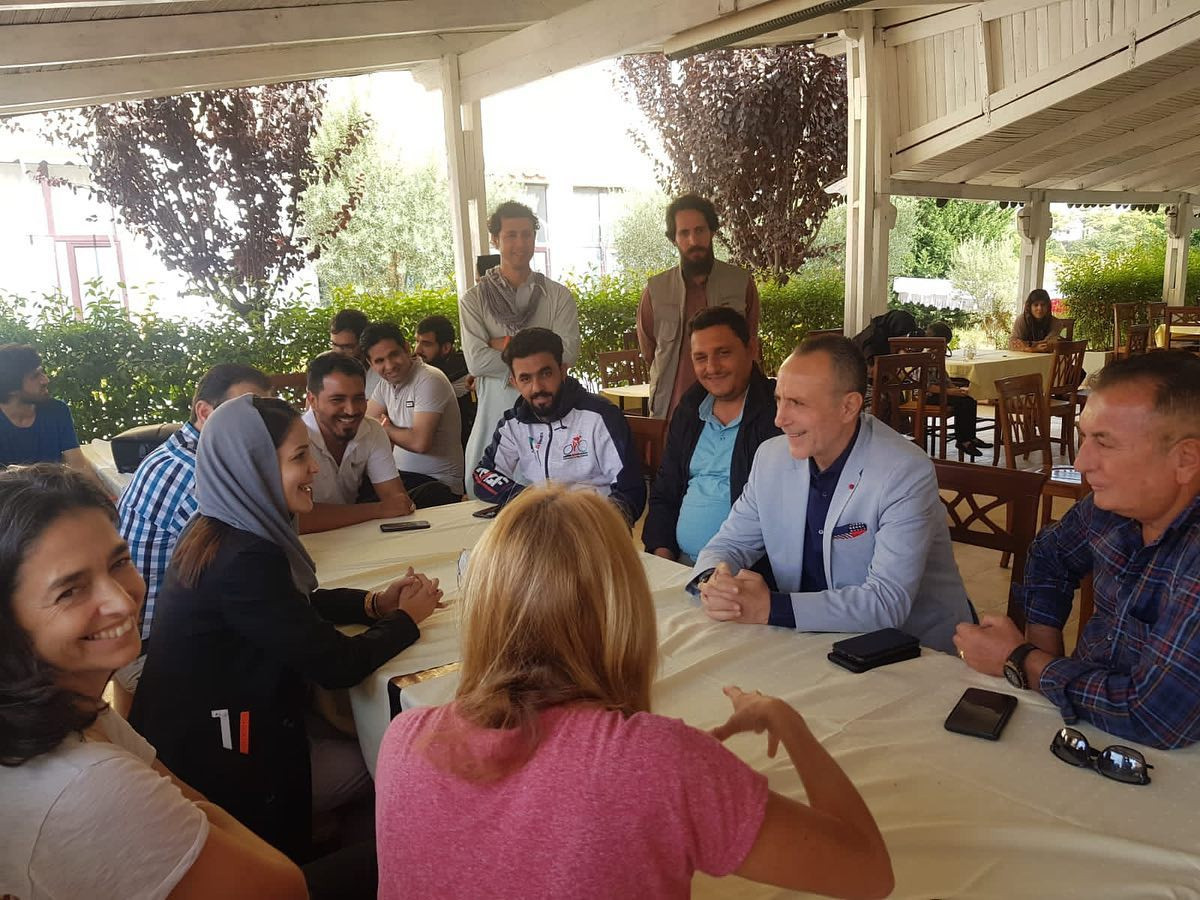 Albanian National Olympic Committee (KOKSH) President Fidel Ylli has visited an Afghan refugee camp in the city of Durrës and pledged to organise activities which will help the refugees integrate into Albanian society.

Ylli was joined by President of the Albanian Cycling Federation (ACF) Skender Anxhaku and ACF secretary general Alfred Tahiraj, as well as Afghanistan Olympic Committee officials who are living in Albania presently.

The KOKSH said there were also "dozens" of athletes from Afghanistan in the country from sports such as boxing, swimming and cycling.

Ylli gave his backing to the athletes at the camp and said one of the best ways of integrating would be through their sports.

The KOKSH has pledged to organise sports competitions with the main focus being on the integration of Afghan athletes.

Albania said it was committed to admitting up to 4,000 refugees from Afghanistan, with the first of these being a group of 121 on August 27.

Thousands of refugees have fled Afghanistan following the Taliban's return to power in August after the United States military pulled out.

The Taliban oppresses women's rights and a hallmark of its authoritarian regime has been the brutal treatment of civilians at times.