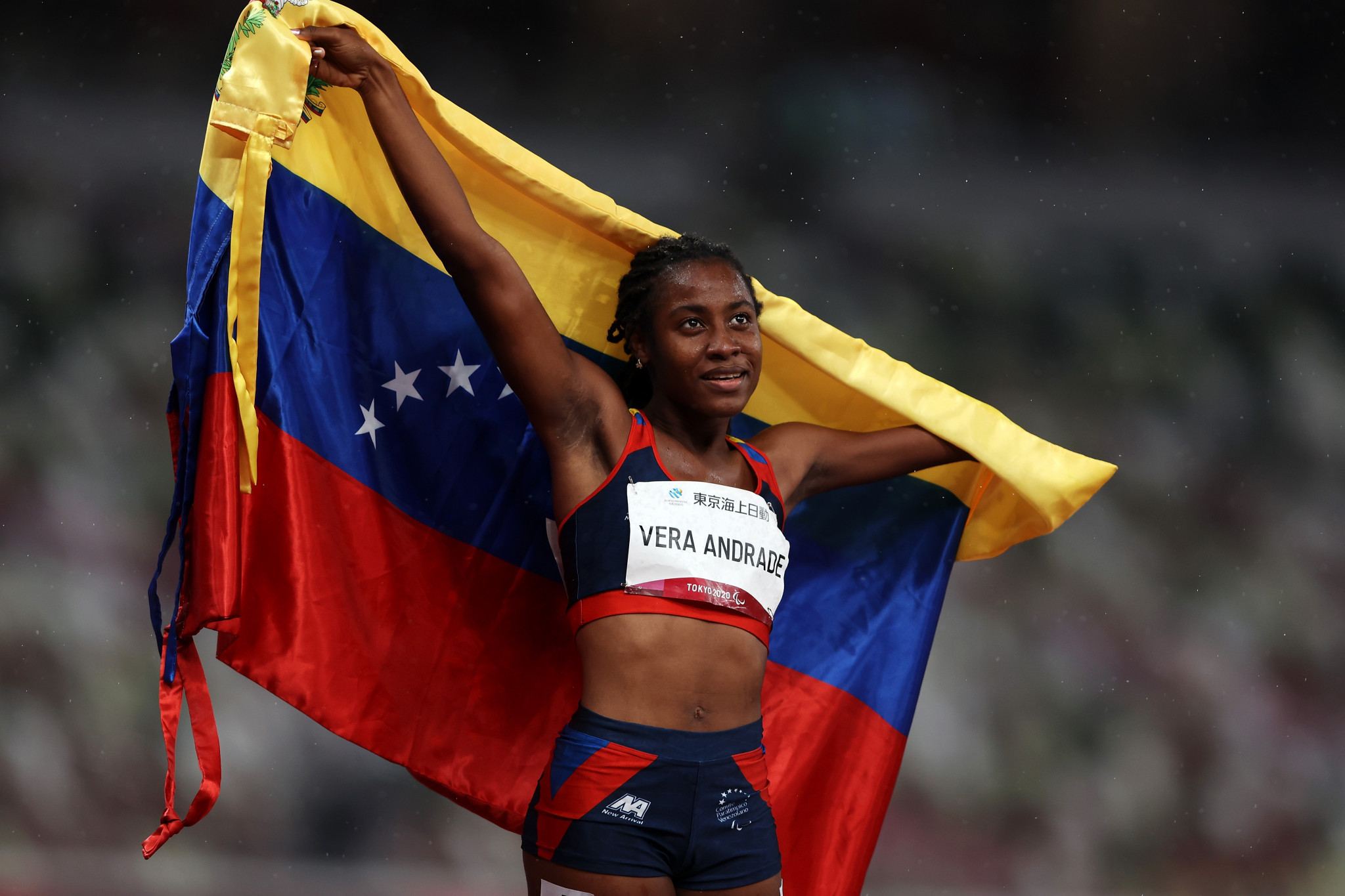 Perez Lopez gave the South American nation its first gold medal at the Games since Beijing 2008, when judoka Naomi Soazo gave Venezuela its first ever at the Paralympics.

She and guide Alvaro Luis Cassiani Herrera won the women's T11 100 metres in 12.05sec for gold, finishing in front of Liu Cuiqing of China.

There was no bronze medallist in the race as Thalita Vitoria Simplicio da Silva was disqualified and her Brazilian team-mate Jerusa Gaber dos Santos pulled up before crossing the line.

Andrade was forced to wait for nearly two minutes for the result in the women's T47 100m, having went to a photo finish in 10.97 with the United States' Brittni Mason, but she was eventually given the nod when taken down to one thousandth of a second.

The US took the bronze medal too, as Deja Young finished one hundredth in front of Poland's Alicja Jeromin.

Hmm, after allowing Ziyad Zolkefli to participate in all 6 rounds, if this was the decision before starting it is understandable. Also bear in mind, class F20 athletes is for those with intellectual impairment that find it hard to cope with schedules https://t.co/fmf3QhN5cE

Controversy brewed in the men's F20 shot put final, as world record holder Muhammad Ziyad Zolkefli of Malaysia looked to have won the gold with a new world best of 17.94 metres, but a Ukrainian protest saw him down on the results as "did not start".

Zolkefli reportedly turned up late to the call room and the protest meant his results were nullified - giving Ukraine's Maksym Koval and Oleksandr Yarovyi the gold and silver medals.

Koval officially broke the world record with a best of 17.34m, while Greece's Efstratios Nikolaidis took the bronze in the absence of Zolkefli.

Zhou Zhaoqian of China set a personal best to beat word record holder Manuela Schaer of Switzerland in the women's T54 1500m final in a time of 3min 27.63sec.

Another American, Sam Grewe, was close to his world record in the men's T63 high jump, despite the bad weather, clearing 1.88m, just two centimetres short of his best.

After a successful third attempt at the height, he moved into gold medal position, after India's Mariyappan Thangavelu looked to have the advantage on countback at 1.85m, but ultimately he settled for silver and his team-mate Sharad Kumar won the bronze.

Charles-Antoine Kouakou of France broke the European record, winning the gold medal in the men's T20 400m final in a time of 47.63.

He held off Luis Felipe Rodriguez Bolivar of Venezuela and Britain's Columba Blango, winners of the silver and bronze with personal bests.

Jacques swept to victory - finishing eight seconds ahead of the chasing pack that was led by Japan's Shinya Wada and Fedor Rudakov of the Russian Paralympic Committee (RPC), the silver and bronze medallists, respectively.

Shortly afterwards, Anton Kuliatin of the RPC captured his first Paralympic title with a victory in the men's T13 1500m final in 3:54.04, holding off Tunisia's Rouay Jebabli and Australia's Jaryd Clifford in a sprint finish.

Australia's James Turner added the Paralympic record to his world record after winning the men's T36 400m, powering home in 52.80.

Cuba's Omara Durand Elias won her sixth Paralympic title after regaining the women's T12 400m crown in a time of 52.58.

China's Jiang Fenfen won gold in a new Asian record of 1:01.36 in the women's T37 400m, pipping Ukraine's Nataliia Kobzar at the line, who looked disappointed with silver, despite a personal best.

Also getting a personal best was Sheryl James of South Africa in third.

Jose Rodrigo Chessani Garcia of Mexico broke the North American record in the men's T38 400m final, clocking a time of 49.99, as he held off veteran two-times Paralympic champion over the distance, Mohamed Farhat Chida of Tunisia, winner of the silver and his third medal over the individual distance.

Bronze went to Canada's Zachary Gingras another half second back.

Dutch sprinter Marlene van Gansewinkel broke the Paralympic record in the women's T64 200m with a mark of 26.22 for gold.

China won a series of golds in throws today, including in the final field event to conclude - the men's F32 shot put.

Liu Li broke the world record with a best of 12.97m, while the RPC's Aleksei Churkin was second with a new European record Mohammed Al Mashaykhi gave Oman its first medal of the Games with bronze.

Zou Lijuan earlier added to the nation's gold medal tally in the women's F34 shot put with a massive throw of 9.19m for a new world record; securing her fourth Paralympic title and her second at Tokyo 2020 following previous success in the javelin.

Zhang Liangmin regained her women's F11 discus title by putting together five great throws - the best of these being 40.83m - 41 centimetres further than her previous world record.

Hashemiyeh Motaghian Moavi broke the world record in the women's F56 javelin to give Iran its second gold in an hour won by a woman, following the shooting heroics of Sareh Javanmardi.

She beat the 13-year world and Paralympic record in the F56 set by Germany's Martina Willing at Beijing 2008, throwing 24.50m.

New South American record holder Raissa Rocha Machado of Brazil and Diana Dadzite of Latvia, with the latter being the F55 world record holder, finished close behind for silver and bronze.

Dadzite broke her own Paralympic record from five years ago with a best of 24.22m.

The RPC's Vladimir Sviridov broke his own world record to secure the men's F36 shot put title, adding another 35 centimetres to his previous best in 16.67m.

Roderick Townsend of the US and Nikita Kotukov of RPC jumped well at the end for silver and bronze medals.

Finally, Luca Ekler of Hungary was one of three athletes to break the women's T38 long jump world record, but finished clear top of the table with a best of 5.63m.

The RPC's Margarita Goncharova was the silver medallist and Olivia Breen of Britain won bronze.