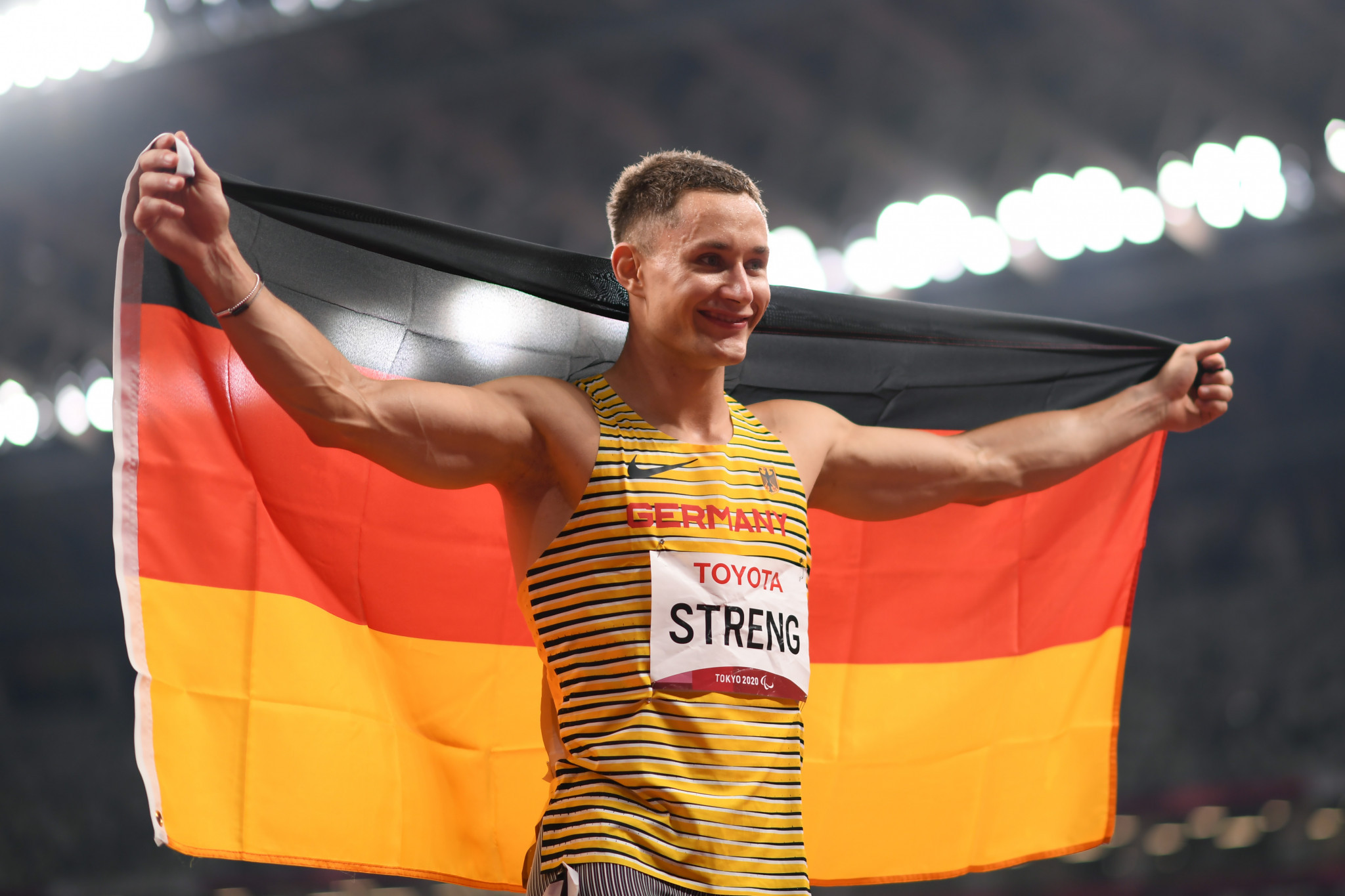 Germany's Felix Streng won a dramatic men's T64 100 metres final at the Tokyo 2020 Paralympics, where the top four athletes were separated by only three hundredths of a second.

Streng crossed the line in 10.76sec, holding off Sherman Isidro Guity Guity, who gave Costa Rica a first medal of the Games with a silver in 10.78.

Britain's Jonnie Peacock and T62 German athlete Johannes Floors waited more than three minutes for the decision for bronze, which went to a photo finish, but officials determined both would get the medal with a time of 10.79.

Floors broke his classification's Paralympic record in the process.

The Russian Paralympic Committee's (RPC) Anton Prokhorov held off a late hunt from Brazilian Vinicius Goncalves Rodrigues to win the men's T63 100m final in a time of 12.04, a new T42 world record.

The Brazilian set a new T63 classification Paralympic record back at 12.05 back for silver and Germany's Leon Schaefer won bronze.

At Rio 2016, he won only his country’s second medal when he finished third in the same event

Herath's effort improved the previous world best set by Devendra of India, who set a new personal best in second.

Devendra’s team mate Sundar Singh Gurjar completed the podium for bronze, meaning all three athletes were from the Indian subcontinent.

More success came for those nations in the men's F64 javelin, as India's Sumit Sumit won gold by breaking the F64 world record with a mark of 68.55m.

Michal Burian gave Australia a silver medal with a last-round effort of 66.29m to move up from bronze for a new F44 world record.

Hagan Landry of the United States set a new North American record of 13.88m for second and Germany's Niko Kappel was third.

Iranian Amir Khosravani needed a new personal best of 7.21m to win the men's T12 long jump gold medal, seeing off Leinier Savon Pineda of Cuba, who broke the North American record in second with a best of 7.16m, and bronze medallist Said Najafzade of Azerbaijan.

Tunisia's Walid Ktila broke the Paralympic record to retain his men's T34 100 metres gold for a third Games in a row in a time of 15.01.

Rheed McCracken of Australia was second and Mohamed Alhammadi of the United Arab Emirates took bronze.

Andrew Small of Britain claimed gold in the men's T33 100m in 17.73, a tenth of a second in front of Kuwait's silver medallist Ahmad Almutairi.

Ihor Tsvietov of Ukraine stopped an RPC 1-2-3 by setting a new personal best close behind; while Artem Kalashian won the bronze in front of team mate David Dzhatiev.

Iranian Mahdi Olad threw a best of 14.43 metres for gold in the men's F11 shot put, holding off Brazilian Alessandro Rodrigo da Silva and Oney Tapia of Italy, who won silver and bronze.

The RPC's Evgenii Torsunov broke the Paralympic record in the men's T36 long jump with a best of 5.76 metres - just 16 centimetres short of his world record.

Torsunov won gold in front of New Zealand's William Stedman, who broke the Oceania record in 5.64m, while Ukrainian Roman Pavlyk was a centimetre back for bronze.

The final gold medal of the night went to Brazil's Elizabeth Rodrigues Gomes in the women's F53 discus, with a world record of 17.62m.

Joining her on the podium were Ukrainians Iana Lebiedieva and Zoia Ovsii.