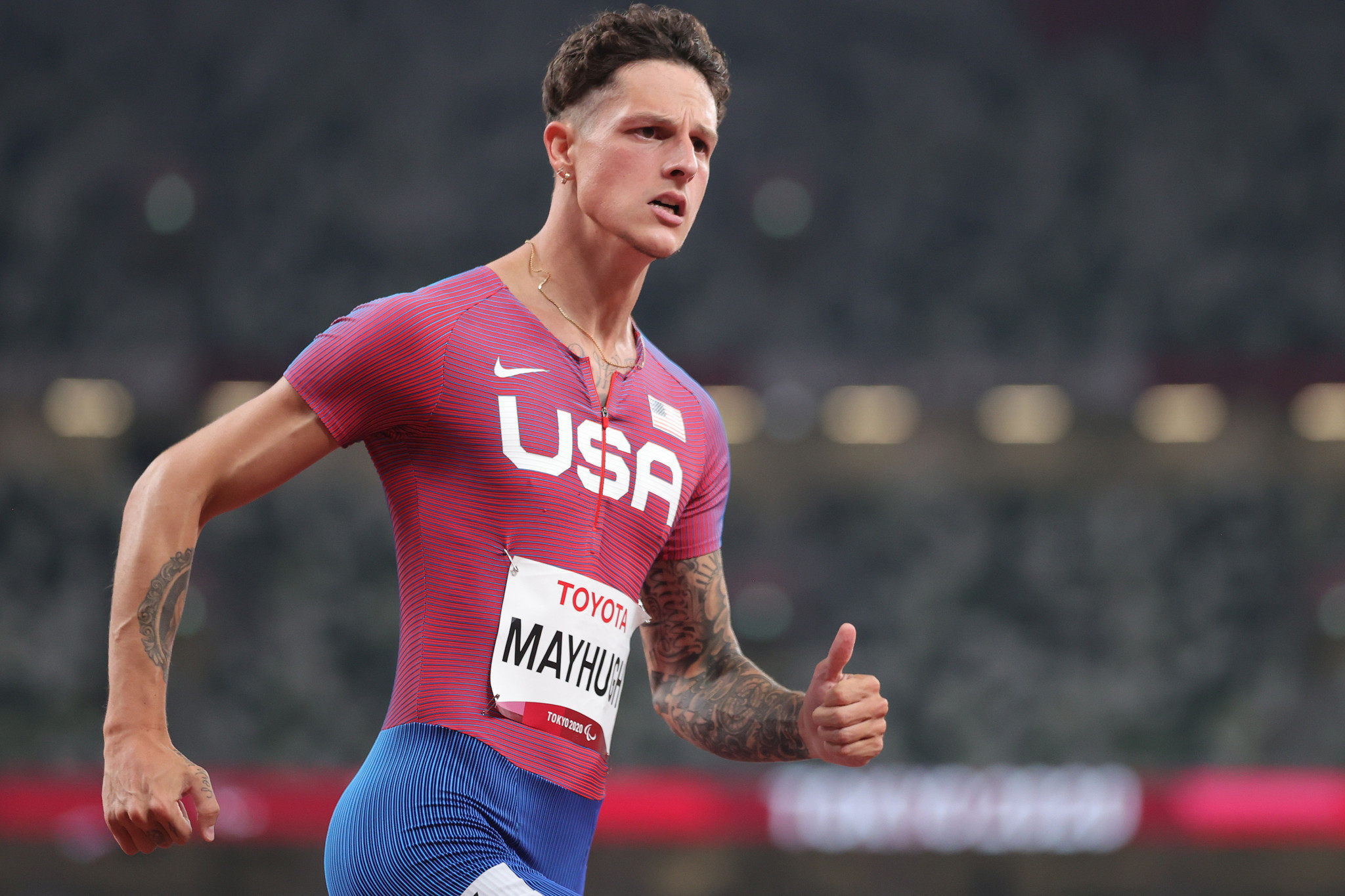 American sprinter Nick Mayhugh twice broke the world record in the men's T37 100 metres on the first day of athletics at the Tokyo 2020 Paralympic Games here at the Olympic Stadium.

The top three all set area records, as Andrei Vdovin of the Russian Paralympic Committee (RPC) clocked a time of 11.18 and Indonesian Saptoyoga Purnomo broke the Asian record in 11.31.

Zhou Xia of China smashed the world record in the women's T35 100m, taking away Australian Isis Holt's previous best by crossing the line in 13.00.

Holt broke her own world record in second and said to insidethegames her new area record felt like "my own little world record" as she delighted in winning the silver medal in 13.13.

Britain's Maria Lyle claimed bronze, as the top three stayed the same for a second Games in a row, although notably they all ran faster.

Wen Xiaoyan continued the Chinese sprinters' fine form on the first day of competition with another world record in the women's T37 200m, leading a one-two for her country, followed by Jiang Fenfen.

Jiang pipped Mandy François-Elie on the line for silver, with the Frenchwoman taking bronze instead.

Poland's Michal Derus split the Brazilians for a European record of 10.61, followed by Washington Junior who claimed bronze.

A fifth round effort of 5.00 metres was enough to put the favourite on the top of the podium, avoiding a near upset by Uzbekistan's Asila Mirzayorova, who set a personal best of 4.91m in the final round, securing silver after having led for the majority of the event with a second round jump of 4.89m.

Ukraine's Yuliia Pavlenko won bronze with a best of 4.86m.

The first gold won on the track came in the men's T11 5,000m and was awarded to another Brazilian - Yeltsin Jacques.

His time of 15min 13.62sec is the new area record for South America.

Japan claimed silver and bronze behind him, courtesy of Kenya Karasawa and Shinya Wada.

All of the top four set new personal bests - with Colombian Mayerli Buitrago Ariza winning silver with a new area record of 9.94m.

China's Dong Feixia set a new Asian record in the women's F54 discus throw with a best throw of 26.64m.

Diana Dadzite gave Latvia its first Paralympic medal of the Games, finishing second with a throw of 25.02m - a new personal best.

Bronze went to Rosa Maria Guerrero Cazares, with a best of 24.11m.

José Gregorio Lemos Rivas threw just twice - in his opening and closing rounds - on his way to gold in the men's F38 javelin, having confidently broken the world record in round one with a mark of 60.31m.

Vladyslav Bilyi of Ukraine set a new European record with 55.34m, while the champion's compatriot Luis Fernando Lucumí Villegas claimed bronze with a throw of 54.63m.

Tomoki Sato broke the Paralympic record in the men's T52 400m final, winning gold in 55.39 as he soared past American Raymond Martin in the last 50 metres.

Hirokazu Ueyonabaru made it two Japanese athletes on the podium, picking up bronze.

Di Dongdong added to the Chinese silverware in the men's T11 long jump, beating world record holder Lex Gillette of the United States to gold with a jump of 6.47m.

Lech Stoltman of Poland was the bronze medallist, marginally ahead of the RPC's Sergei Sokulskii, who broke the F54 world record.

Ahmed Ben Moslah of Tunisia broke the African record with a throw of 14.50m for silver, and João Victor Teixeira de Souza Silva of Brazil was the bronze medallist with a South American record of 14.45m.

Finally, Poland's Roza Kozakowska left the Olympic Stadium with a smile on her face, having won the women's F32 club throw with a new world record of 28.74m.

Anastasiia Moskalenko of Ukraine was second with a best of 24.73m and Algerian Mounia Gasmi was third.

Alia Issa, a member of the Refugee Paralympic Team, threw a best of 16.33m for eighth place.