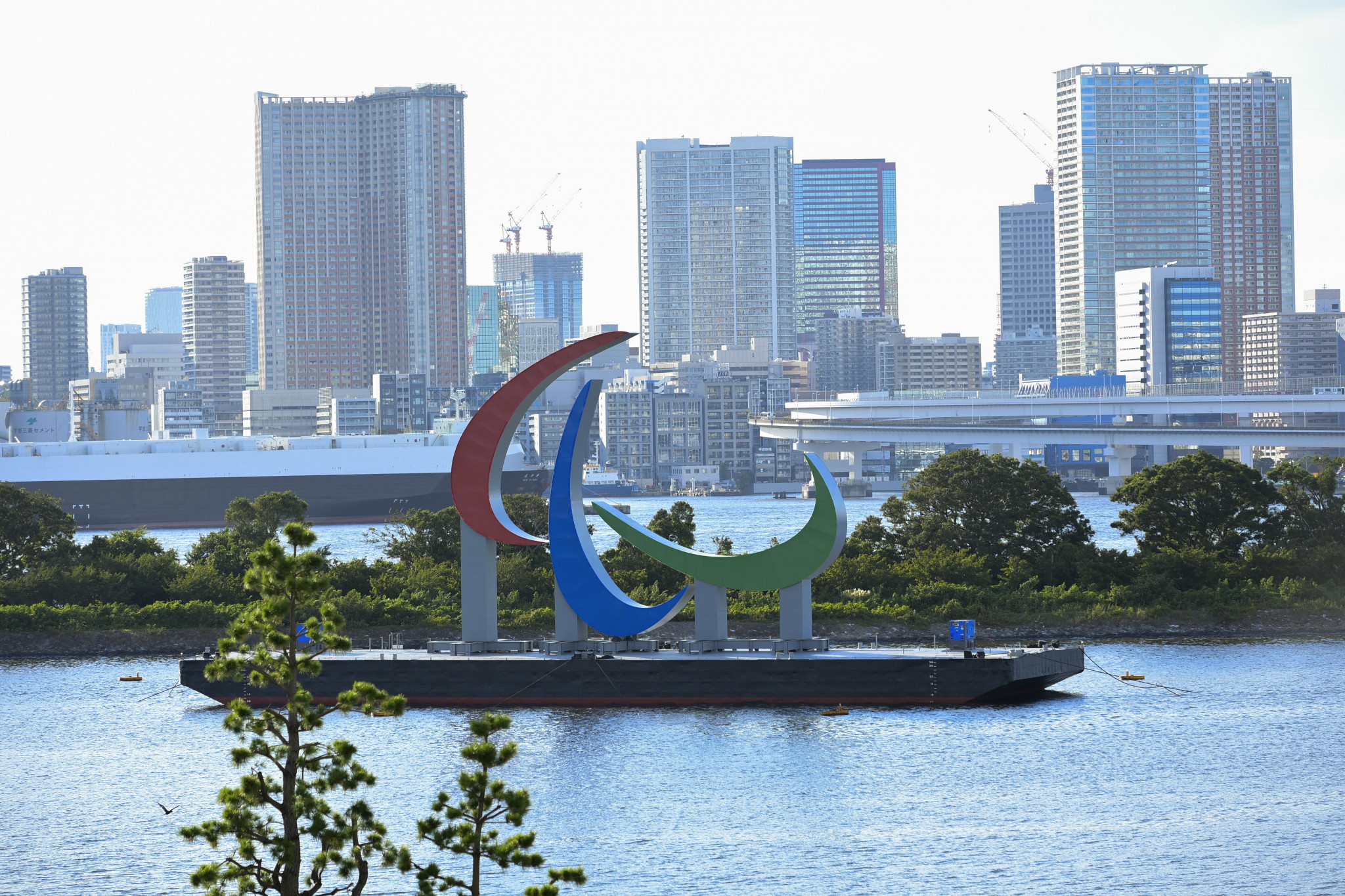 The International Paralympic Committee (IPC) has vowed to protect Afghan athletes Zakia Khudadadi and Hossain Rasouli during their stay here in Tokyo following a "remarkable" journey to the Paralympic Games.

Craig Spence, spokesperson for the IPC, struggled at times to keep a lid on his emotions during a press conference where he gave details on the arrival of Khudadadi and Rasouli to the Paralympic Village last night.

It was confirmed that the two athletes were evacuated from Taliban-controlled Afghanistan on August 23 before seeking refuge in France.

Khudadadi and Rasouli trained at the National Institute of Sport Expertise and Performance in Paris while the IPC worked to secure them flights to Tokyo.

Following their arrival in the Japanese capital at 6pm local time last night, Khudadadi and Rasouli were transported to the Paralympic Village where they were met by IPC President Andrew Parsons and Chelsey Gotell, chair of the organisation’s Athletes' Council.

They then attended a private meeting along with Spence, Afghanistan’s Chef de Mission Arian Sadiqi and two other members of staff from the IPC.

"As you can imagine the meeting was extremely emotional, there were lots of tears from everyone in the room," said Spence.

"It was a remarkable meeting.

"Having seen images of the athletes being evacuated on the plane to see them in person in front of us safe and well in the Paralympic Villages is something I don’t think anyone we will ever forget.

"It underlined the ability of sport to bring humanity together."

Good news at last. Afghan athletes Zakia Khudadadi and Hossain Rasouli have arrived in Japan. Zakia will be the first women Afghan athlete to compete in the Paralympics since 2004. #Tokyo2020 pic.twitter.com/ahLVFFE7Yz

Hopes of Khudadadi and Rasouli competing at Tokyo 2020 appeared to have been dashed when Islamist group the Taliban swept to power in Afghanistan, forcing all commercial flights to be cancelled as people scrambled to leave the country.

Spence revealed that the decision to feature Afghanistan’s flag at the Opening Ceremony of the Paralympics on August 24 was the "first step to keeping the door open" for them to compete.

"While in Afghanistan both athletes continued to express a desire to compete at the Tokyo 2020 Paralympic Games," said Spence.

"Once that became public, a global operation was kickstarted including several organisations, people and Governments from around the world to try to evacuate these athletes from Afghanistan.

"Each day the IPC has been updated on the whereabouts of the status of the athletes and check on their mental health.

"As you can imagine the situation they have gone through over the last few days and weeks is a really serious one and for us their mental well-being and health has been our top priority.

"The security around such an operation has been intense."

Khudadadi and Rasouli had returned two negative polymerase chain reaction (PCR) tests for COVID-19 in the 96 hours and 72 hours before departure and were tested once again upon arrival at Haneda Airport in Tokyo.

With Afghanistan on Japan’s COVID-19 "red list" due to coronavirus figures in the nation, the IPC said Khudadadi and Rasouli must undergo a three-day quarantine period, keeping away from the other athletes.

Khudadadi will be Afghanistan’s first female athlete to participate at the Games since Athens 2004 when she takes part in the women’s K44 under-49 kilograms taekwondo competition on Thursday (September 2).

Rasouli is scheduled to compete in the men’s long jump T47 on Tuesday (August 31).

Spence said he had warned Khudadadi and Rasouli to expect "a lot of attention" and confirmed the pair would not need to speak to the media during their time in Tokyo.

"We have a duty to protect these athletes and that starts with their welfare and their mental health," said Spence.

"The last thing they want at the moment is to be asked multiple questions about what has gone on or the future.

"It is our duty to respect those wishes and we will continue to do that.

"If they turn around and say we want to speak we will respect that, but at the moment they have just had a very intense week that I don’t think anyone in this room can possibly imagine.

"Where do they go next?

"That will be a question that will be open to the athletes to choose.

"This is their first Paralympic Games.

"For any athlete it is a daunting experience going into the Village.

"We were very keen not overload them, we wanted to make sure they feel loved and welcome and make them feel part of the Paralympic family."

The arrival of Khudadadi in Japan was also hailed by World Taekwondo President Chungwon Choue.

"World Taekwondo is delighted to have been able to play a part in ensuring Zakia and Hossain can come to Tokyo and be a part of these historic Paralympic Games," Choue said.

"At World Taekwondo we believe strongly that everyone should have access to sport irrespective of their gender, nationality or ability.

"Zakia and Hossain’s determination to overcome adversity is an inspiration to all of us.

"We thank the IPC and the Centre for Sports and Human Rights, and the countless others for their meaningful collaboration.

"We are proud to have been part of this partnership. Working together, sport can play a powerful role in promoting peace and inspiring hope."