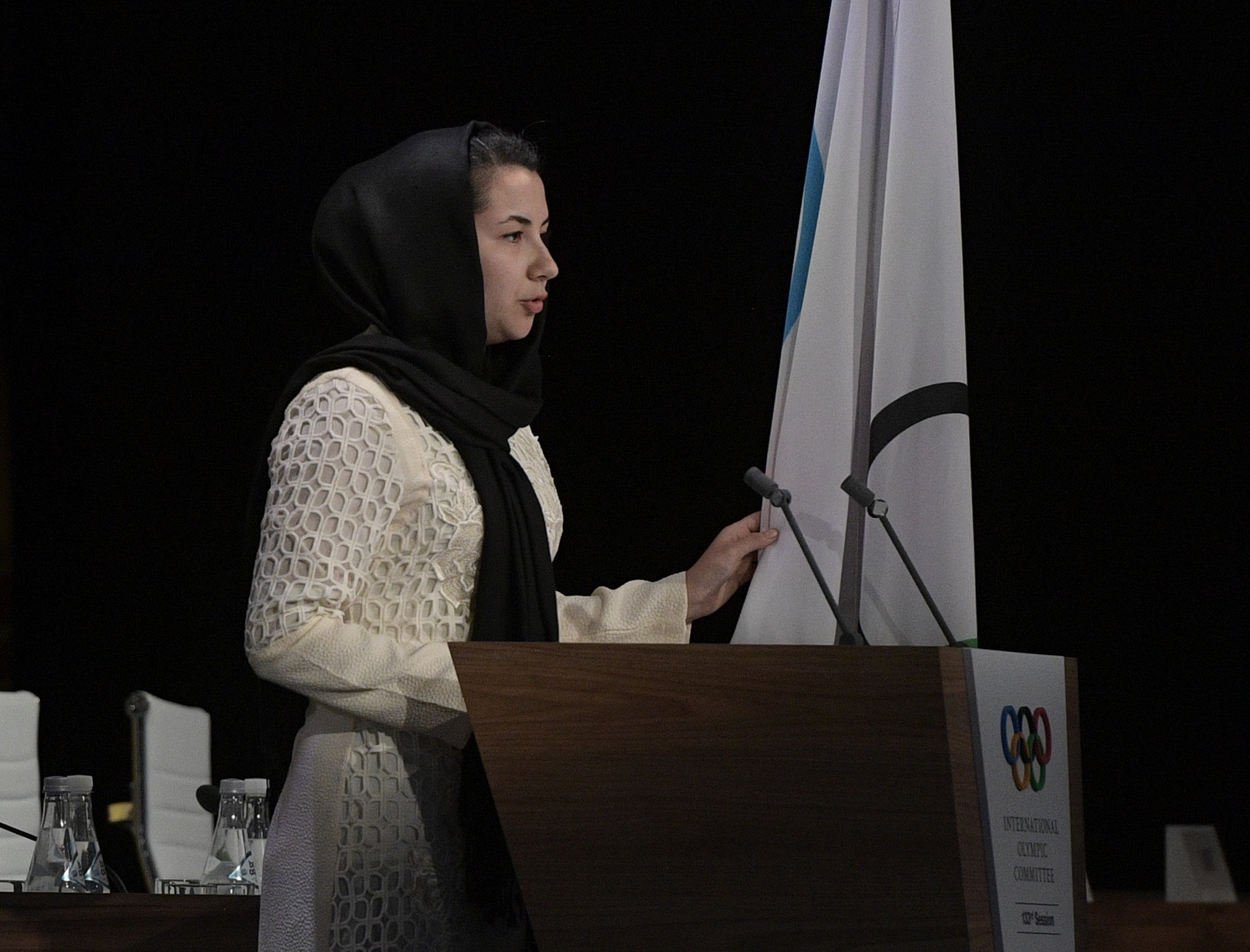 In a tweet posted today Asghari writes: "Please Afghanistan national female athletes, coaches and their entourage need your help, we must get them out of Taliban's hands means out of Afghanistan in particular Kabul.

"Please do something before it is too late."

Asghari tagged the accounts of the United States’ diplomat Ross Wilson, the US 3x3 basketball team and the US Olympic and Paralympic Committee.

The IOC member's last tweet was on August 15, in which she said she was heartbroken at the resurgence of the Taliban.

The Taliban has swept back to power in Afghanistan in a development that has raised serious fears over what it will mean for women’s rights and women’s sport, which the group views as un-Islamic.

Zakia Khudadadi had been due to become the first female athlete to represent Afghanistan at a Paralympic Games at Tokyo 2020, but it was announced earlier this week that the situation and lack of flights from the country meant that she would no longer be able to participate in the Para taekwondo competition.

As reported by Kyodo News, Khudadadi has also appealed for support to reach the Paralympics.

"I am an Afghan woman, and as a representative of Afghan women, I ask you to help me," Khudadadi said.

"My intention is to participate in the Tokyo 2020 Paralympic Games.

"Please hold my hand and help me."

The 23-year-old said she is "imprisoned inside the house" with relatives in Afghanistan’s capital Kabul, and "cannot even go outside this house with confidence and with security to go out to buy a few things for myself or to train."

#Please Afghanistan National Female Athletes, coaches and their entourage need your help, we must get them out of #Talibans hands means out of #Afghanistan in particular #Kabul
Please do something before it is too late @USAmbKabul @usab3x3 @USOPC_News pic.twitter.com/HeS6KVb3SO

Afghanistan sent five athletes to the Tokyo 2020 Olympic Games and one to the Paralympic Games in Rio de Janeiro in 2016.

However, the International Paralympic Committee (IPC) confirmed earlier this week that the country would no longer feature at Tokyo 2020.

A spokesperson for the IOC said when asked about Asghari's tweet: "The IOC is monitoring the situation and is in contact with the sport community in Afghanistan.

"At the same time, we have forwarded relevant information to a number of responsible Governments.

"For obvious reasons of security of concerned people, we would not comment further at this stage."

Asghari is the first IOC member from Afghanistan.

She was elected in October 2018, and is a peace and human rights advocate in her country.

The Taliban has declared victory in Afghanistan, as well as its intention to form a new Government and establish international relations after taking the capital Kabul.

Female employees in some areas taken over by the group have been told not to return to their jobs, while in others women must wear a burqa if they leave home, and must be accompanied by a male guardian.

The group said this week that it will respect’s women’s rights "within the framework of Islam", and would welcome women in Government positions.

The Taliban imposed severe restrictions on women during its rule of Afghanistan in the late 1990s, but was removed from power in an operation led by US forces in 2001.

An "agreement for bringing peace" was signed between the Taliban and the US in February 2020 during the Donald Trump administration, and President Joe Biden announced in April this year that all US troops would leave Afghanistan by September 11.

However, in recent weeks the Taliban has advanced across Afghanistan, and the country’s President Ashraf Ghani fled on Sunday (August 15).

Kabul’s airport has been closed to commercial flights, but thousands have been desperately attempting to escape the country, with videos showing huge numbers of people on the runway, while others have fallen to their deaths after attempting to cling to an aircraft as it took off.