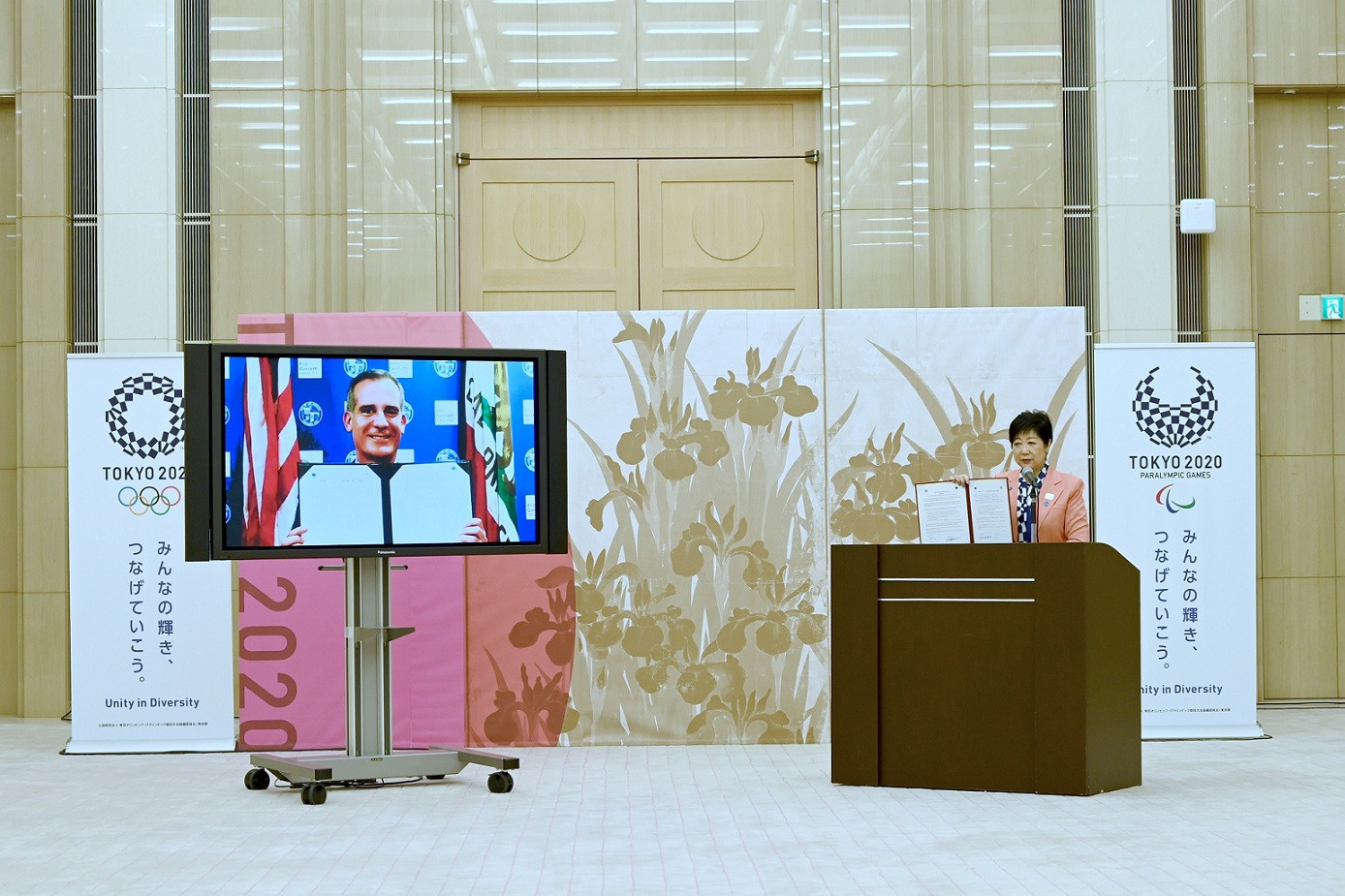 The Tokyo Metropolitan Government and the City of Los Angeles have signed a Memorandum of Understanding (MoU) during the Tokyo 2020 Paralympic Games to maintain a working relationship in the build-up to Los Angeles 2028.

The cooperation agreement was signed today by the Mayor of Los Angeles, Eric Garcetti, and Tokyo Governor Yuriko Koike.

Part of the accord between the two cities will aim to create a "green and sustainable recovery from the COVID-19 pandemic".

Tacking climate change and improving diversity are also be among the areas covered in the document.

It is a renewal of the MoU signed in July 2018 and outlines that the host cities for the Games share best practices and create legacy initiatives.

It also looks to respond to the climate crisis by halving carbon dioxide emissions by 2030 and achieving net-zero emissions by 2050 as they say it is now the "Time to Act".

Resilience to natural disasters, promoting friendship, working towards gender equity and green initiatives between the cities' ports are additionally included.

Garcetti, who signed the MoU, is unlikely to be Mayor of Los Angeles for much longer, and poised to become the United States ambassador to India instead.

The Tokyo 2020 Olympics took place from July 23 to August 8 and the Paralympics are ongoing, scheduled to end on September 5.

The LA28 Olympics are set to take place from July 21 to August 6 in seven years' time, and from August 22 to September 3 for the Paralympics.