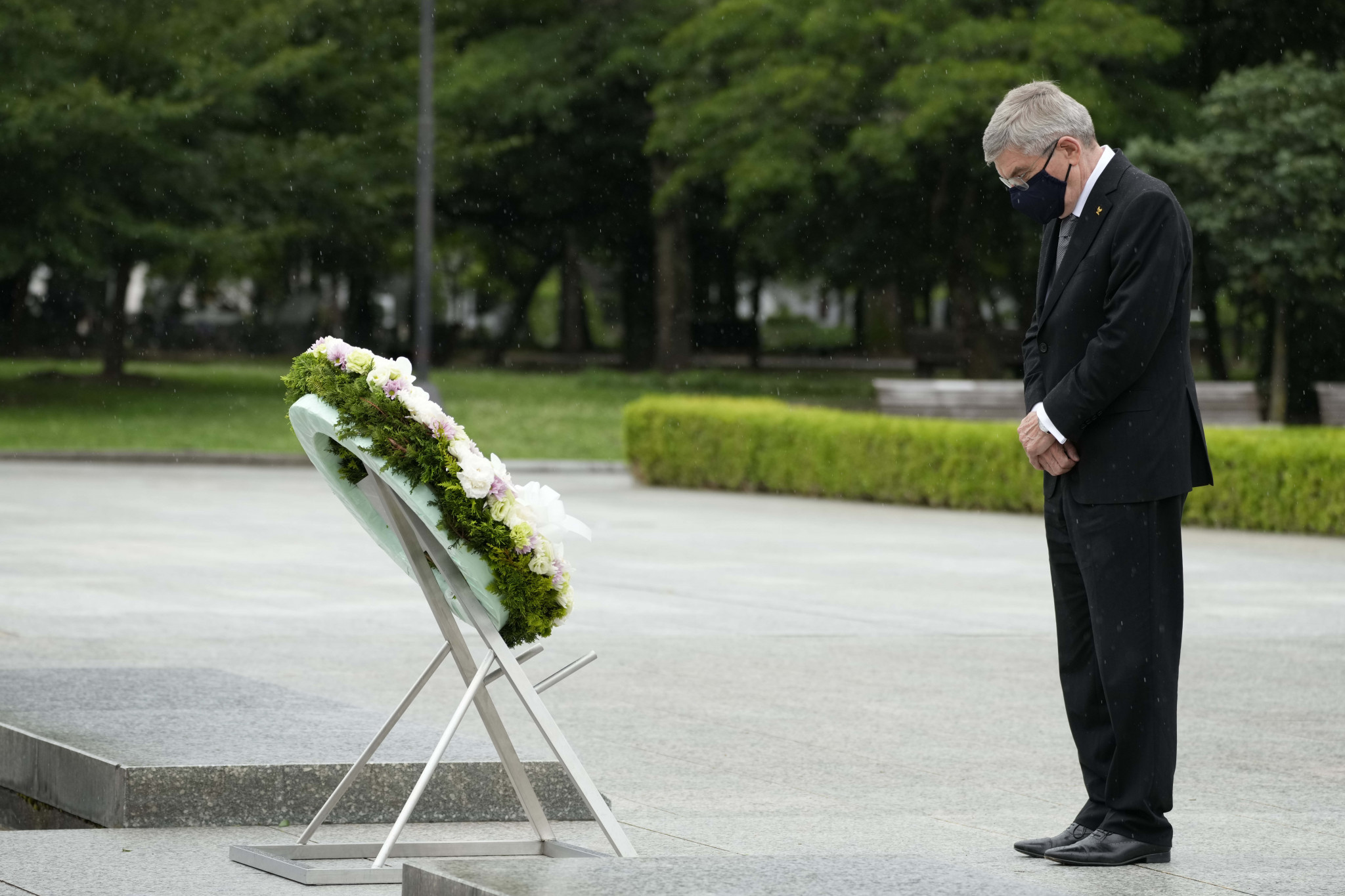 Tokyo 2020 has confirmed they are following the directions of the International Olympic Committee (IOC) and do not plan to make any specific commemoration of Hiroshima’s atomic bomb victims today.

Instead, the event will be commemorated during Sunday’s closing ceremony.

Tokyo 2020 spokesperson Masa Tayaka said: "There will be a portion during the closing ceremony which will be called ‘moment of remembrance’ where people will be able to share their thoughts and prayers with all those who have been lost.

"In my understanding, the IOC would like to extend its sympathy with the people of Hiroshima within that section."

The first atomic bomb was dropped on Hiroshima 76 years ago today.

It was followed by a second bomb three days later which fell on Nagasaki.

IOC President Thomas Bach paid a visit to the Peace Memorial Park in the city of Hiroshima before the Games began.

Following his visit, Hiroshima Mayor Katsumi Matsui called for a moment of remembrance on the day.

"I am hoping that athletes and Games-related people will touch upon the reality of the atomic bombing in some way," Matsui said.

Some in Hiroshima had expressed disappointment that there would be no commemoration on the day itself.

At the prospect of no moment of remembrance on August 6, Toshiyuki Mimaki of the Hiroshima Bomb sufferers organisation told Asahi Shimbun: "I am disappointed.

"I don’t think having a brief moment of prayer would meet with objections from people around the world.

"It’s a shame that Bach came to the Hiroshima Peace Memorial Museum and yet it didn’t make him feel like calling for a moment of silence."

The Tokyo Olympics in 1964 specifically paid homage to Hiroshima by selecting young athlete Yoshinori Sakai, who was born on the exact day the bomb fell in 1945, as the final Torchbearer.