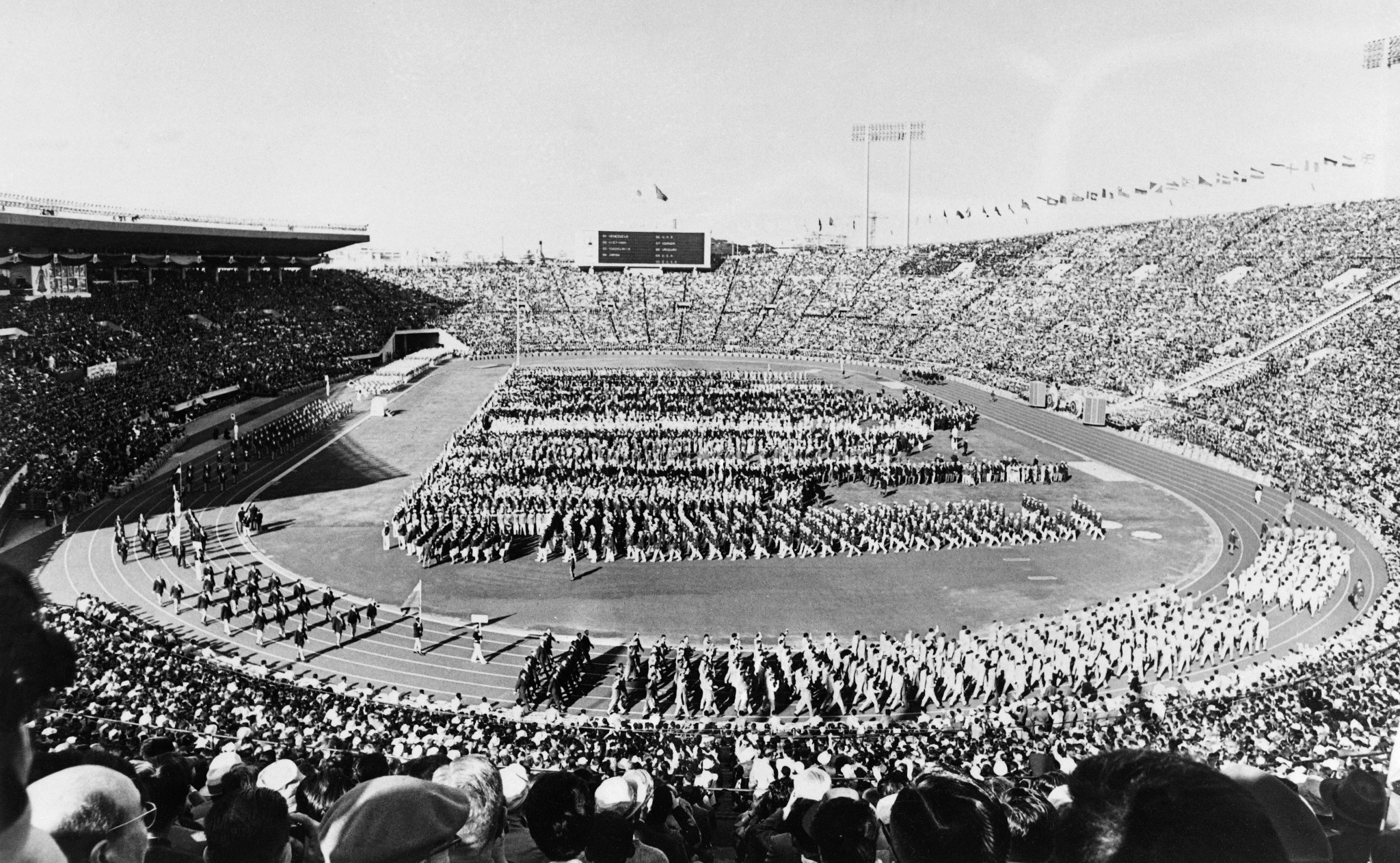 Japan House in London is to celebrate the first Tokyo Olympics of 1964 with a special exhibition which opens during the second week of Tokyo 2020.

"Designing Tomorrow" will tell the story of Games which were "Japan’s first, large-scale engagement with the world after the Second World War."

They represented a desire to show a new peaceful nation to the world and this was reflected in the symbolic choice of teenager Yoshinori Sakai to light the final Cauldron.

Sakai had been born the very day the atom bomb was dropped on Hiroshima in 1945.

This was also the era of the "bullet train" and other Japanese technical innovations including the first colour television transmissions from the Games.

The exhibition in London’s Kensington district will feature exhibits never before seen in the United Kingdom, many of which have been loaned by the Prince Chichibu Memorial Sports Museum in Tokyo.

"It illustrates Japan’s powerful emergence on the world stage after the dark years of the Second World War and how this Japanese design vision has influenced, and still influences, so much of what is now," museum director Hiroyuki Kawamura said.

The original Tokyo 1964 posters by Yusaku Kamekura are to be part of the display.

These were striking for their use of specially commissioned photographs and are now regarded as design classics.

The Games were also the first to use pictograms in a meaningful way.

"This exhibition shows how the design project for the Tokyo 1964 Olympic Games, the first to be held in Asia, was revolutionary in creating a unified language by which to communicate the Games," said Kawamura.

"It became the blueprint for subsequent major international sporting events."

A scale model of the Olympic Memorial Tower and Kenzo Tange’s memorable design for the Yoyogi National Gymnasium are among the exhibits.

There are also examples of the crafted furisode kimonos worn at medal presentation ceremonies.

An accompanying series of events also feature the story of the Japanese women’s volleyball team known as the "Witches" which won gold on the first occasion the sport was part of the Olympic programme.

There is also material from the successful 1964 Paralympic Games which was the first to use the term at the time.

The display is open everyday from August 5 to November 7, but visitors must pre-book online, and can do so here.