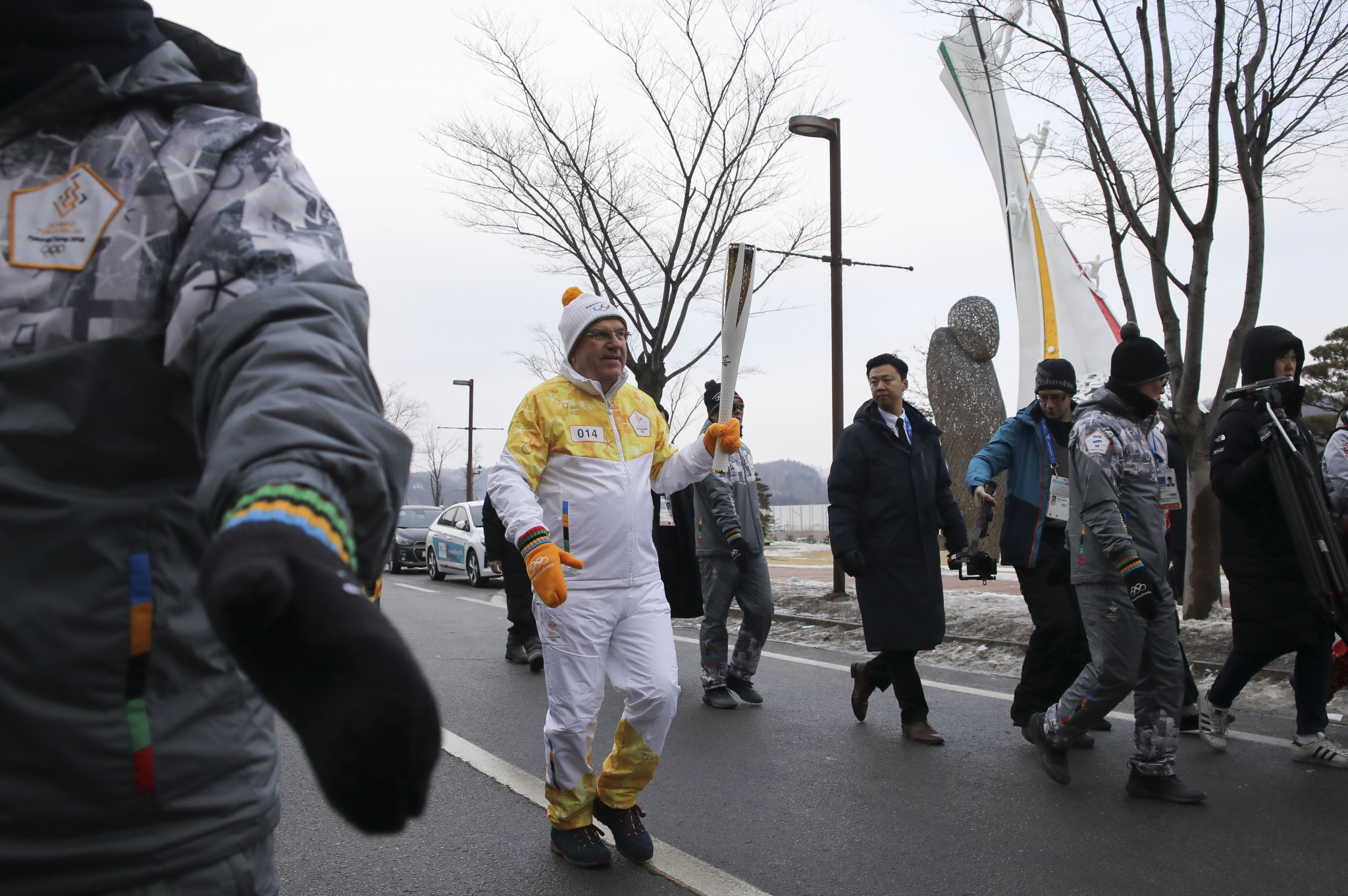 International Olympic Committee (IOC) President Thomas Bach will not carry the Olympic Torch this week as it completes its 121 day journey to Tokyo 2020.

An IOC spokesman said the decision had been taken in line with COVID-19 precautions, and to "set an example".

It had originally been intended that Bach would watch the Torch when it visited Hiroshima in May, but his visit to the city only became possible this week.

When the Relay was first introduced for the 1936 Berlin Games, the IOC President did not take part.

But after Juan Antonio Samaranch carried the Flame in 1992 in his home city of Barcelona, it became customary for the IOC President to participate in the Relay.

Jacques Rogge was a bearer for Athens 2004 in Lausanne.

At Pyeongchang 2018, he handed it to UN General Assembly President Miroslav Lajčák.

No other overseas IOC member or employee will carry the Tokyo 2020 Torch either as it journeys to the Opening Ceremony here on July 23.

Headquarters staff in Lausanne, who usually ballot for places, have also had to give up their spots.

Last week, Tokyo 2020 announced it was closing the waterfront areas in the city where the cauldron for the Flame has been installed.

Officials had planned to "restrict access around the cauldron area and ask members of the public to refrain from visiting it".

When the decision on the cauldron's location, close to the Yume no Ohashi bridge, was first announced in 2018, organisers explained that it was "so as many people as possible can view the Flame".

It was a move which followed Rio 2016's example of placing the cauldron in a city location.

COVID-19 precautions have also meant that it will not be possible for key figures from the Flame's lighting ceremony to be present in Tokyo.

High priestess Xanthi Georgiou, who kindled Tokyo's Flame in Olympia in March 2020, has been forced to remain in Greece along with ceremony choreographer Artemis Ignatiou.

This time, no guests of the IOC are permitted at the Games, and only essential operational staff have been accredited.

The Tokyo 2020 Flame was kindled in Olympia in March last year in front of no spectators, as COVID-19 precautions closed all archaeological sites in Greece.

The Relay in Greece was then suspended after crowds flocked around film star Gerard Butler as he carried the Flame in Sparta.

The official handover to Tokyo 2020 was also conducted in a truncated and socially distanced ceremony at the Panathenaic Stadium in Athens.

The passage of the Torch through Japan was delayed for a year after the postponement of the Games.

But the Relay is now in the Tokyo Metropolitan area, albeit with only brief "alternative lighting format" ceremonies.

The majority of the Relay to the Opening Ceremony has taken place "off road" without involvement from the public, with the event a far more low key occasion when compared to other Games.