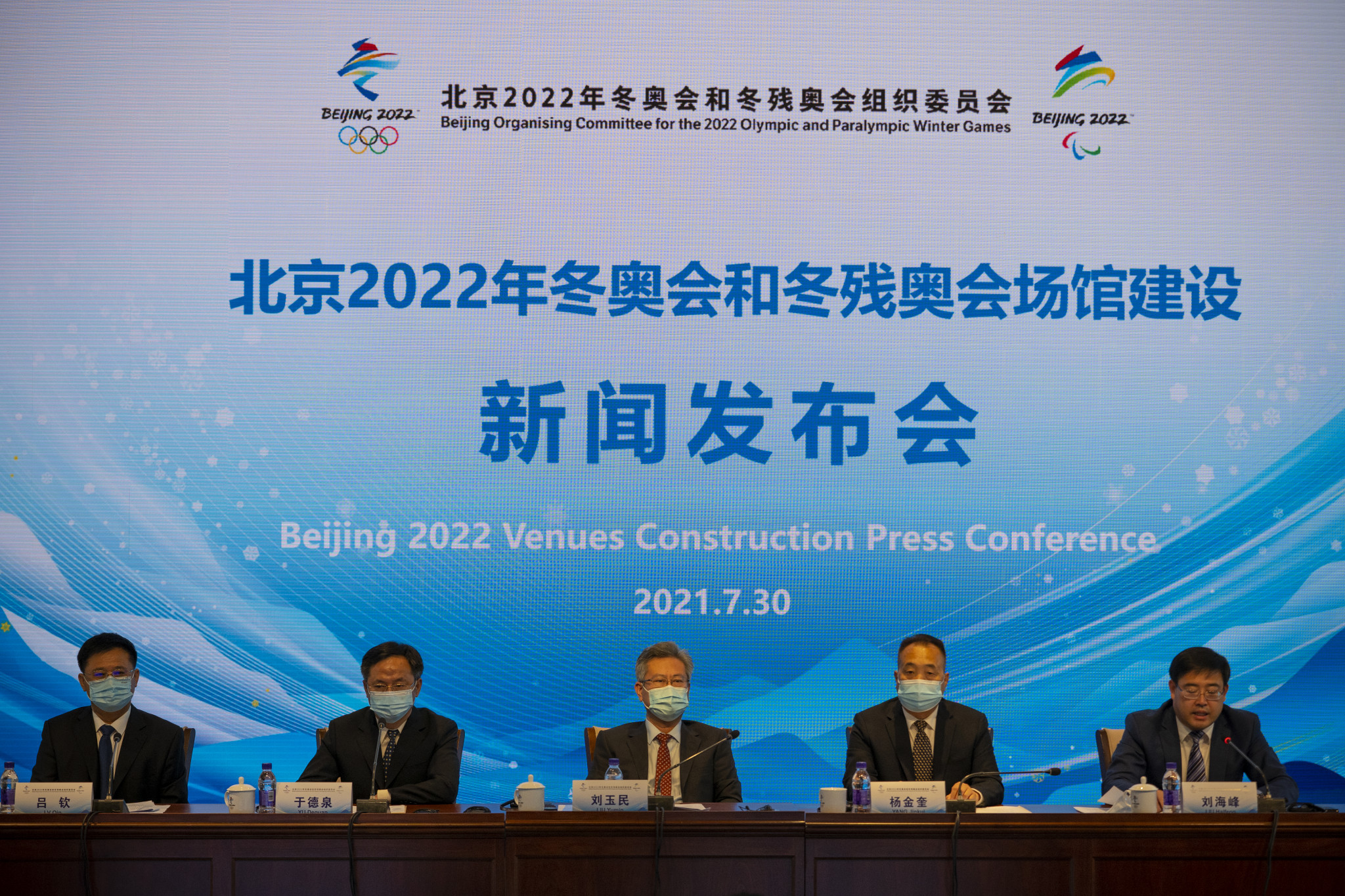 The National Stadium's redevelopment for the Beijing 2022 Winter Olympics Opening and Closing Ceremonies is scheduled to be completed in October, four months before the start of the Games.

Commonly known as "The Bird's Nest", the 91,000-capacity venue has entered the transformation phase in preparation for the Opening Ceremony, which is set to take place on February 4 2022.

At the Beijing 2008 Olympic Games, the National Stadium also held the Opening and Closing Ceremonies.

According to Yang Jinkui, director general of the Beijing 2022 Paralympic Games Integration Department, the construction of accessible facilities in all 12 competition venues and three Winter Olympic and Paralympic Villages has also been completed with the main construction and passed all measures during the "Experience Beijing" testing activities in February and April.

"In accordance with the requirements of delivering a ‘simple, safe and splendid' Games, we will continue our good job in the accessible optimisation of the permanent facilities of the venues," said Yang.

"We will also continue to deliver in the design and construction of temporary facilities, as well as the connection between temporary and permanent facilities, and strengthen training for venue operation teams.

"Finally, we will combine the construction of the Winter Games venues with sustainable urban development and work with the host cities to create an accessible environment that reflects the level of social civilisation and progress, so as to leave a rich legacy for the host cities."

The Zhangjiakou Winter Olympic Village was completed in June this year.

The Mountain Press Centre, the Mountain Broadcast Centre, the Medals Plaza, and the Uniform Distribution and Accreditation sub-centre are all continuing their renovations for the Games on schedule, according to organisers.

The Beijing 2022 Winter Olympics are scheduled to take place from February 4 to 20, followed by the Paralympics from March 4 to 13.