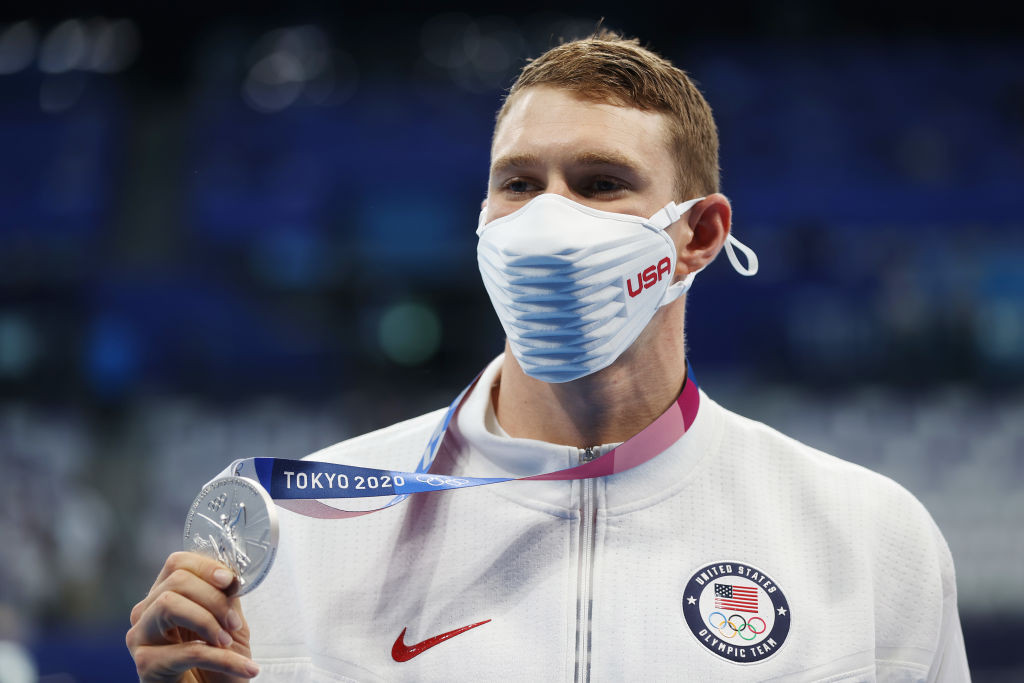 Ryan Murphy of the United States, who won swimming silver in today’s men’s 200 metres backstroke final behind Evgeny Rylov of the Russian Olympic Committee (ROC), told a media conference that he could not be sure the race was clean.

Murphy said he was not directly accusing Rylov, who earlier won the men’s 100m backstroke title, of doping, but responded:

"What’s frustrating is that you can’t answer that question with 100 per cent certainty.

"Over the years that has kind of come out.

"I can’t answer that question.

"I don’t know if it was 100 per cent clean and that’s because of things that have happened over the past."

Asked to explain his comments, Murphy, who finished ahead of Britain’s Luke Greenbank, referenced the International Swimming Federation (FINA) in adding:

"To be clear, my intention is not to make any allegations here.

"Congratulations to Evgeny and Luke, I think they did an incredible job.

"They both work really hard, got great technique.

"At the end of the day, I do believe there’s doping in swimming.

“That is what it is.

“I met the new FINA executive director [Brent] Nowicki at Olympic trials and we were talking about FINA and things they want to do to push the forward.

“He was asking for my take and I was like, FINA needs to be a little bit more transparent both on the financial side and on the drug-testing side.

“He said, we are working on it, it’s gonna be hard and it’s gonna take a long time to clear this sport of doping.

“When you hear that from the top, that’s tough to hear.

“That’s what I believe.”

Asked to comment on Murphy's response that he didn't know if the men's 200m backstroke final was clean, Rylov said: “I have not heard of these comments.

“Ryan has all the right to think what he does and say what he says.

“The time will tell.

"He didn’t accuse me of anything, so that’s why I don’t have anything against him.

"I have always been for clean conditions [in the sport].

"I always do my tests and I’m devoting my whole life to this.

"I don’t even know how to react to that.”

Asked whether he believes the ROC team should be competing at the Olympics, Murphy responded:

“I don’t have an objection.

"As I said, there are people that know a lot more about this situation than I do.

"I’m training to be the absolute best athlete I can be.

"I don’t have time to get involved in this situation.

"But there’s a situation, and that’s a problem.

"I’m sorry that there’s a situation, but I don’t know enough about it to give a 100 per cent certain answer."

In response to Murphy's comments, Honorary President of the Russian Olympic Committee Alexander Zhukov told Russian state news agency TASS: "It is frustrating to lose, but it is not fair to our [athletes].

"You have to be able to lose.

"I believe that he [Murphy] should apologise."

Rylov has since said that Murphy apologised to him.

"We have exchanged messages on our Instagram accounts, clarifying everything personally to each other and [we] agreed that it was a misunderstanding and that his words were misinterpreted," Rylov said in a statement via the ROC.

"He was asked what he thought in general about possible doping abuse in the sport of swimming.

"He replied that in his opinion not all athletes in this sport are clean.

"He has the right to express his personal opinion and most likely it is a problem somewhere.

"However, he was misinterpreted and his words were used in regards to our swim race, which was the final of the 200-metre backstroke event.

"He wrote me a personal message and apologised for this misunderstanding at the news conference.

"I have already posted my personal opinion [on Internet] about this incident. Everything is all right now and there are no problems at all."