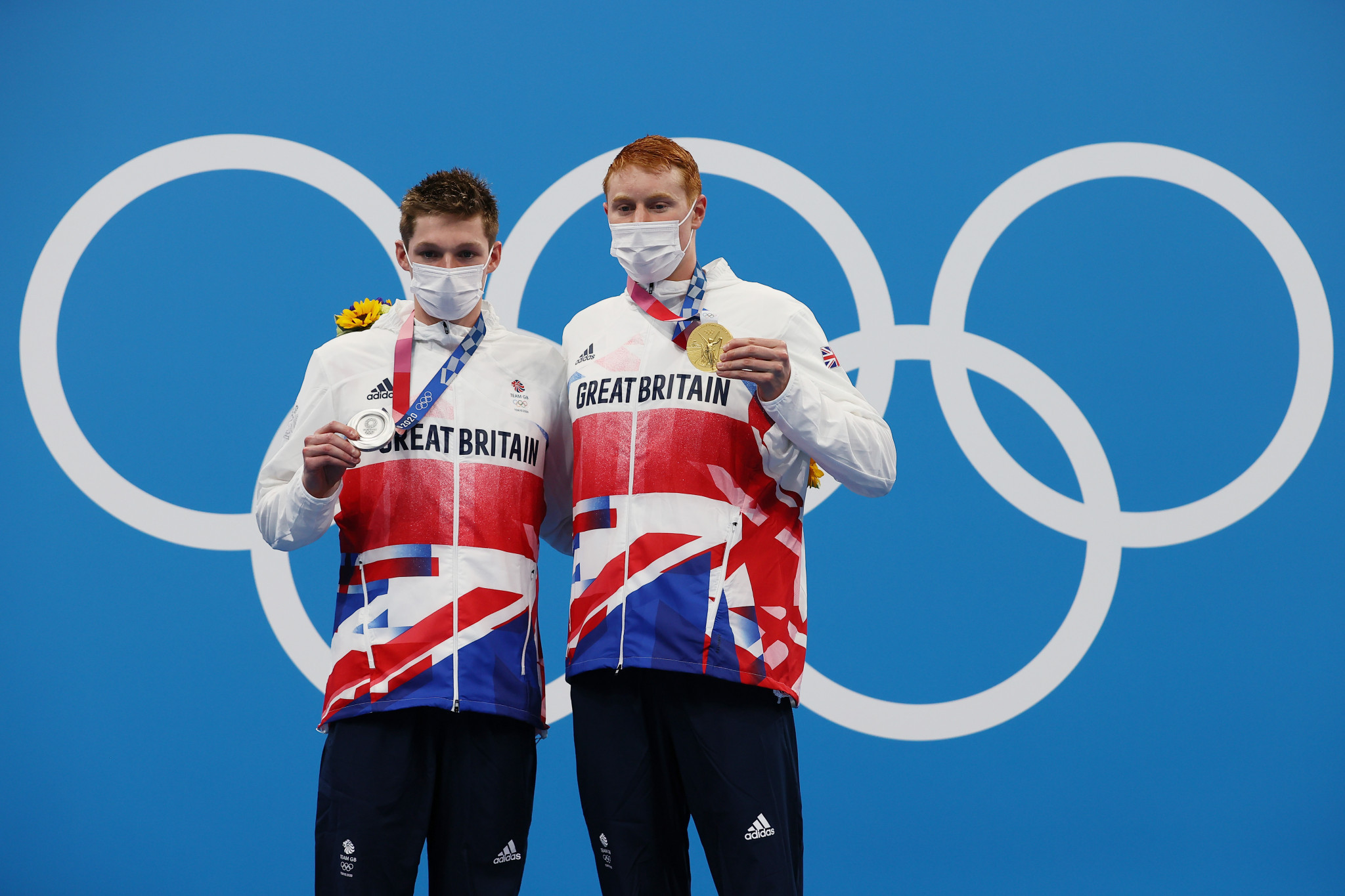 Tom Dean and Duncan Scott gave Britain their first one-two finish in an Olympic swimming pool for 113 years after powering onto the men’s 200 metres freestyle podium at Tokyo 2020 here.

Scott was the fastest qualifier heading into the final, with the two British swimmers expected to contend for medals after boasting the quickest times in the world this year.

South Korea’s Hwang Sun-woo was the fastest in the opening 150 metres, turning for the final time under world record pace.

Hwang was unable to maintain the pace, though, as he drifted back through the field as Scott and Dean surged.

A closely contested finish went the way of Dean.

Dean, who was forced to take two three week breaks from the sport last year after contracting COIVD-19 twice, touched home in a national record time of 1min 44.22.

The 21-year-old’s first Olympic title was won by a margin of 0.04 seconds, with compatriot Scott winning silver.

The rare British one-two in an Olympic pool - the first since Frederick Holman beat William Robinson in the 200m breaststroke at London 1908 - proved too much for some, with Dean and Scott’s team-mate James Guy seen crying in the stands.

Popovici finished 0.02 seconds off the podium places in fourth.

The 21-year-old turned at the 50 metres mark under world record pace, but faced the challenge of Rylov in the closing stages.

Rylov, a two-time world champion over the 200m distance, touched the wall 0.02 seconds before Kolesnikov to win gold in 51.98sec.

The gold was the second Olympic medal of Rylov’s career, following 200m bronze at Rio 2016.

Kolesnikov earned his first Olympic podium finish by securing silver, with Rio 2016 champion Ryan Murphy of the United States’ settling for bronze in 52.19.

McKeown completed the event in a Games record time of 57.47, just 0.3 seconds outside her own world record.

The 20-year-old dedicated the victory to her late father Sholto, who died of brain cancer last year.

Canada’s Kylie Masse held on to secure the silver medal in 57.72, with American Regan Smith rounding off the podium places in a time of 58.05.

There was a surprise in the women’s 100m breaststroke, as America's world record holder and Olympic champion Lilly King suffered defeat for the first time since 2015.

South Africa’s Chad le Clos won his semi-final and was the third fastest qualifier, with the London 2012 gold medallist providing a strong response to earning the 16th and last place in the semi-finals yesterday.