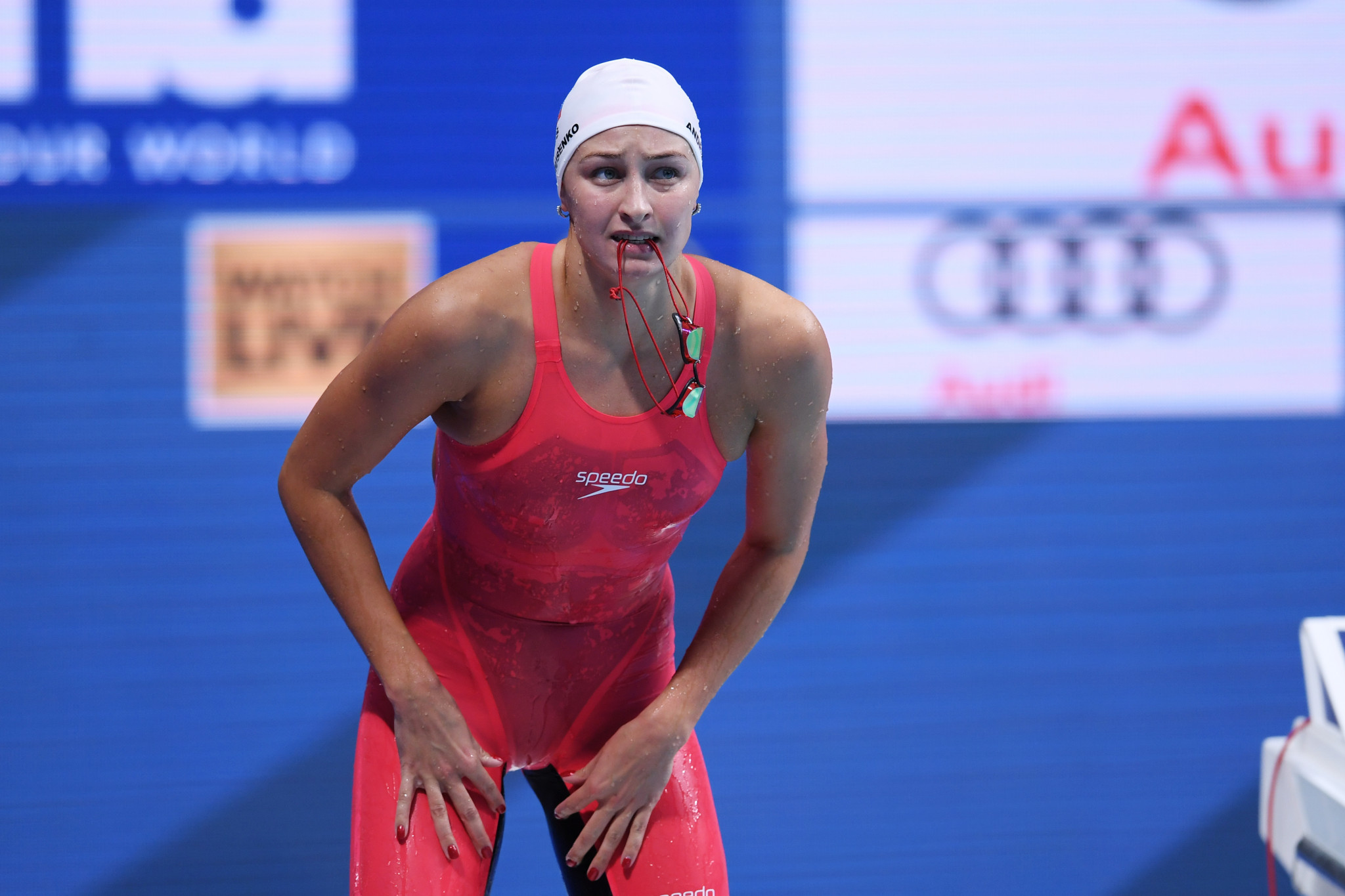 Two ROC swimmers who had been charged with anti-doping rule violations by the International Swimming Federation (FINA) have been cleared to compete at Tokyo 2020 after the Court of Arbitration for Sport (CAS) dismissed the cases against them.

Veronika Andrusenko and Aleksandr Kudashev were provisionally suspended by FINA last Wednesday (July 14), on the basis of World Anti-Doping Agency (WADA) evidence from its investigation into manipulation of Moscow Anti-Doping Laboratory data.

However, the CAS has dismissed FINA's charges and therefore removed the provisional suspensions, freeing the swimmers to represent ROC at the upcoming Olympic Games.

Andrusenko, a two-time Olympian, won a women's 4x100 metres medley silver medal at the 2017 World Championships in Budapest, to go with a bronze won in the same event in Barcelona in 2013.

Andrusenko is entered to compete in the 200m freestyle at Tokyo 2020 and Kudashev is set to race in the 200m butterfly.

"FINA fully recognises CAS as the independent adjudicatory body in cases such as these," FINA President Husain Al-Musallam said.

"We’re grateful for their quick consideration of this matter, and we will both respect and implement CAS's decision.

"FINA is also grateful to WADA for its diligence in bringing the Operation LIMS information to our attention.

"As a proud signatory of the WADA Code, we were duty-bound to follow up quickly and carefully on the material provided.

"FINA remains fully committed to protecting clean athletes and promoting clean competition at Tokyo 2020, just as we do for all the events on our calendar."

Provisional suspensions are optional in cases where an anti-doping rule violation has been brought for reasons other than an adverse sample finding or adverse passport finding, under the FINA Doping Control Rules.

The pair are in a 56-strong team of ROC swimmers for Tokyo and could also contest the relays.

Russia's name, flag and anthem have been banned from the Olympics as part of a package of sanctions imposed on the country by WADA and the CAS because of state-sponsored doping and manipulation of the Moscow Anti-Doping Laboratory data in the "cover-up of the cover-up".

"Neutral" Russian athletes are able to compete at Tokyo 2020 under the ROC banner, and the same system is due to be in place at Beijing 2022.

Russian swimmers were able to compete at Rio 2016 and won four medals.