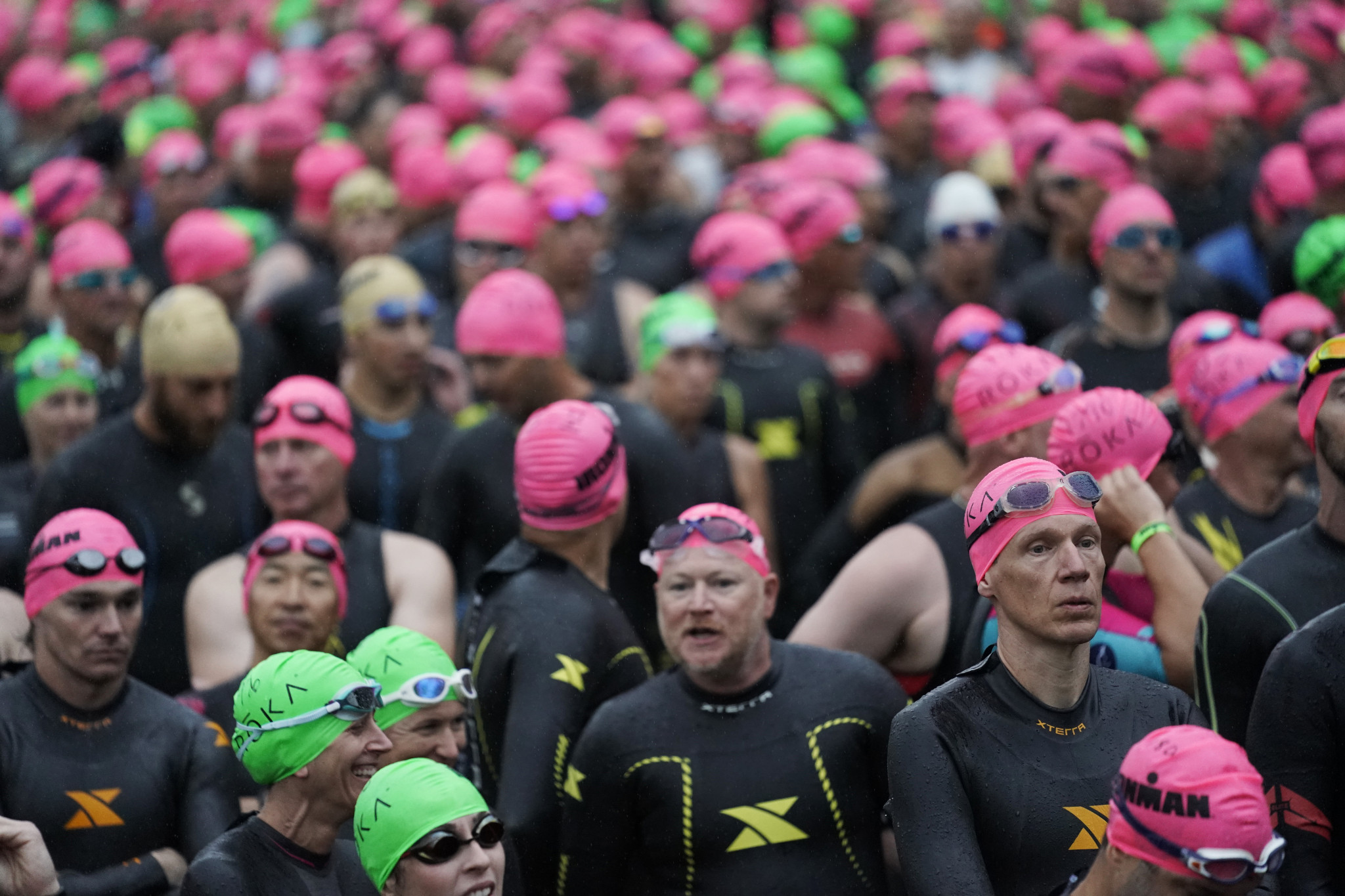 Members of the Lake Placid 2023 Organising Committee staff have lent a hand at a local Ironman race, volunteering their time and observing the event as preparations for hosting the Winter World University Games continue.

An Ironman is a triathlon consisting of 2.4 miles of swimming, 112 miles of cycling and 26.2 miles of running - a full marathon distance.

Director of marketing and communications for Lake Placid 2023 Chris Carroll was part of the team assisting during the swim leg of Ironman Lake Placid, volunteering on his paddleboard.

Tracey Viola, head of medical services and doping control for Lake Placid 2023, was also the medical director for the Ironman contest.

Lake Placid 2023's head of brand, identity and look, Tracy Smith, was also on hand to volunteer in a kayak during the swim section.

Members of Lake Placid 2023 were in attendance to observe how the village operates during major events.

Lake Placid has approximately 2,300 residents and is situated in the Adirondack Mountains in the northern part of New York State.

Organisers of the 2023 Winter World University Games are looking to recruit in a variety of positions including heads of accommodation, delegations and accreditation.

A position for a head of protocol and International University Sports Federation (FISU) relations is also on offer.

Managers are required for sports services and operations as well as overlay installations and drawings.

A material planning coordinator is being recruited too.

We’ll be out and about supporting the Ironman Race today & observing how @LakePlacidAdk operates during large scale events!

The Organising Committee is looking for 1,500 volunteers for the Games.

Lake Placid, Potsdam and Canton are set to host competitions as well as respective Athletes' Villages come the Games.

North Creek, 60 miles south of Lake Placid, is also due to host competition, with athletes expected to be accommodated in hotels instead.

Numerous venues from the 1980 Winter Olympics, including the Mount Van Hoevenberg sliding track, Whiteface Mountain and Olympic Speed Skating Oval, will be used.

The Lake Placid 2023 Winter World University Games are set to take place from January 12 to 22.

University students aged from 17 to 25 are eligible to compete.