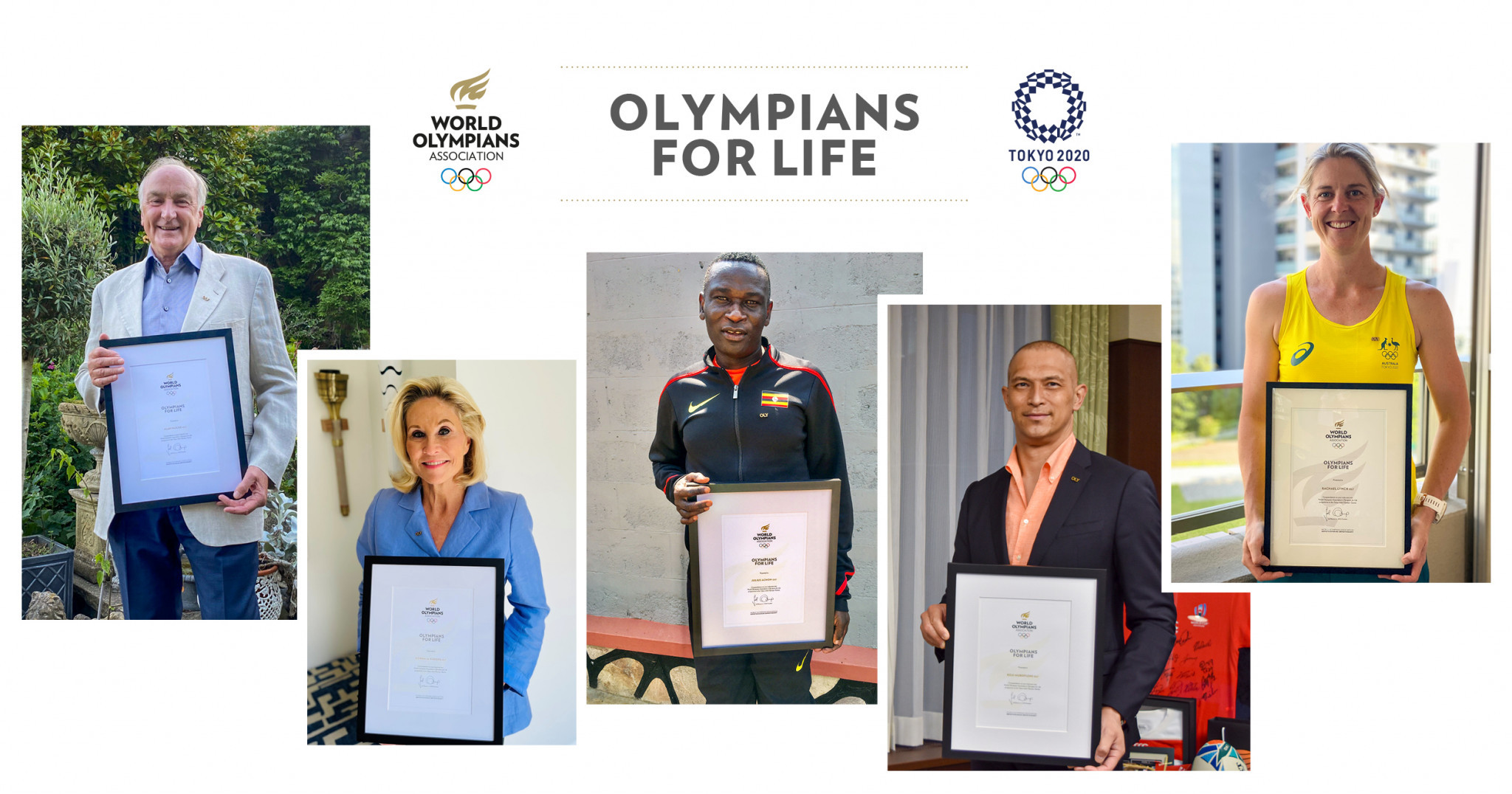 One current and four former athletes were inducted as Olympians for Life at a virtual ceremony and panel discussion organised by the World Olympians Association (WOA).

The award is given to athletes who serve as suitable ambassadors for the Olympic Movement on and off the field of play, and seek to use their platform to improve people's lives.

Australian hockey goalkeeper Rachael Lynch also received the award for her work as a nurse during the COVID-19 pandemic.

The ceremony was opened by Canadian Charmaine Crooks, the former WOA vice-president, who later spoke with each of the five winners.

WOA President Joël Bouzou then welcomed all those present, and explained the background of the Olympians for Life awards.

"An Olympian’s legacy is felt far beyond the field of play," said Bouzou.

"It makes me extremely proud to know that every day, in every country around the world, Olympians are making a positive contribution to the lives of others, working tirelessly to exemplify the Olympic Ideals and ensuring the spirit of Olympism lives on."

The first five winners were bestowed with the honour at the 2016 Olympic Games in Rio de Janeiro, followed by five more at the Pyeongchang 2018 Winter Games - one from each continental zone.

Bach congratulated the winners, and said they had shown what it means to be an Olympian for Life by helping to drive improvements in their communities, and embodying "Olympic values of excellence, friendship, respect and solidarity."

The WOA’s patron Prince Albert II of Monaco, who attended the virtual ceremony, added that the five athletes had all drawn on "their Olympic experience to help make the world a better place."

Achon told those present of how he escaped having been captured as a child soldier by the Lord’s Resistance Army, and after taking up running, ran 72 kilometres to be able to compete in and win his first race.

The Ugandan appeared at the 1996 and 2000 Olympic Games, then founded the Achon Uganda Children’s Fund after adopting a group of orphans in 2003.

He retired in 2011, and his dream of building a health centre in Awake - with the nearest one more than 70km away when he first left - was fulfilled in 2012.

Achon has also served as a Member of Parliament for the Otuke County since 2016, and said his Olympic career offered him the opportunity to change the lives of people in his community.

De Verona appeared at the Rome 1960 Olympic Games at the age of 13, and later won golds in the women’s 400 metres individual medley and 4x100m freestyle relay at Tokyo 1964.

After retiring in 1965, de Verona has passionately promoted equal rights and inclusion in sport, and spoke of her role in ensuring that Title IX of the Education Amendments of 1972 was passed by the US Congress.

This opened up opportunities for women in sport by prohibiting federal funding for any educational facility operating sex-based discrimination.

De Verona said every country should have an equivalent piece of legislation to ensure women and girls are able to freely participate in sport, and spoke of her pride at seeing increasing numbers of countries appear on the podium at women’s competitions at the Olympics.

Murofushi served as sports director for Tokyo 2020 from 2014 until late 2020, when he stepped down after being appointed commissioner of the Japan Sports Agency.

As sports director, Murofushi took responsibility for ensuring that athletes were given the best stage possible at the Games.

He picked out bringing five additional sports to the Olympics as a highlight, with baseball-softball, karate, skateboarding, sport climbing, and surfing all added to the programme - and all bar men's baseball and women's softball making their Olympic debut.

Murofushi became an Olympian for Life for his work in helping the Tohoku region to recover from the devastating earthquake and tsunami in 2011, and using sport as a force for good during the COVID-19 pandemic.

WOA is pleased to announce its newest #OlympiansForLife ✨

Charity work was also cited for Pascoe winning the award, and he stressed the importance of ensuring that the value of staying fit and healthy mentally and physically is instilled from an early age.

The final winner was Lynch, who joined the conference from Tokyo, having helped Australia to win their first two games in group B of the women’s hockey tournament.

Lynch is a registered nurse, and when the pandemic struck opted to stay in Perth to work in a hospital rather than return home to her family.

She said the pandemic had demonstrated the importance of all healthcare workers in society and showed the need to look after each other wherever we can.

Lynch’s work as an ambassador for mental health also contributed to her becoming an Olympian for Life.

The ceremony concluded with Crooks asking each winner to choose a word or phrase which summed up the importance of Olympians’ role in society.

Achon chose "never give up in life", De Verona opted for "commitment", "have a go and take part" was Pascoe’s phrase, Murofushi’s said "keep shining", and Lynch selected "kindness".

Five more Olympians for Life will be chosen at the Beijing 2022 Winter Olympic Games.