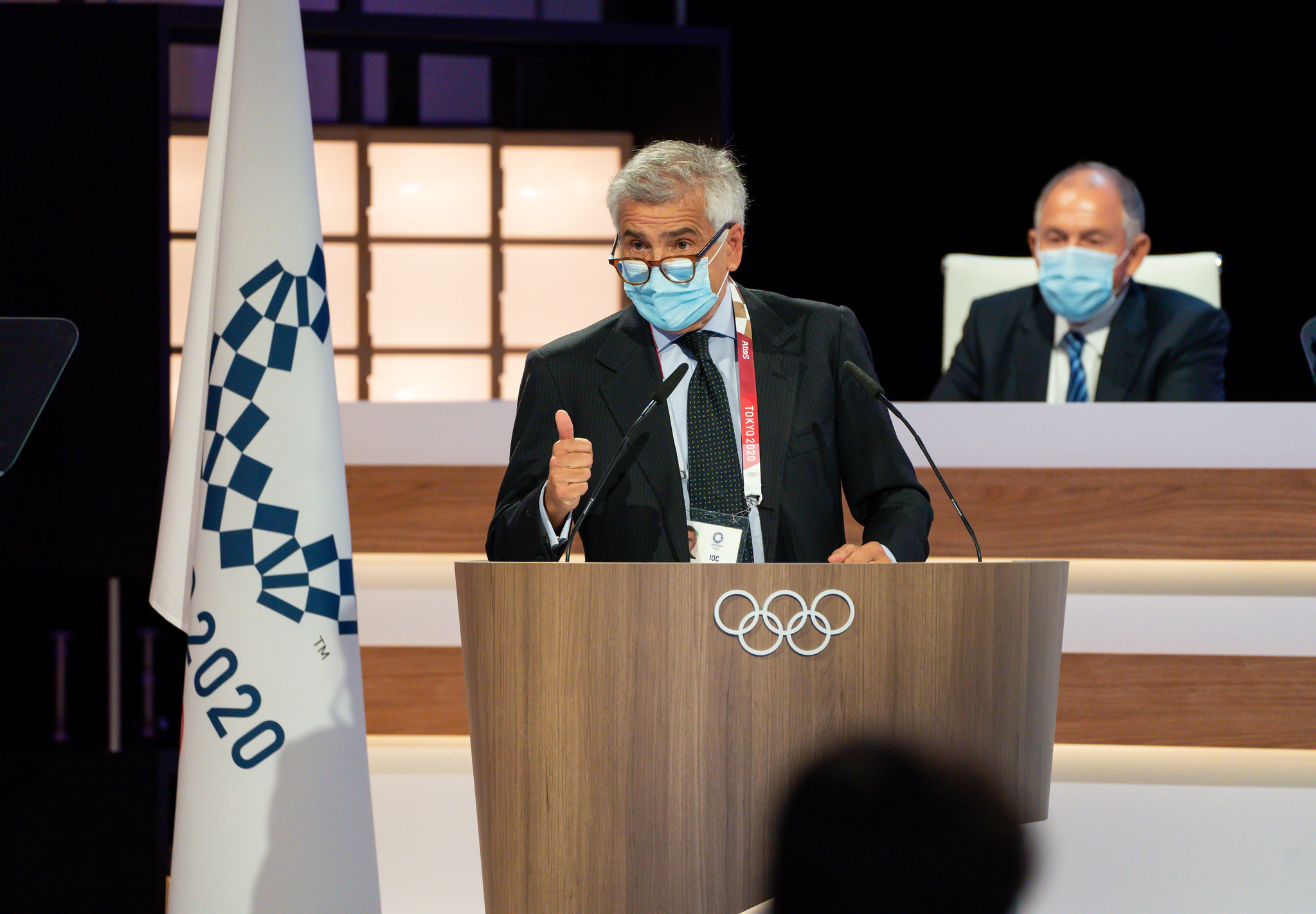 Juan Antonio Samaranch has expressed the International Olympic Committee’s (IOC) desire to have the international community at Beijing 2022, with the Coordination Committee chair stressing the next for successful Winter Olympics and Paralympic Games next year.

Samaranch made the assertion during the 138th IOC Session in Tokyo, which took place prior to the delayed Summer Olympics here.

The Games in the Japanese capital are largely taking place without spectators, owing to Japanese Government restrictions due to the COVID-19 pandemic.

Samaranch promised the IOC would work within the parameters set Chinese authorities to determine the number of spectators who may be present at Beijing 2022.

"We need successful Games in Beijing next year," Samaranch said.

"We want to have spectators, within the limits of the Chinese and international health authorities allow.

"We want to have the international community there.

"We need and we want to have spectators.

"We want to have the opportunity for people to enjoy the hospitality."

The ticketing programme for Beijing 2022 is expected to begin in September, having initially been scheduled for launch in March.

The Beijing 2022 IOC Coordination Commission chair praised legacy projects and sustainability initiatives by Beijing 2022, while acknowledging the challenge of planning for the Games virtually amid the pandemic.

Samaranch said international travel for key personnel from international federations and the IOC was made easier from July 1, with officials no longer required to quarantine for three weeks within a bubble.

A revised Torch Relay is also planned for the Games, with changes made due to COVID-19 restrictions.

"The Torch Relay will be very different from what we have ever experienced," Samaranch said.

"It is very likely the Relay will not really be a relay, but instead an exhibition tour with the flame exhibited all around China, avoiding the city centres to prevent too many crowds.

"We will bring it together in the final days before the Games, where a physical tour will take place in Beijing and at some of the venues."

There was no mention of the political climate around Beijing 2022 during the IOC Session, with politicians in several countries calling for boycotts of the Games amid human rights concerns.

Relations between the United States and China are fraught, with American authorities joining the European Union, Canada and the United Kingdom in imposing sanctions on China in March in response to well-documented alleged abuses of human rights in Xinjiang.

Beijing claims the camps are training centres designed to stamp out Islamist extremism and separatism, and denies allegations made.

The US appears certain to stage a "diplomatic boycott" of the Games, with dignitaries absent from the event but athletes present.

Zhang Qian, Beijing 2022 director general of international relations, has insisted the Organising Committee is ready for the Games.

She claimed organisers had received positive feedback from International Federations, following an adapted series of test events earlier this year.

A further 10 test events and three training weeks are planned for later in 2021, with international athletes expected to be in attendance.

Around 80 international experts are expected to visit China to offer support the Games.

She claimed that 1.2 million people have applied to be volunteers for the Games, which will be promoted at Tokyo 2020 with a "New Stop Beijing" event.

The official added that general guidelines are in place for COVID-19 playbooks for the Games, which are likely to be required for athletes, media and other stakeholders.