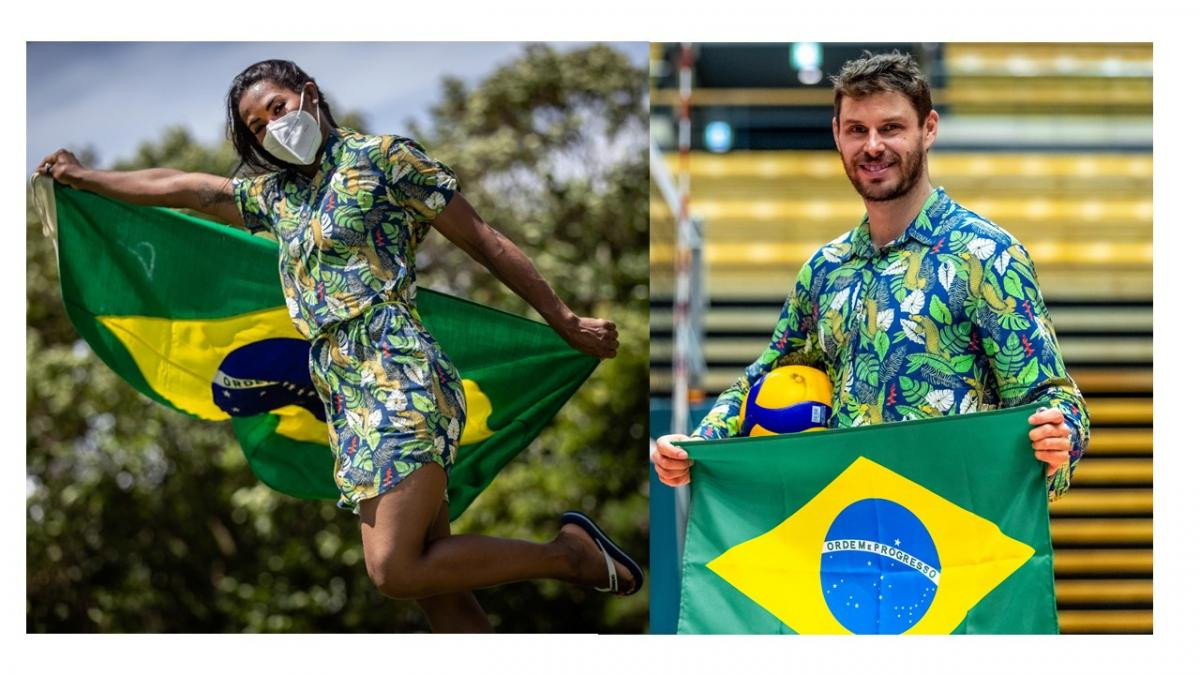 Flag bearers Bruno Rezende from volleyball and judoka Ketleyn Quadros will be the only Brazilian athletes marching in the Tokyo 2020 Opening Ceremony tonight at the Olympic Stadium here.

Chef de Mission Marcos La Porta and another team official will join them in a much-reduced group.

“The decision was taken taking into account the safety of Brazilian athletes in a pandemic scenario, minimizing the risk of contamination and close contact, thus ensuring the health of all Team Brazil members.” a Brazilian Olympic Committee statement said.

“The Brazilian team respects the importance and symbolism of the Opening Ceremony of the Olympic Games.

“Bruno and Ketleyn will be legitimate representatives of the entire delegation and will honour the highest Olympic Values by entering the Brazilian Flag at the Tokyo Olympic Stadium.”

Rezende was a member of Brazil’s gold medal winning team at Rio 2016 after successive silver medals at previous Games.

Both his parents had represented the country at the Olympics.

Brazil’s men are due to open their competition against Tunisia less than 24 hours after the Opening Ceremony.

Quadros won a bronze medal in the women’s lightweight judo at Beijing 2008.

She had also won Universiade gold at Kazan in 2013.

Quadros is scheduled to begin her campaign against Cergia David of Honduras on Tuesday (July 26).

The size of the Brazilian group will present a stark contrast to Rio 2016 when most of the 462 athletes Brazil’s largest Olympic team took the opportunity to march at the Maracanã Stadium.

The first officially constituted Brazilian team took part in 1920 at the Antwerp Games, 101 years ago.

The team in Tokyo is expected to number 307 athletes and includes sailor Robert Scheidt, Brazil’s most decorated Olympian competing at his seventh Games, unprecedented for a Brazilian.

The first of Scheidt’s two gold medals came in Atlanta 25 years ago.

He has won five medals in all.