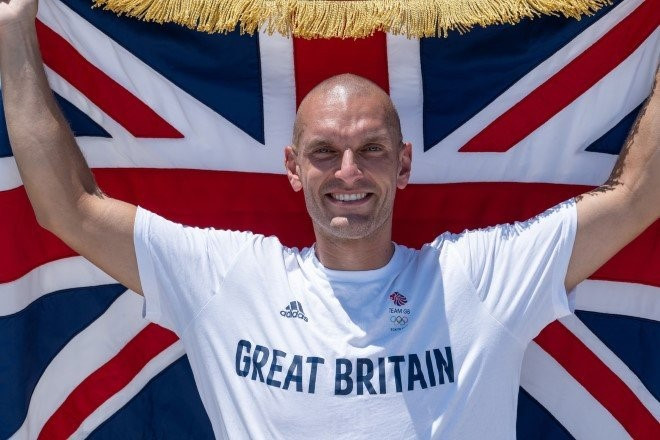 The British flag will be carried at the Tokyo 2020 Opening Ceremony tomorrow by sailor Hannah Mills and rower Mohamed Sbihi, both Rio 2016 Olympic champions.

They were chosen as athletes that "exemplify the Olympic values and uphold Team GB values of pride, responsibility, respect and unity."

"It is the greatest honour of my career," Mills said.

"I hope more than ever before that this Games can lift our country and deliver some incredible sporting moments to inspire the nation.

"To be asked to carry the flag for Team GB at the Opening Ceremony of the Olympic Games is not a sentence I ever thought I’d say. It was completely overwhelming and when I had a moment to think about what it meant I got pretty emotional.”

Mills is the first female sailor to carry the British flag although double Olympic sailing gold medallist Rodney Pattisson did so in 1976.

Mills defends her 470 title alongside Eilidh McIntyre in Tokyo and is the third woman to carry the British flag.

Swimmer Anita Lonsbrough was the bearer at the Tokyo Games in 1964 and judoka Kate Howey did so in 2004.

Mills is also the first flagbearer from Wales since Chef de Mission Dick Palmer at Moscow 1980.

"It is an iconic moment within the Olympic Movement," Sbihi said.

"People remember those images. I certainly remember the images of Andy from Rio, and even before I was a rower I remember seeing Sir Matt and Sir Steve, so it is something I am incredibly proud of.

"It is going to be a surreal experience actually going to an Opening Ceremony but this year, with the racing schedule it is actually manageable even if I wasn’t a flagbearer.

"It will be really special and will complete my Olympic puzzle. I’ve won a medal, been to the Closing Ceremony, but now to actually turn up at an Opening Ceremony and be at the head of the team alongside Hannah, it will be a lifetime memory that I will never forget."

"Having spoken personally with Hannah and Moe, it was clear to see what this honour meant to them," England said.

"Not only what it meant personally, but also for their team mates and wider delegation in what has been the most difficult and unprecedented 18 months for everyone in the United Kingdom.

"Both athletes embody the values of Team GB and they are thoroughly deserving of this great honour."

Britain has been ever present at the Olympic Games, and remain the only nation to have won at least one gold medal at every celebration.