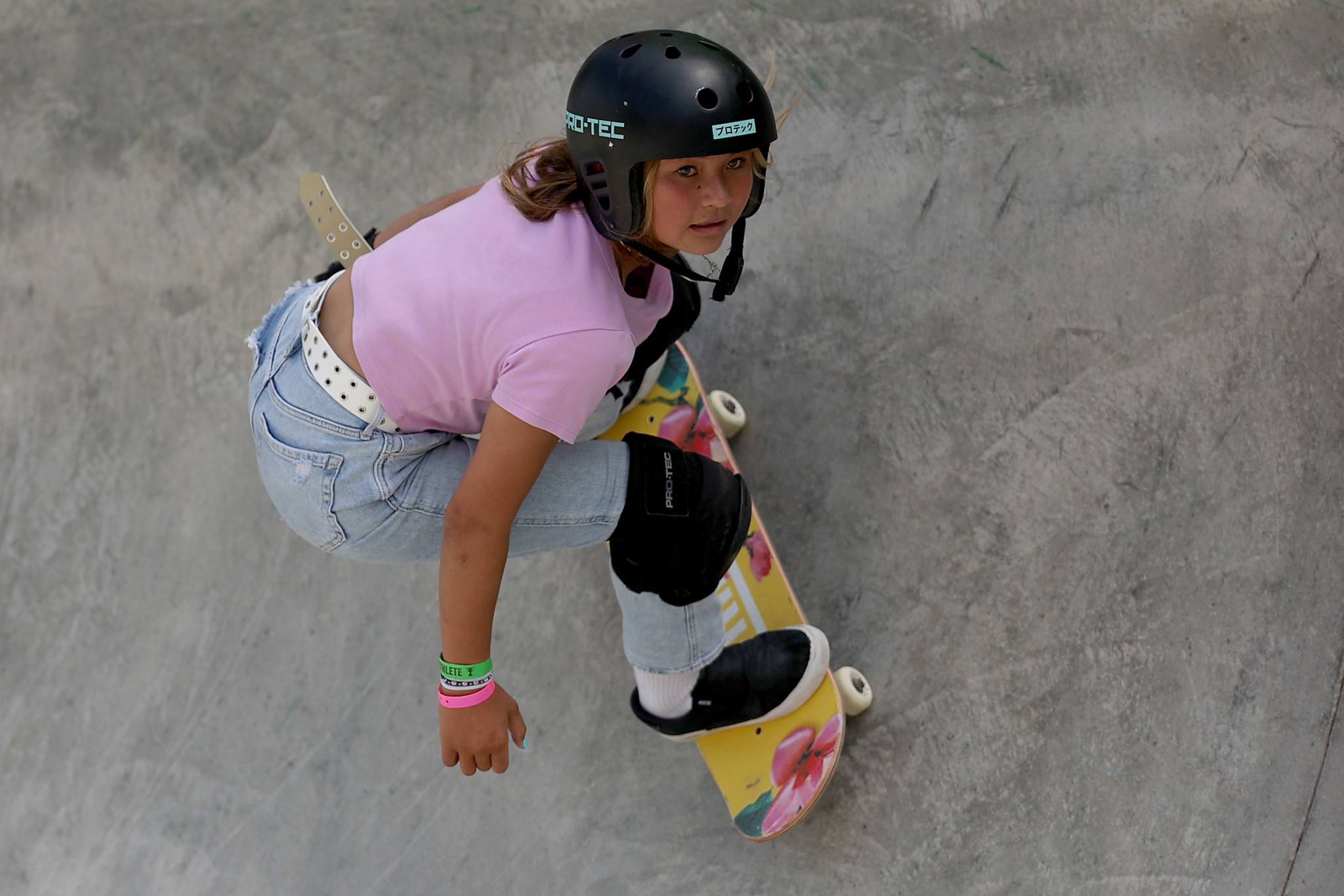 Britain's 12-year-old skateboarding prodigy Sky Brown is set to become the youngest Summer Olympian in the nation's history, after being officially named in the skateboarding squad for the Tokyo 2020 Olympics.

Last month Brown qualified based on the world rankings, with her selection on the British team being confirmed through the formal selection process.

Brown, who is ranked third in the world, is set to compete in the women's park event in Tokyo 2020 and will be 13 years and 11 days old at the Opening Ceremony of the Games.

She looked set to compete for Britain shortly after her 12th birthday last year, before the COVID-19 pandemic pushed the Games back by 12 months.

A 2019 world bronze medallist, Brown will be part of Britain's team along with 14-year-old Bombette Martin, who is also to compete in women's park.

"I couldn't think of two better athletes to act as ambassadors for Team GB in this exciting new Olympic sport and we wish Sky and Bombette the very best of luck in their final preparations," said Mark England, Team GB's Chef de Mission for Tokyo 2020.

Congrats to Sky Brown and Bombette Martin who will compete in Tokyo! ???

Brown has recovered from a fall last year which saw her suffer skull fractures and a broken wrist and hand.

Browns talent has been apparent for some time and, aged eight, she competed at the Vans US Open, becoming the youngest person ever to take part in the event.

If she wins an Olympic medal in Tokyo, she will be the youngest medallist at the Games in 85 years.

Figure skater Cecilia Colledge competed for Britain at the 1932 Winter Olympics in Lake Placid in the United States at the age of 11, making her the youngest-ever Olympian from the country.

Skateboarding is set to debut at the Olympics at Tokyo 2020, and remains on the programme for Paris 2024.