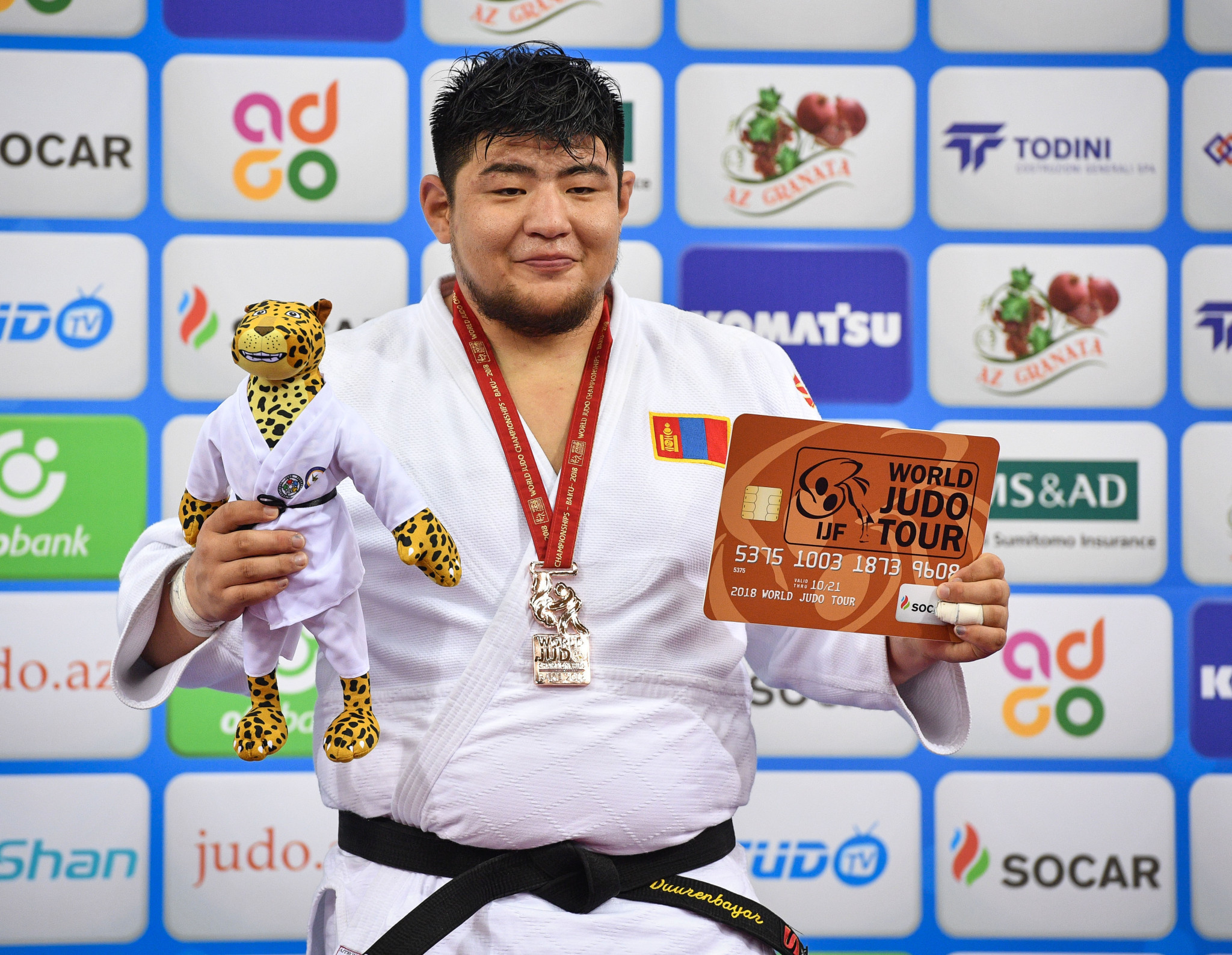 Judoka Duurenbayar Ulziibayar and basketball player Khulan Onolbaatar have been selected as Mongolia’s flagbearers for the Opening Ceremony of the delayed Olympic Games here.

The two athletes received the Mongolian flag from the country’s President Khurelsukh Ukhnaa in a special ceremony.

Onolbaatar will be the first woman to have the honour at the Opening Ceremony in the Japanese capital on July 23.

Mongolia’s previous 27 flagbearers in Summer and Winter Olympics have all been male, dating back to the country’s maiden appearance in the Winter Games at Innsbruck in 1964.

The International Olympic Committee approved a measure to allow nations to select male and female flagbearers last year, as part of a drive for increased gender equality.

Mongolia will be one of eight teams in the women’s 3x3 basketball event, as the discipline makes its Olympic debut.

"I'm happy for sure," Onolbaatar said.

"But the biggest emotion is the pride to be Mongolian.

"I just can't wrap my head around the idea that I am given this huge opportunity on the biggest stage in sports, at the Olympics.

"It is every athlete’s dream to represent your country on the biggest stage possible.

“Becoming the first woman to carry the flag at the Olympics is such an honour.

"I am so just so proud right now."

Ulziibayar will also be one of Mongolia’s flagbearers in the Opening Ceremony.

The judoka has secured medals at several international events during his career, including a bronze medal at the 2018 World Judo Championships.

Ulziibayar is due to compete in the men’s over-100 kilogram competition in Tokyo, with the 27-year-old one of seven judoka’s representing Mongolia at the Olympics.

The Mongolian National Olympic Committee (MNOC) has also released the Olympic teams’ official kit for the Games, as part of efforts to create a "Mongolian brand".

The organisation selected a "Khimori" design by Michel Amazonka LLC, after a tender process involving 10 companies.

The MNOC revealed it has used a creamy white colour to enhance the look of the kit, which will combine with an "elegant and stylish design".

Small details have been added on the sleeves and collar in red and blue, which feature on the national flag.

The MNOC explained that a triangular shape of the top of the athlete's uniform is a symbol of high heights and a blessing for winning a gold medal.

The organisation said the ceremonial attire was produced with dark blue fabric, enhanced by silk to ensure durability, colour retention, lightness and fit.

The design includes the head of the horse, embroidered with a gold thread on each side, combined with modern graphic techniques and national patterns.