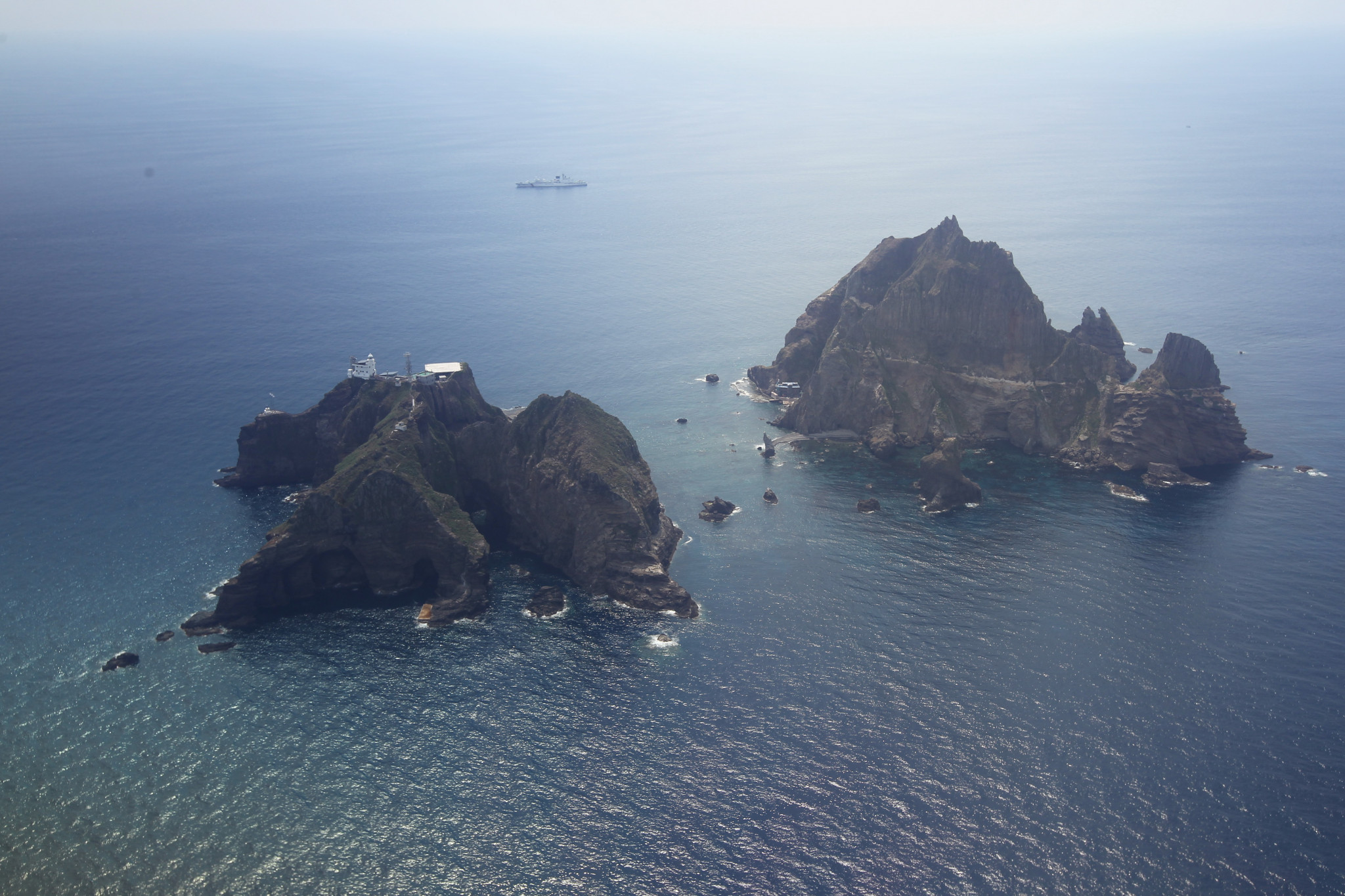 South Korea has made an official complaint after a Tokyo 2020 Olympic Torch Relay map included disputed islands as Japanese territory.

Japanese officials said they had rejected the Korean complaint, which was made through the country's embassy.

The Rocks appear on the map, used to show the route of the Torch Relay, as a small dot.

South Korea calls the islands Dokdo but in Japan they are known as Takeshima.

Both countries claim historical ties with around 50 people currently living there.

"South Korea, through the Japanese embassy in South Korea, has lodged a protest on the issue," Japan's cabinet secretary Yoshihide Suga said to AFP.

"Japan told the South Korean side that the protest is not acceptable given that Japan owns Takeshima and given Japan's position on the Sea of Japan."

This is not the first time that the dispute has spilled over into the Olympics.

At the Opening Ceremony of Pyeongchang 2018, both South Korea and North Korea marched together behind a unification flag which did not include the islands as part of a map outline.

The islands had appeared on a flag at a practice event with Suga describing this as "unacceptable".

Earlier this month the islands were the location for a major diplomatic incident after a Russian military plane allegedly entered their airspace.

Russia, carrying out a military exercise with China, has denied violating another nation's airspace.

Japan and South Korea have both protested against Russia and each other over the incident.

The rocks consist of two main islands and dozens of other islets.