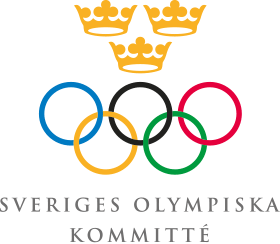 Sweden’s Olympic women’s curling champions will defend their title at the Beijing 2022 Winter Olympics after being named in the latest wave of selections.

The team skipped by Anna Hasselborg which beat host team South Korea in the 2018 Olympic final is among three curling teams selected by the Swedish Olympic Committee (SOK), with the men’s team that Niklas Edin led to the silver medal in Pyeongchang also included.

The Swedish Olympic Committee has previously selected athletes in cross-country skiing, biathlon, skicross and Alpine skiing, and a total of 22 individual athletes and 12 teams have now been given the go-ahead to compete in Beijing.

The third curling team is the mixed doubles pairing of Edins Oskar Eriksson and Almida de Val that recently took bronze at the World Cup in Aberdeen.

"We have high hopes for all three teams."

Five men have been selected in slopestyle and big air events - Jesper Tjäder, Henrik Harlaut and Oliwer Magnusson will be on skis while Sven Thorgren and Niklas Mattsson compete with snowboards.

The puck piste skier Ludvig Fjällström and the men's ice hockey team, Tre Kronor, were the other selections.

The next Swedish selection is due in December.

The Beijing 2022 Olympics are scheduled to take place from February 4 to 20.