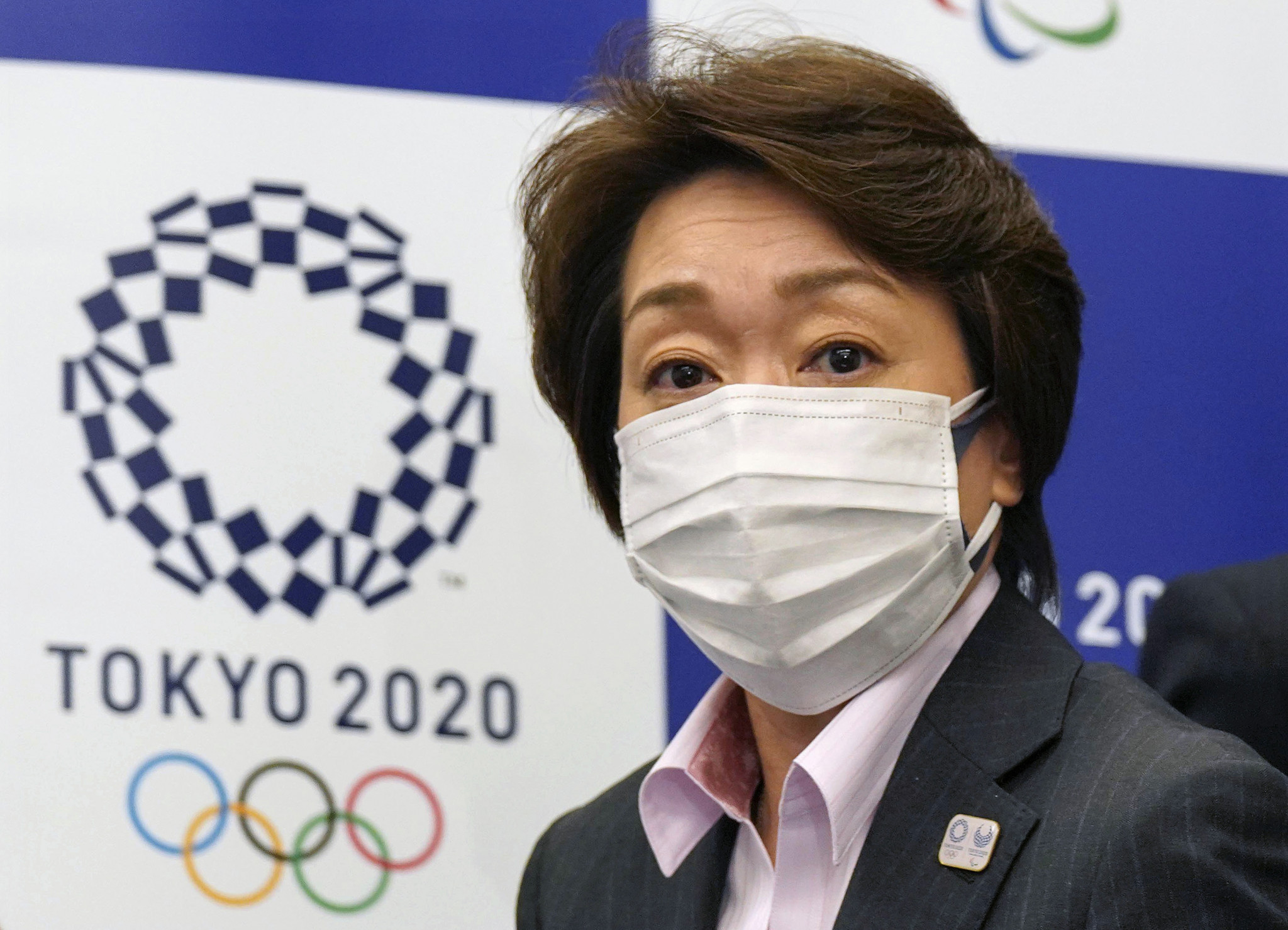 Tokyo 2020 President Seiko Hashimoto insists this year’s Olympic and Paralympic Games will take place as planned - unless the majority of teams are unable to travel to Japan because of the COVID-19 pandemic.

There are 50 days to go until the scheduled Opening Ceremony of the Olympics on July 23, but questions marks continue to hang over the staging of the event due to the COVID-19 crisis and concerns among the Japanese public.

It has also been reported that 10,000 of the 80,000 volunteers for the Games have quit, largely because of coronavirus fears.

But Tokyo 2020 organisers have ruled out a second postponement and have spoken of their determination to stage the Games against the backdrop of the global health crisis.

"If various countries around the world experience very serious situations, and delegations from most countries can't come, then we wouldn't be able to hold it," Hashimoto told the Japanese newspaper Nikkan Sports.

"But conversely, unless such a situation emerges, the Games will not be cancelled."

Speaking to BBC Sport, Hashimoto said she was "100 per cent" certain the Olympics would be held next month.

Several surveys carried out in Japan have highlighted public opposition in Japan, with a Kyodo News poll last month finding that 85 per cent are concerned that staging the Games will lead to an influx in coronavirus cases.

Overseas fans have been banned from attending the Olympics and Paralympics as a measure to reduce the risk of spreading COVID-19.

A decision on the presence of Japanese spectators is expected to be made later this month, with state of emergency measures in 10 areas including Tokyo set to expire on June 20.

Hashimoto admitted it was a "very painful decision" not to permit international fans and conceded there was a possibility the event would be held behind closed doors.

"The Japanese people are feeling very insecure and at the same time probably feel some frustration at us talking about the Olympics and I think that is giving rise to more voices opposing having the Games in Tokyo," Hashimoto told BBC Sport.

"The biggest challenge will be how we can control and manage the flow of people.

"If an outbreak should happen during the Games times that amounts to a crisis or an emergency situation then I believe we must be prepared to have these Games without any spectators.

"We are trying to create as complete a bubble situation as possible so we can create a safe and secure space for people who come in from overseas as well as people who are in Japan, the residents and citizens of Japan."

The number of Games participants from abroad has been reduced to 59,000, compared to the expected 180,000 from last year.

Coronavirus concerns was cited as the main reason for their decision, although Mutō admitted some decided against participating over former Tokyo 2020 President Yoshiro Mori’s sexist remarks.

Mori stepped down in February amid international furore after claiming Board meetings involving women often overrun because they talk too much.

International Olympic Committee President Thomas Bach claims that more than 80 per cent of people in the Athletes' Village will be vaccinated.

The IOC last month signed a deal with developers of the Pfizer vaccine in a bid to boost the number of vaccinated athletes who are set to compete at the Games.

"At this point, I am very confident we will have these Games," added Hashimoto.

"We are doing everything we can, we are being very thorough about that.

"I know we have very limited time to deal with anything that might come up but we will do everything we can to improve the situation and we will see these things through.

"If the pandemic once again accelerates across the world, and so it should happen that no country can come to Japan, then of course we cannot have those Games.

"But I think we have to be very careful in reviewing the current situation and deciding what to do depending on what we consider to be right."

Japan has fully vaccinated less than three per cent of its population but is aiming to inoculate the all residents aged 65 or older - about 36 million people - by the end of July.