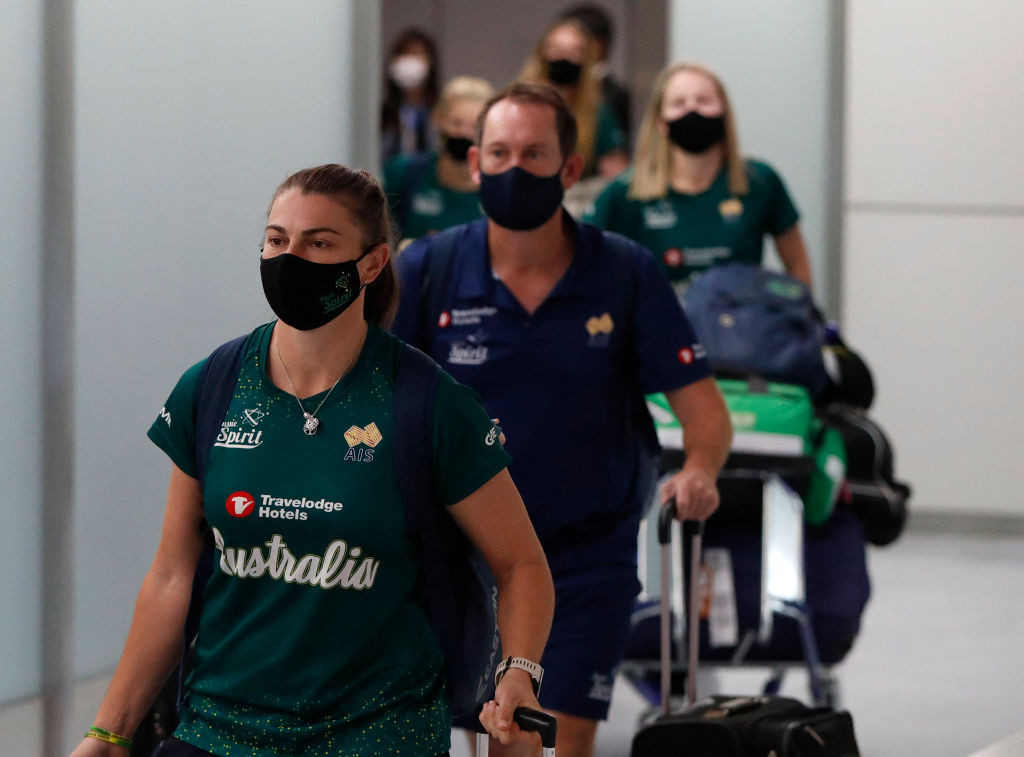 Members of the Australian women's softball team today became the first group of athletes to arrive in Japan for a pre-Olympic training camp since Tokyo 2020 was postponed more than a year ago due to the coronavirus pandemic.

According to Kyodo News, 20 players and nine staff, who came via Singapore, waved to the press as they arrived in face masks and green and gold team uniform.

All members of the delegation, who had received COVID-19 vaccinations, tested negative for the virus at Narita Airport, Japanese health authorities said, before heading to their hotel in Ota by chartered bus.

The squad's arrival in Ota, around 80 kilometres northwest of Tokyo, comes with just over seven weeks remaining until the Opening Ceremony, due to take place on July 23.

The members will be under tight restrictions while in Japan, where infections have been declining at a slow pace partly because the vaccination rate has lagged far behind other developed countries.

The squad plans to hold training sessions in the city in Gunma Prefecture starting this Saturday and continuing until July 17.

The team will then move into the Olympic village before playing its opening Olympic match against Japan at Fukushima Azuma stadium on July 21, two days before the official beginning of the Tokyo Olympics.

Public opinion surveys continue to show 70 per cent or more of the Japanese public are against the Games.

A state of emergency in ten areas including Tokyo is in place until June 20.

Head coach Robert Harrow said that his team will be "respectful" of Japanese citizens and "fall in line with the rules applied to us during our stay to keep everyone safe".

"We will be focused purely on our training during our time in Japan," Harrow said.

"We are lucky enough to be the first team to open Olympic competition against Japan which is very exciting and a huge honour."

Members of the national team will also be required to undergo daily virus testing and be prevented from interacting with the general public, with all sleeping, dining and meeting rooms confined to three floors in their hotel.

The players and staff will only be allowed to leave the hotel to travel to and from their training facilities.

A total of 105 municipalities have so far called off plans to receive overseas athletes for pre-Olympic training camps and cultural exchanges due to COVID-19 concerns.