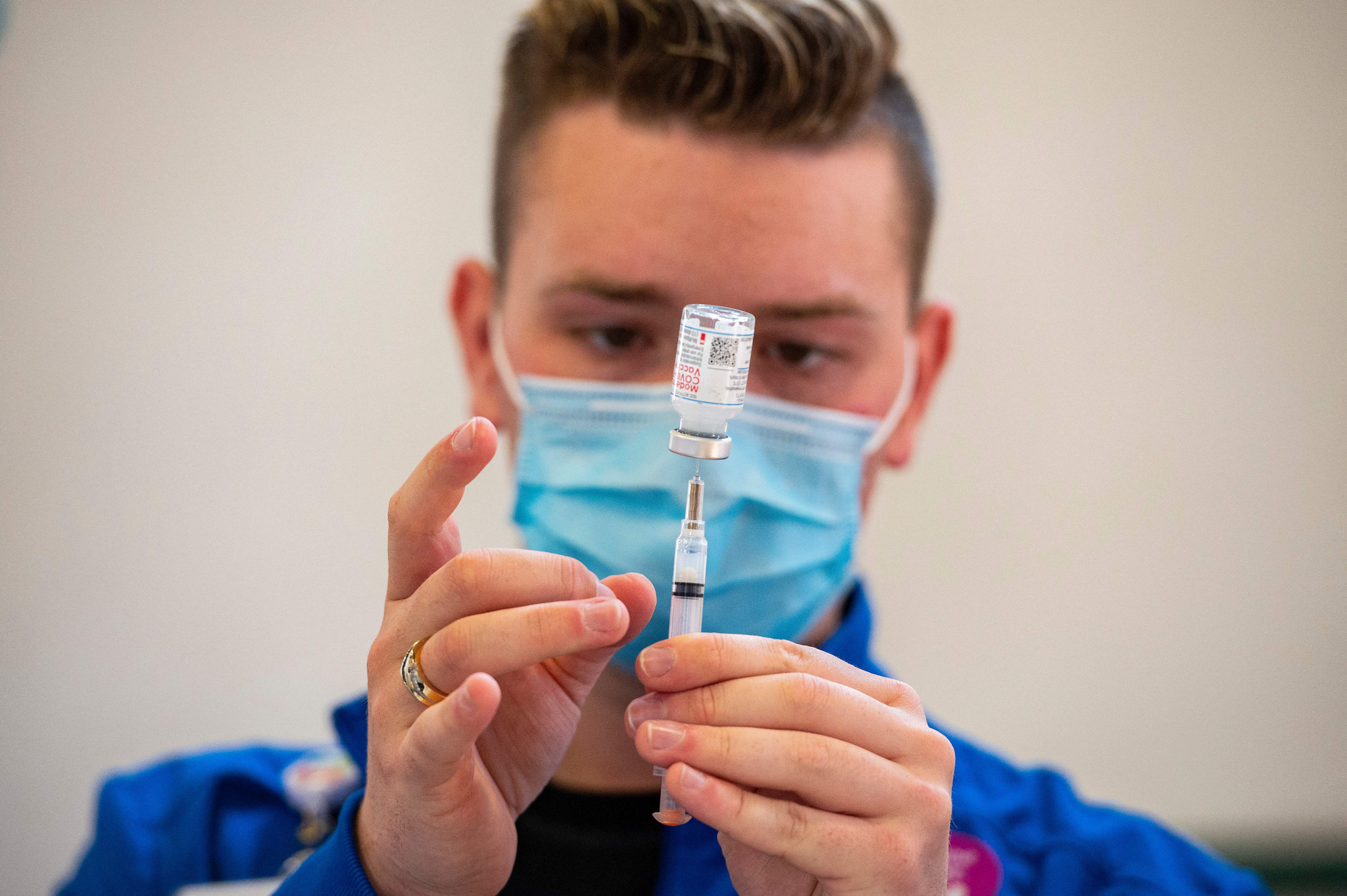 Bach said he was also "confident" a "very big number" of the participants would have received a coronavirus vaccine by the time the Games is scheduled to start on July 23.

The IOC has previously said it would not jump the queue ahead of those who needed a vaccination most and insisted a vaccine would not be mandatory for athletes to compete in the Japanese capital.

Bach said the IOC was refusing to change this stance but insisted it was "encouraging" and "assisting" NOCs to get the jab in a bid to ensure the safe staging of the Olympics.

"We can see very good progress there," said Bach.

"The great number of National Olympic Committees have already announced that their athletes will be vaccinated including United States with their big team and number of others.

"Some teams have already been vaccinated and some already have an agreement with their Government to be vaccinated.

"There we are not only confident, but I think we can already say now that there really big, big number of the participants living in the Athlete Village will be vaccinated for their own safety but also as we have said from the very beginning in solidarity with the Japanese popularity."

Countries such as Lithuania, Hungary, Serbia and Israel are already in the process of vaccinating their Olympic and Paralympic delegations.

Athletes from Mexico and New Zealand have also been confirmed as being placed in a priority group for vaccinations in their respective country.

Other NOCs, including those in Germany, Canada, Britain and Italy will hope that vaccines will be available ahead of the Games after deciding against pushing athletes further up the queue to receive a jab.

There are also fears poorer countries would not be able to gain access to a vaccine, while there are concerns over the speed of Japan’s vaccination rollout.

But Bach said NOCs were coming to each other’s aid which has boosted his hopes over a successful staging of the Olympics.

"We are in contact with these NOCs where there is no vaccination, not even in the country and trying to help," said Bach.

"There are also some NOCs helping each other and there are offers from NOCs to other NOCs.

"I hope that when we have a situation in some countries where the population has access [to vaccines] then a number of these countries will open up and offer assistance to poorer countries."

Last month, the Russian Olympic Committee said it was in the final stages of negations with the Association of National Olympic Committees of Africa (ANOCA) over supplying COVID-19 vaccines to athletes from the continent prior to Tokyo 2020.

A similar offer to vaccinate Tokyo 2020 and Beijing 2022 teams was also made by the Chinese Olympic Committee.

"I don’t think we can arrive in a situation where we can say 100 per cent [every athlete] will be vaccinated or will have access to vaccination because we also will have to realise that among athletes there are some, for different reasons, that don’t want to be vaccinated even," Bach added.

"But we can say that based on all these facts and scientific advice that we can be very confident that we are undertaking all the right efforts to minimise the risk as much as you can.

"It will be a different Olympic Village, it will be a pretty safe place."