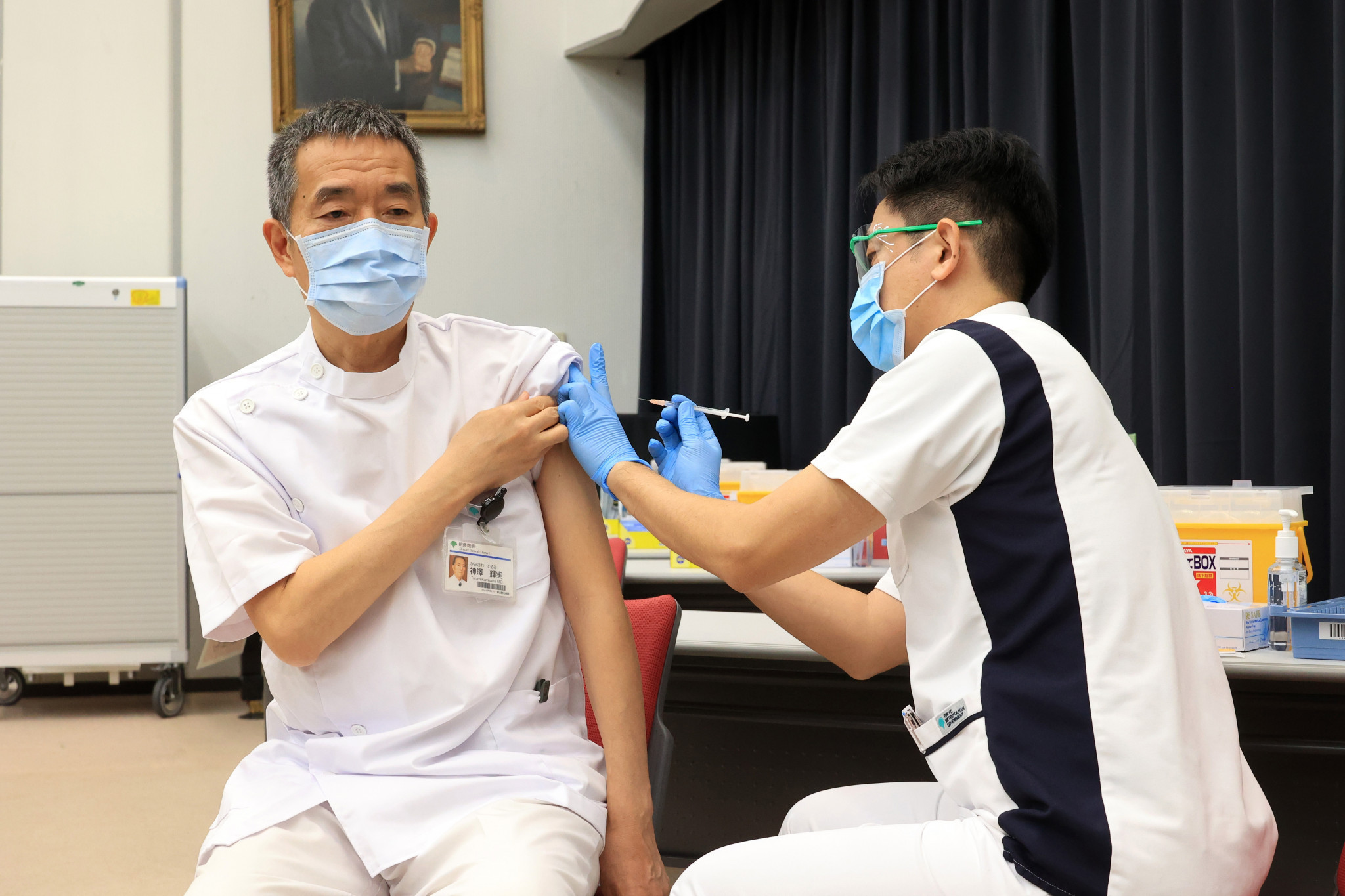 Japanese athletes could receive priority access to COVID-19 vaccinations ahead of the Tokyo 2020 Olympic and Paralympic Games, it has been claimed.

News agency Kyodo, quoting unnamed Government officials, reported that consideration was being given to ensuring athletes had both doses of a COVID-19 vaccine prior to the Games.

This would see Olympic and Paralympic athletes vaccinated by the end of June, should the Japanese Government approve such a move.

The potential prioritising of athletes has been criticised on social media, with the potential for athletes to be vaccinated ahead of elderly and more vulnerable people.

Vaccinations in Japan have been underway since February, with the country's 4.8 million healthcare workers prioritised.

The speed of the rollout has been criticised, however, and comparisons drawn to other major economies which have progressed much faster.

The slow supply of vaccines arriving has been cited as the cause.

Japan has only approved one COVID-19 vaccine to date, the one produced by Pfizer-BioNTech.

Vaccine Minister Taro Kono revealed last month that Japan will receive 100 million doses by June, which would be enough to vaccinate 50 million people, roughly half the country's population.

Japan has vaccinated around one million people with the first dose of a vaccine, with nearly 300,000 receiving both doses.

COVID-19 vaccinations has been a key topic in the build-up to the Games, with athletes encouraged to receive a vaccine if offered.

The International Olympic Committee has claimed it will not jump the queue ahead of those who need a vaccination most.

The organisation has also said vaccinations will not be a requirement to participate at the rearranged Games.

Russia has been in talks to provide vaccines to athletes from African nations, provided their countries have approved the country's Sputnik V vaccine.

A similar offer was made by the Chinese Olympic Committee (COC) last month.

Japan confirmed it would not be receiving the vaccines suggested by the COC, with the country yet to approve the Chinese vaccines.

Countries such as Lithuania, Hungary, Serbia, Israel and Nepal have confirmed their athletes are being vaccinated for the Olympic and Paralympic Games.

Mexican athletes were confirmed to have been placed in a priority group for vaccinations last month, while New Zealand has also confirmed their athletes are eligible for early vaccinations.

Other NOCs, including those in Germany, Canada, Britain and Italy, have decided not to ask for their athletes to be given priority for vaccinations.

They will hope that vaccines will be available for them ahead of the Games under the current priority system.