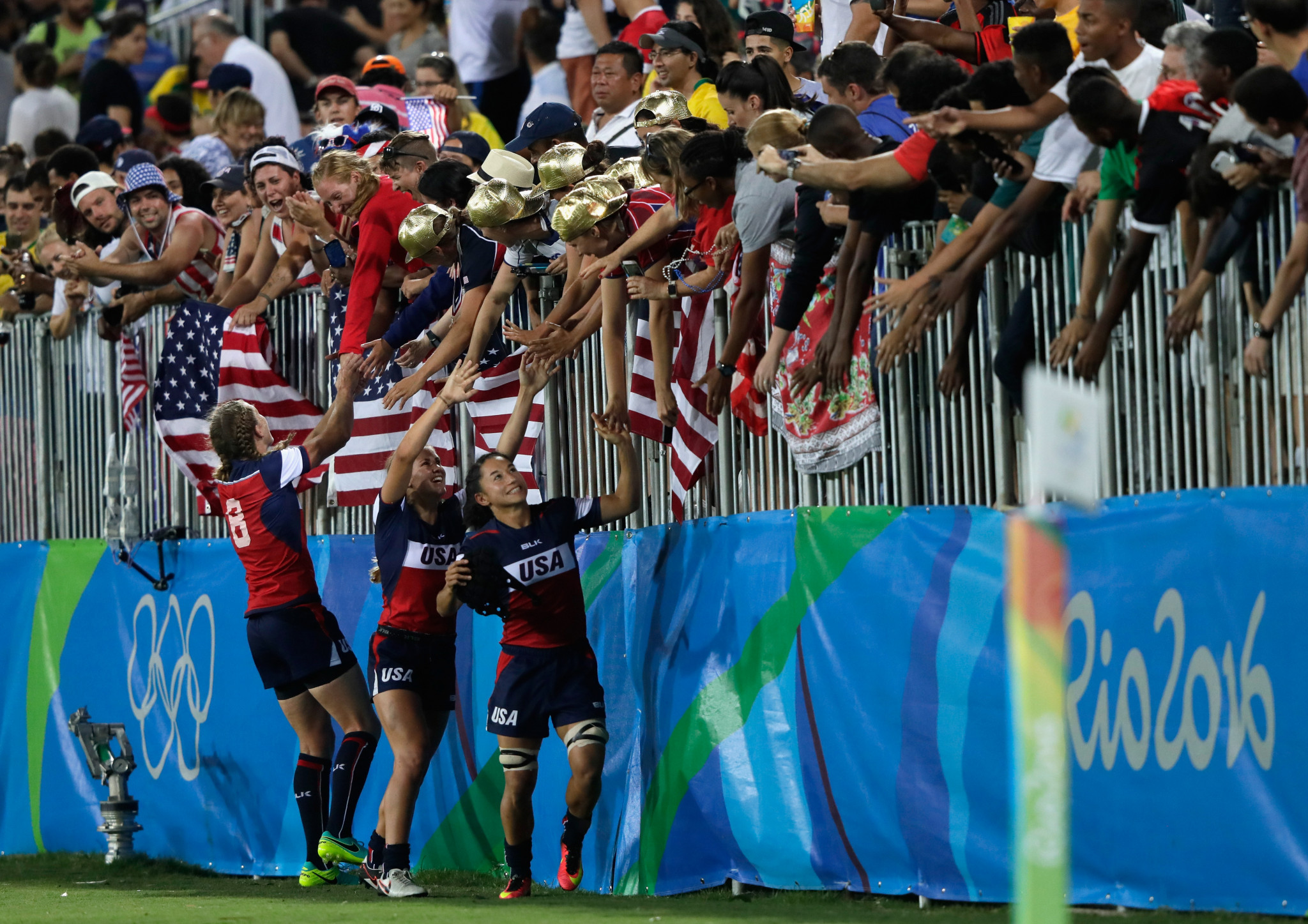 Several National Olympic Committees (NOCs) have expressed their disappointment at the decision to ban international fans from attending the re-arranged Olympic and Paralympic Games in Tokyo.

Japanese organisers concluded it was "highly unlikely" that entry into Japan would be guaranteed for people from overseas due to the coronavirus pandemic.

International Olympic Committee (IOC) President Thomas Bach said he was "truly sorry" to disappoint families and friends of athletes, who will now be unable to attend the Games, but felt it was necessary to ensure the safety of the event.

The ban has been met with mixed emotions by NOCs whose hopes of seeing patriotic supporters get behind their athletes at Tokyo 2020 have been dashed.

Kereyn Smith, chief executive of the New Zealand Olympic Committee, said she understood the reasoning behind the decision but admitted the situation was challenging for fans and athletes.

"Our athletes thrive on knowing friends, whanau and fans are right behind them as they compete on the world stage," said Smith.

"This time the support will be from back in New Zealand and not from the stands in Tokyo.

"We understand this difficult decision was made to reduce public health risks in Japan and enable organisers to focus resources on delivering a safe and secure Olympic Games for athletes.

"While this situation is disappointing, we do know the best wishes of the New Zealand public will travel to Japan with the team.

"Japanese fans are also known to be among the best crowds in the world and will be there to cheer on the New Zealand team."

The British Olympic Association admitted it was a "great shame", while Trinidad and Tobago Olympic Committee President Brian Lewis felt the ban was a "necessary risk mitigation measure".

Sarah Hirshland, chief executive of the United States Olympic and Paralympic Committee (USOPC), admitted it was the news "we hoped would never come".

"We, like you, are so disappointed, and yet we acknowledge the complex nature of event hosting in the current, COVID-impacted global environment, and the incredible effort being put forth to safely host the Games for all the world’s athletes," said Hirshland.

"Over the past year, we have witnessed event hosts in the US and around the world forced to make similar, and very hard, decisions.

"The grief, frustration and disappointment being felt by all whose plans have been ruined is understandable.

"It is truly sad that the families, friends and fans from around the world, who help make the Games a global celebration, will not be able to attend.

"We can only try to imagine the weight of the responsibility felt by the hosts - along with the IOC and IPC (International Paralympic Committee) – to offer the participants and the host community the safest possible environment, and we acknowledge that safety has to be the priority."

Hirshland promised the USOPC would engage with the IOC, IPC, Tokyo 2020 and the Association of National Olympic Committees to "understand what this decision means for all of us".

She also said the USOPC would look at creating "new ways" to connect fans with athletes competing in Japan.

Michael Payne, former marketing director at the IOC, feared a "mega PR and legal disaster looming" and urged the Japanese Government to ensure all spectators, especially the families of athletes get full refunds for tickets and hotels.

insidethegames revealed exclusively on Friday (March 20) that a late plea had been made by authorised ticket resellers (ATRs), the official agents appointed to sell packages to overseas fans for the Olympics and Paralympics, not to ban international fans from attending the Games.

ATRs, appointed by NOCs to sell tickets in their countries, from all around the world wrote to Tokyo 2020 President Seiko Hashimoto and Bach to protest the impending ban.

Organisers stated that ticket-holders from overseas will soon be informed about how to secure refunds.

Ticket reseller CoSport said it pinned its hopes on this year’s Olympics being "a global turning point" for the industry.

But it admitted the decision to bar international spectators attendance was "yet another disappointing blow".

The organisation said it would work with Tokyo 2020 and Japanese hotels to secure refunds.

"The refund process Tokyo 2020 will develop likely will be similar to the way refunds were provided for those who chose the option not to attend due to the postponement," a statement from CoSport read.

"We have learned from that unprecedented situation and are endeavouring to make the process smoother."

CoSport warned it was likely the process would take "some time" and urged customers for patience and understanding, insisting it was "unable to provide an immediate refund".

"Any attempt to obtain a refund through third parties, such as credit card companies, rather than directly from CoSport, prior to any final announcement related to the refund policy Tokyo 2020 will develop or before the entities mentioned above return your monies to CoSport, will not be honoured," the statement added.

"Experience has shown that attempts to circumvent the official process will complicate the process and delay your refund."