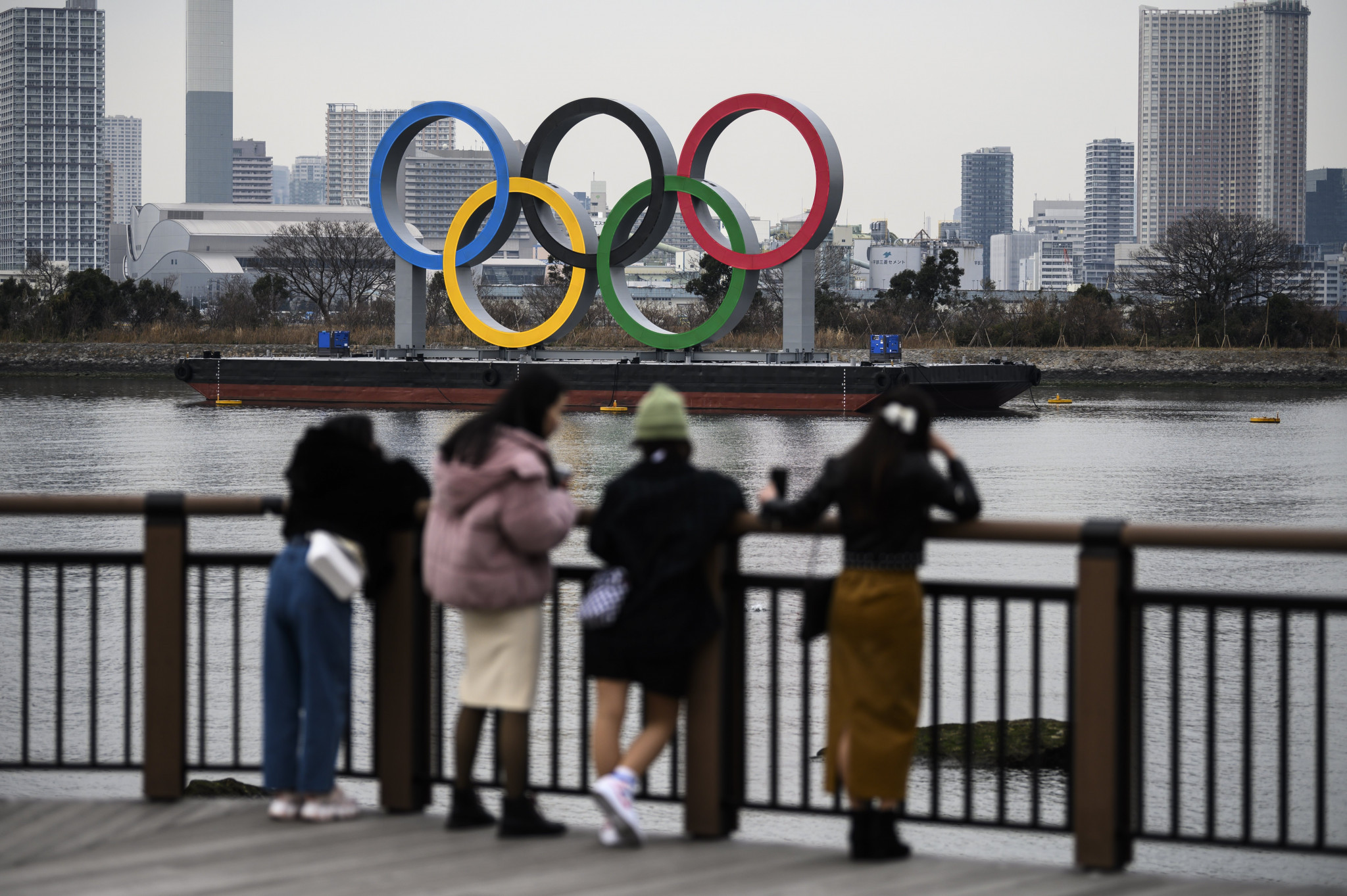 No overseas fans will be permitted to attend the Tokyo 2020 Olympic and Paralympic Games, organisers have confirmed today at a five-party meeting.

Japanese officials concluded that the current COVID-19 situation made it unlikely that they could guarantee entry to international fans for the Games.

"During the meeting, the IOC and IPC were informed about the conclusion of the Japanese parties not to allow entry into Japan for overseas spectators for the Olympic and Paralympic Games Tokyo 2020 due to the prevailing worldwide COVID-19 pandemic," a statement read.

"Olympic and Paralympic tickets purchased by overseas residents from the Tokyo 2020 Organising Committee will be refunded.

"Currently, the COVID-19 situation in Japan and many other countries around the world is still very challenging and a number of variant strains have emerged, whilst international travel remains severely restricted globally.

"Based on the present situation of the pandemic, it is highly unlikely that entry into Japan will be guaranteed this summer for people from overseas.

"In order to give clarity to ticket holders living overseas and to enable them to adjust their travel plans at this stage, the parties on the Japanese side have come to the conclusion that they will not be able to enter into Japan at the time of the Olympic and Paralympic Games.

"This conclusion will further contribute to ensure safe and secure Games for all participants and the Japanese public."

The IOC and IPC said they "fully respect and accept this conclusion".

Organisers say ticket-holders from overseas will soon be informed about how to secure refunds.

Before the postponement a year ago, Tokyo 2020 was planning to sell 7.8 million tickets.

“In many ways the Tokyo 2020 Games will be completely different to any previous Games,” Hashimoto said.

“However, the essential of the Games will remain unchanged, as athletes give their utmost and inspire the world with transcendent performances.

“We are currently working on specific plans to share support remotely from around the world and help bring people together in ways suited to our current times.

“Even if you are no longer able to come to Japan this summer, we hope very much that you will continue to support the Tokyo 2020 Games.”

IOC President Thomas Bach said he was "truly sorry" to disappoint families and friends of athletes, who will now be unable to attend the Games.

Bach said the decision would mean a "great sacrifice", but said it was necessary to ensure the safety of the Games.

“We share the disappointment of all enthusiastic Olympic fans from around the world, and of course the families and friends of the athletes, who were planning to come to the Games,” Bach said.

“For this I am truly sorry.

"We know that this is a great sacrifice for everybody, we have said from the very beginning of this pandemic that it will require sacrifices.

“But we have also said that the first principle is safety.

"Every decision has to respect the principle of safety first. I know that our Japanese partners and friends did not reach this conclusion lightly.

"Together with them, the IOC’s top priority was, is and remains to organise safe Olympic and Paralympic Games for everyone: all the participants and, of course, our gracious hosts, the Japanese people.

"We stand shoulder-to-shoulder at the side of our Japanese partners and friends, without any kind of reservation, to make the Tokyo 2020 Olympic and Paralympic Games a great success.

“Together with our Rights-Holding Broadcasters, we will make every effort so that the fans from around the world will be able to experience the Olympic spirit.

"In this way, the Olympic and Paralympic Games Tokyo 2020 will be the light at the end of the tunnel and a safe manifestation of peace, solidarity and the resilience of humankind in overcoming the pandemic.”

“The safety of all stakeholders, in particular the Japanese public and athletes, is our top priority for the @Tokyo2020 Games and that is why the IPC fully respect and accept this decision from the Japanese parties." - @parsonsandrew https://t.co/HRj7HjDjsc

"It goes without saying that in an ideal world we would prefer to have international spectators at the Games, allowing families, friends and fans to cheer on their loved ones and all athletes," Parsons said in a statement.

"But at the moment we must acknowledge that due to the global pandemic we are not living in an ideal world.

"As a result, some difficult decisions, which we fully appreciate will leave many disappointed, need to be made to further contribute to ensure safe and secure Games.

"The safety of all stakeholders, in particular the Japanese public and athletes, is our top priority for the Tokyo 2020 Games and that is why the IPC fully respect and accept this decision from the Japanese parties.

"With no international spectators, we will work even harder to ensure more global broadcast and digital coverage for the Paralympic Games than ever before so that anyone who wants to watch the Games can do so.

"What was clear from Saturday’s meeting was that the commitment of all five Parties to delivering safe, secure and successful Olympic and Paralympic Games is unwavering.

"Delivering these Games is a monumental team effort, and we thank the Japanese parties and friends for their continued support."

A late plea had been made by authorised ticket resellers (ATRs), the official agents appointed to sell packages to overseas fans for the Olympics and Paralympics, not to ban international fans from attending the Games.

ATRs, appointed by National Olympic Committees (NOCs) to sell tickets in their countries, from all around the world wrote to Hashimoto and IOC President Thomas Bach to protest the impending ban.

New Jersey-based Jet Set Sports (JSS), the ATR for eight countries, including Australia and the United States, warned the decision could expose organisers and ATRs to potential claims and liability, as well as creating potential disputes between Olympic partners and sponsors.

Some hotels are already indicating they have no intention of returning money paid in advance for Tokyo 2020 accommodation, while others are offering to make only partial refunds.

That could potentially expose some ATRs to millions of dollars in compensation claims that they fear could bankrupt them.

Capralos told the 137th IOC Session, held online, that organisers needed to help people who have already purchased tickets and accommodation for the Games, stressing that a clear policy was required for refunds to avoid potential litigation.

"We must find ways to deal with people who have already booked and paid for airplane tickets, Games tickets and accommodation, who may now not be able to travel to Tokyo," Capralos said.

"Not to forget, many of these people are parents and relatives of the athletes, who have passion and commitment to witness the Olympic Games."

Any shortfall will have to be made up by the Japanese Government.

The Olympic Games are due to take place between July 23 and August 8.

The Paralympics are scheduled to follow between August 24 and September 5.

TOP STORY: FIFA has evacuated "almost 100 members of the football family" from Afghanistan to Qatar, it has claimed