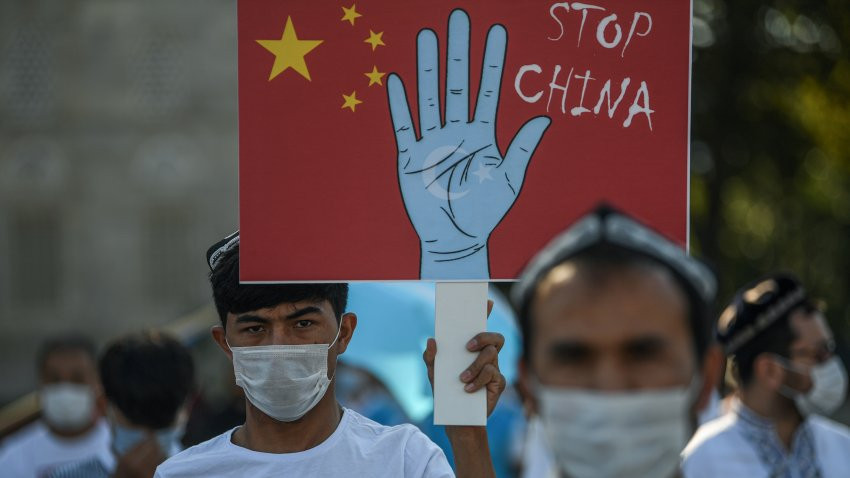 The United States Olympic and Paralympic Committee (USOPC) says it will not boycott the 2022 Winter Olympic Games in Beijing despite calls for action over China’s human rights record.

The USOPC President Susanne Lyons admitted in a press conference that, while there was "a steady drumbeat" of support of a boycott, it would hurt athletes who had been training for competition.

"While we would never want to minimise what is happening from a human rights perspective in China, we do not support an athlete boycott," said Lyons, referencing the internment of Uighur Muslims.

The US has only boycotted one Olympics: the 1980 Summer Games in Moscow, following the Soviet Union's invasion of Afghanistan.

"We believe such boycotts have not been effective in the past, particularly in 1980," said Lyons.

"Those boycotts only hurt athletes who have trained their entire lives for this opportunity to represent their country."

Last month a group of US senators introduced a resolution seeking to remove the Games from China, urging the International Olympic Committee to allow new bids for the Games.

Lyons said the USOPC was in dialogue with officials in Congress as well as the White House, emphasising that the 1980 Moscow boycott had not worked.

"We need to understand what the impact was in 1980 when we boycotted," Lyons said.

"In fact all that happened was that the hopes and dreams of a large number of athletes never came to fruition.

"We believe these geopolitical issues and concerns are really best handled on a Government-t- Government basis.

"That's what we're encouraging and speaking with members of Congress about."

China has come under pressure due to the treatment of Uighur Muslims, its stance towards Taiwan, and a clampdown on Hong Kong.

Congressman John Katko wrote to US President Joe Biden last month in support of a boycott.

"Participation in an Olympics held in a country that is openly committing genocide not only undermines those shared values but casts a shadow on the promise for all those who seek free and just societies," read part of the letter.

A coalition of 180 rights groups also called for a 2022 Winter Olympics boycott.

The 2022 Winter Olympics are scheduled to begin on February 4 next year, six months after the postponed Tokyo 2020 Summer Olympics are due to finish.