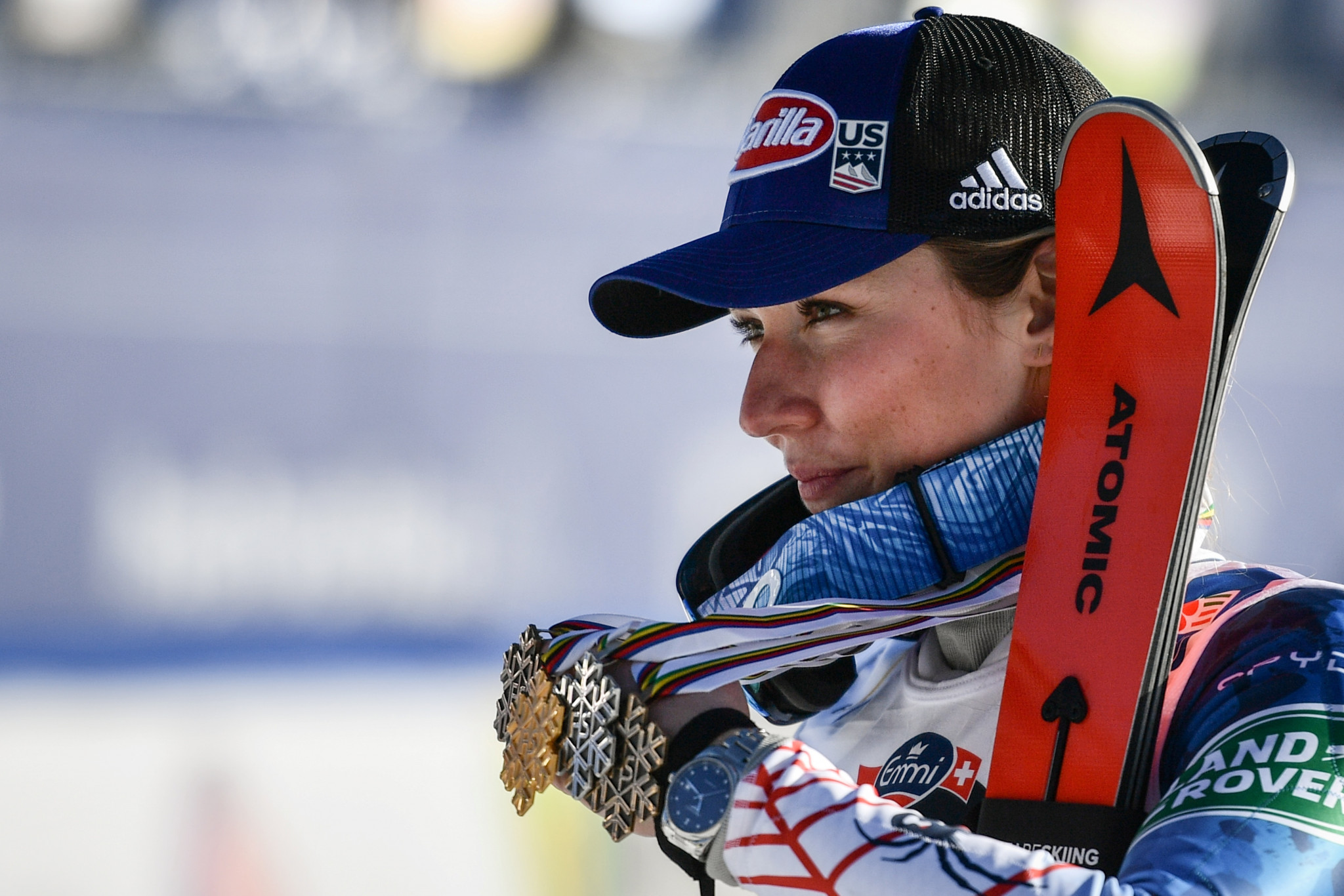 The 25-year-old double Olympic champion is a huge favourite for more success in China next year but the host nation's human rights record has cast a cloud on preparations.

Many from outside of sport have called for the Winter Olympics and Paralympics to be boycotted, particularly due to China's treatment of Uyghur Muslims in Xinjiang which has been described as a "genocide".

Beijing's crackdown on protesters in Hong Kong and its policies towards Taiwan and Tibet has also resulted in vocal international condemnation.

Shiffrin, a six-time World Championship gold medallist, said "you certainly don't want to be put in the position" of choosing between "human rights and being able to do your job".

When asked by CNN Sport if she thought the IOC should consider these complexities when selecting host cities, she said: "I do, and I'm not in the room.

"I wish that I could be in the room where it happens, but I'm not, so I don't want to make light of the decisions that those committees do have to make.

"I doubt it's an easy job, but it feels like there could be more consideration when you're hosting an event that's supposed to bring the world together and create hope and peace in a sense.

"It could maybe be used in a better way.

"It's almost like a power that they have to decide where we go, and some places seem more fitting than others."

Beijing defeated sole challenger Almaty in Kazakhstan to win the rights to the 2022 Winter Olympics in 2015.

Shiffrin added that there is "pretty much always something every single Olympics".

"There's always been something and you don't want to ignore that, but you want to go and compete and win a medal and focus on that," she said.

"There's a tricky balance, that's for sure."

Her 68 World Cup wins places her third on the all-time list for men and women behind Ingemar Stenmark's 86 and Lindsey Vonn's 82.

She has won the overall World Cup title three times and is a threat in both the speed and technical disciplines - a rarity in top level skiing.

"What's a real bummer is that there's not only accusations but, like, legitimate proof in a lot of these places we've been going the last several Olympics," Shiffrin added to CNN Sport.

"One of the important things about the Olympics is that it is supposed to be a global event, not just in your sort of mainstream sporting countries, but it's supposed to be global.

"I do understand the importance of trying to stay true to that pledge, essentially.

"But it is tough, to be honest.

"The Olympics is big, and it's something that you shoot for, and you don't want to miss it.

"And you certainly don't want to be put in the position of having to choose between human rights like morality versus being able to do your job, which on the other hand can bring light to some issues or can actually bring hope to the world at a very difficult time."

The IOC has repeatedly claimed it must remain "neutral" on political issues and China has rejected the international criticism, arguing instead that its human rights situation is improving and firing back at what it sees as foreign meddling.

Opposition towards Beijing 2022 has come from an Inter-Parliamentary Alliance on China, which includes politicians from the US, Britain, Japan, Australia and the European Union.

Campaigners have also started to target Olympic sponsors with Airbnb urged to withdraw its backing of Beijing 2022.

A joint letter signed by more than 180 campaign groups has been sent to leaders around the world due to perceived IOC "inaction" over the issue.