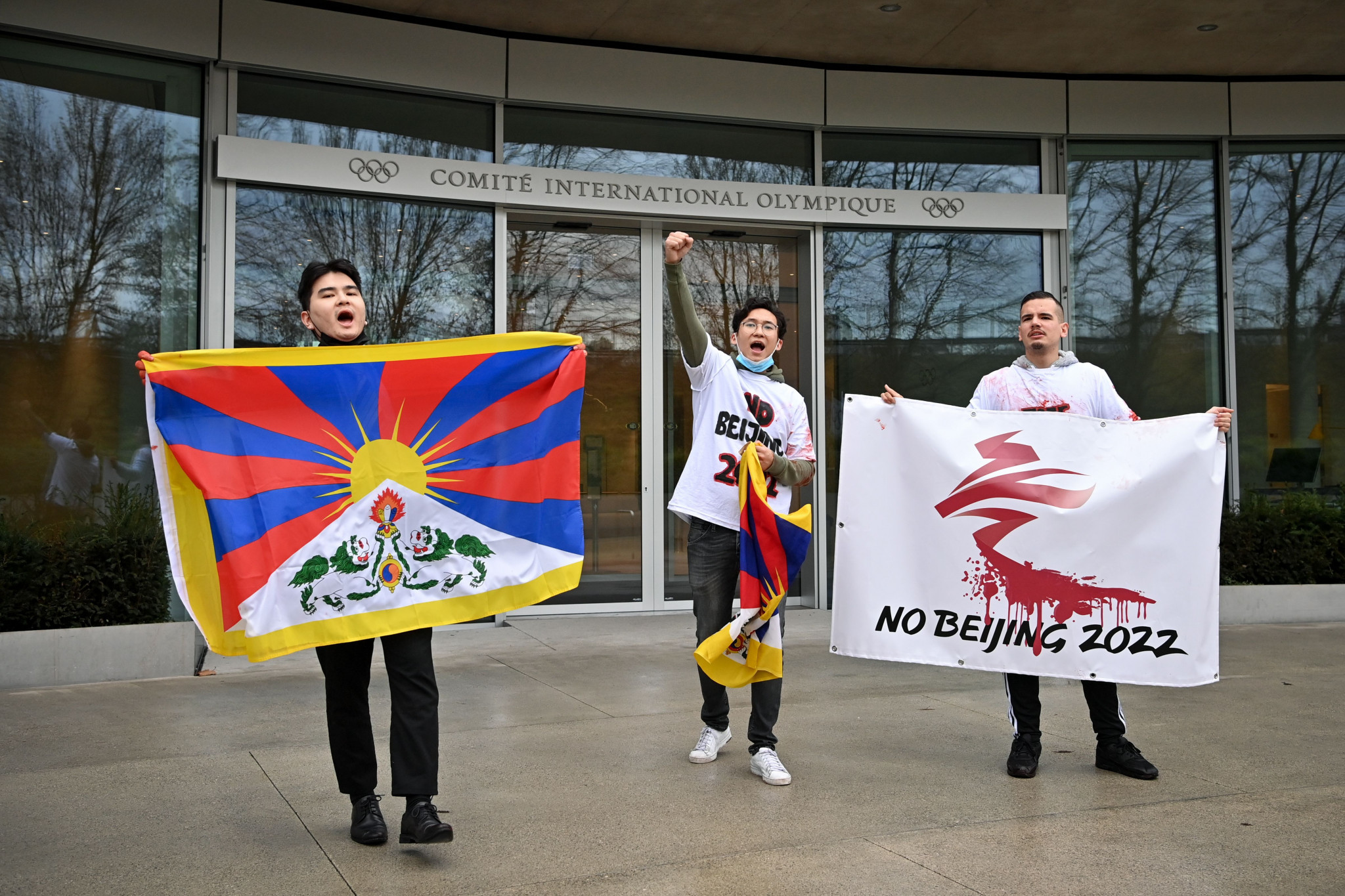 Chinese state-run newspaper Global Times has warned a boycott of next year's Winter Olympic Games in Beijing would result in trade sanctions.

Global Times editor-in-chief Hu Xijin claimed on Twitter that China would "seriously sanction" countries who decided to use Beijing 2022 to make a political protest.

"International Olympic Committee (IOC) and athletes will both oppose it, and China will seriously sanction any country that follows such a call."

Global Times later published an editorial that claimed China would "retaliate fiercely" against a boycott.

"China is a sporting and economic power with growing political influence," it said, according to 7 News.

"If any country is encouraged by extremist forces to take concrete actions to boycott the Beijing Winter Olympics, China will definitely retaliate fiercely.

"China certainly has the resources and means to do that."

The claim came after a joint letter, signed by more than 180 campaign group, was sent to leaders around the world to encourage a boycott of Beijing 2022.

China and the IOC have faced a deluge of criticism ahead of the Games over the host nation's human rights record.

There has been widespread condemnation of Beijing's treatment of Uyghur Muslims in Xinjiang as well as its crackdown on protesters in Hong Kong and its policies towards Tibet and Taiwan.

Politicians in Canada have also written an open letter asking for the relocation of the Winter Olympics from China.

Green Party leader Annamie Paul suggested during a press conference that Canada could host the Games instead.

"If an ongoing genocide is not reason enough to relocate a sporting event, then my question is, what is," she said, according to The Canadian Press.

The open letter clarifies that is is asking for a relocation rather than a boycott.

"In no way are we at the COC and CPC trying to minimise what is happening in China, but a boycott is not the answer," the statement said.

"Rather, we believe the interests of all Canadians, and the global community, are advanced through competing and celebrating great Canadian performances and values on the Olympic and Paralympic stage."

An Inter-Parliamentary Alliance on China, which includes politicians from the United States, Britain, Japan, Australia and the European Union, has previously put pressure on the IOC.

Campaigners have also started to target Olympic sponsors with Airbnb urged to withdraw its backing of Beijing 2022 last month.