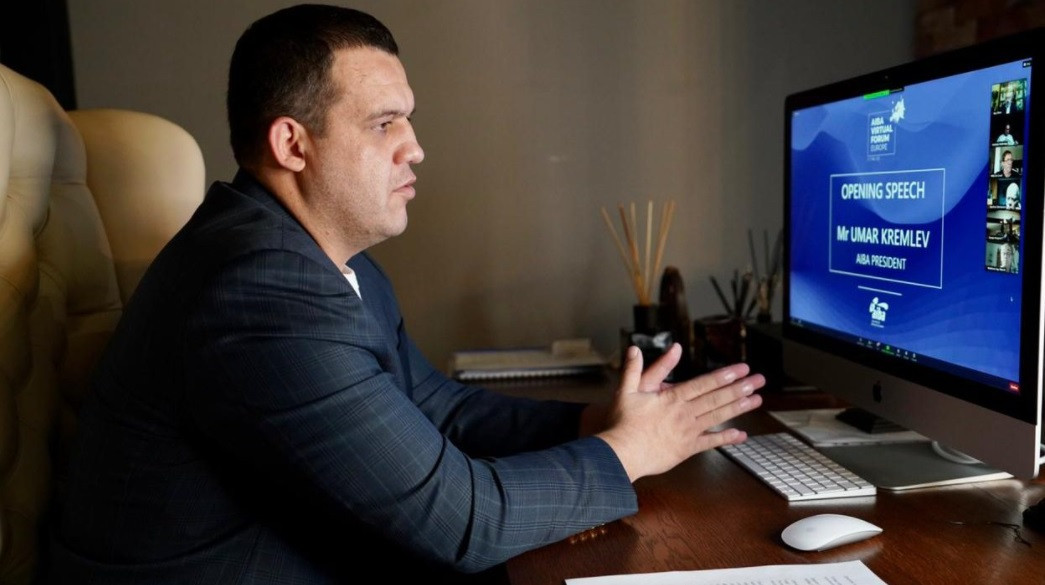 Ricci Bitti was speaking during the third of AIBA’s virtual continental forums of 2021, with this latest edition designed for European National Federations.

More than 40 European federations participated in the event, with Ricci Bitti, who is currently serving a third four-year term as ASOIF President, using the speech to encourage AIBA to continue working positively alongside the IOC.

"Boxing is one of the most traditional and universal sports in the Olympic programme," said Ricci Bitti.

"Therefore, it is very important for the Olympic Movement to have a reinstated, well-functioning and recognised International Federation to govern this sport.

"I urge the AIBA leadership to engage constructively with the IOC Special Monitoring Committee and consider consequent actions."

Relations between the IOC and AIBA have been strained in the past month with the IOC sending a letter to AIBA President Umar Kremlev calling for "significant progresses" to be made to safeguard the sport’s continued place on the Olympic programme.

Meanwhile, AIBA has criticised the IOC for cancelling the final boxing qualifier for the Tokyo 2020 Olympic Games, due to be held in Paris in June, because of the coronavirus pandemic.

AIBA was suspended by the IOC as the Olympic governing body for boxing in 2019, and was also stripped of any involvement in the boxing tournament at Tokyo 2020 because of concerns over its governance, finances and refereeing and judging.

Representatives of more than 40 countries took part in the AIBA Continental Forum for Europe. The ASOIF President Mr. Francesco Ricci Bitti has become a special guest of our boxing family. Further reforms aimed at the development of boxing were discussed! ?? #AIBA #AIBAforum pic.twitter.com/fjSJAzctNL

Speaking during today’s forum, Kremlev reiterated AIBA’s commitment to working with the IOC saying: "We have already done a lot, and we will not stop developing.

"Some changes require a bit more time, and we have confidence in our success.

"I would like to underline that we are ready for an open dialogue and full cooperation with the IOC. However, my first task is to show concrete steps, not words."

During the European forum, Kremlev also said he was confident that the two World Championships scheduled to take place in the continent would go ahead despite the coronavirus pandemic.

"These tournaments are very important for boxing development in the new reality," said Kremlev.

"We cannot leave our athletes in limbo, giving them no chance to perform. Our task is to adapt to changes in the world and organise tournaments, including major ones.

"I want to thank Europe for high safety standards which already allow conducting international tournaments. I truly believe in the success of both World Championships."

This is the third AIBA virtual continental forum this month, following similar events for Africa, which included a visit by Kremlev to Kenya, and the Americas.