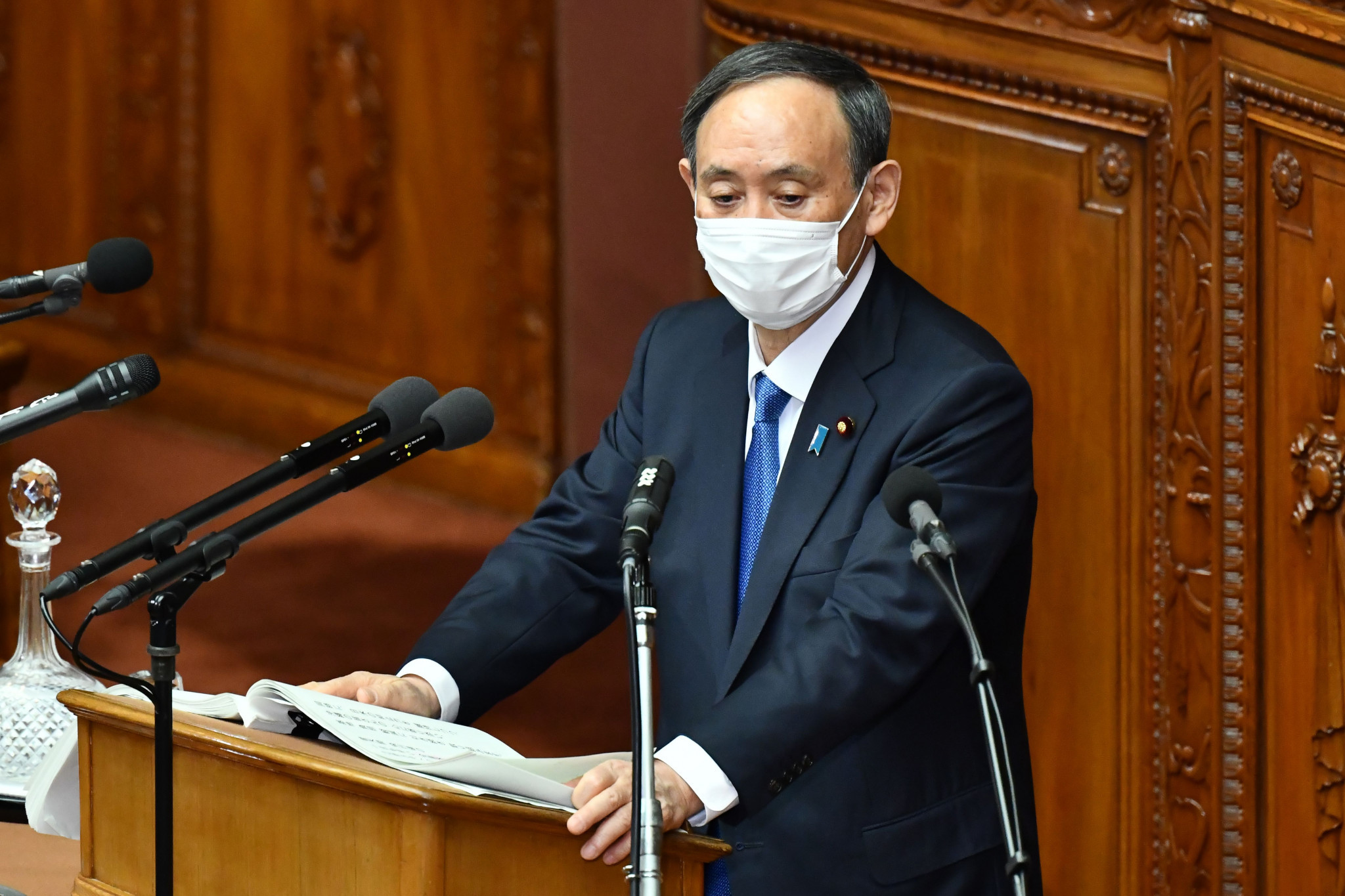 Japanese Prime Minister Yoshihide Suga has vowed to bring the coronavirus pandemic under control "as soon as possible", while reiterating his determination to host the delayed Tokyo 2020 Olympic and Paralympic Games this year.

Suga made the comments during his policy speech at the start of Japan’s new parliamentary session today.

The Japanese Prime Minister has faced increasing pressure in recent weeks following a rise in coronavirus cases in the country.

The surge in infections led to Suga declaring a state of emergency in several areas of Japan, including the capital city Tokyo.

Suga promised the Japanese Government would take "effective measures" to ensure the pandemic is brought under control.

"In order to restore sense of safety, I will get the coronavirus pandemic, which has raged worldwide and is now severely affecting Japan, under control as soon as possible," Suga said, Japanese news agency Kyodo reported.

"I will stand at the frontline of the battle while I get the people’s cooperation.

"What is important is to provide necessary medical services to people in need.

"We will exhaust all measures to safeguard the medical system.

"We are all ready to deploy the Self-Defence Forces' medical team if requested by governors."

Suga said the Japanese Government will seek to pass legislation aimed at enforcing coronavirus measures introduced in the country.

This could see fines issued to people and business who refuse to comply.

The Japanese Prime Minister vowed to host the Olympic and Paralympic Games later this year, despite recent opinion polls showing growing opposition from the public.

"We will press ahead with preparations, with determination of building watertight anti-infection measures and holding an event that can bring hope and courage to the world," Suga said.

Suga’s handling of the coronavirus pandemic and the Tokyo 2020 Olympic and Paralympic Games are expected to be key issues in the build-up to Japan’s general election, which will take place later this year.

Suga, who has slumped in recent opinion polls, expressed hope that Japan will begin to roll-out coronavirus vaccines by late February.

The Japanese Prime Minister has vowed to "set an example" by taking the vaccine to help reduce any concerns held by the public over its safety.

Japanese cabinet minister Taro Kono, who admitted this week the holding of the Tokyo 2020 Olympics and Paralympics "could go either way", has been appointed as the country's COVID-19 vaccine minister.

The new position was created to ensure a smooth roll-out of the vaccine across the country.