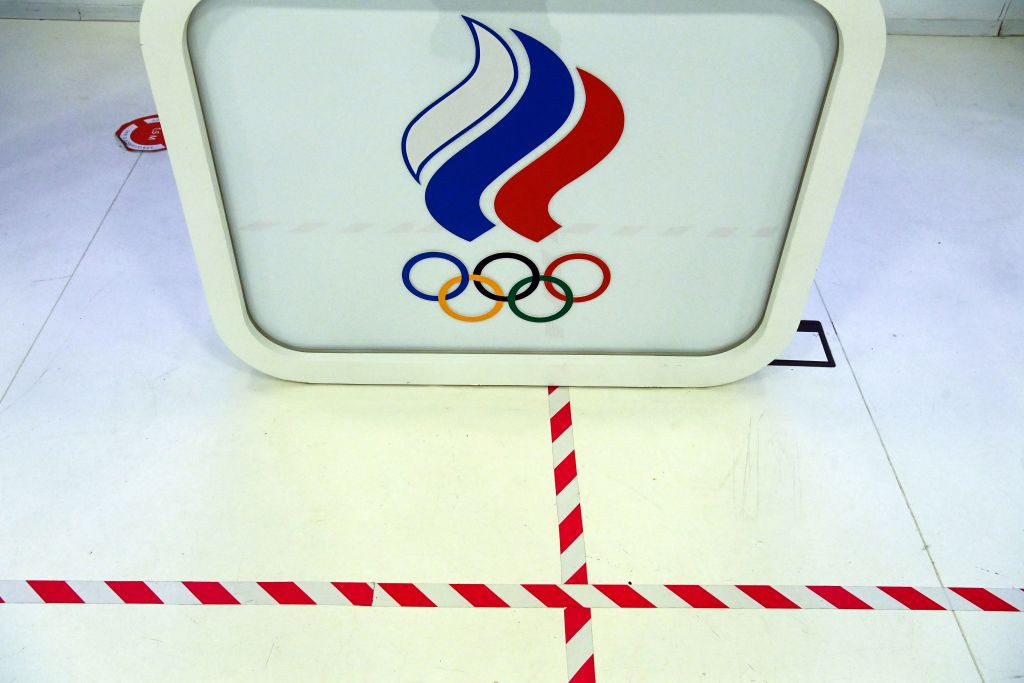 Russia's flag and anthem will be banned from the Tokyo 2020 and Beijing 2022 Olympic Games, even though the Court of Arbitration for Sport (CAS) halved the four-year period of sanctions imposed by the World Anti-Doping Agency (WADA) as punishment for the manipulation of the Moscow Laboratory data.

Only Russian athletes who meet certain criteria will be able to compete as neutrals at events including Tokyo 2020, Beijing 2022 and the 2022 FIFA World Cup in Qatar - should the nation qualify - under the decision rendered by the CAS.

The country will not be able to host, or be granted the right the stage, any major events during the two-year period where the sanctions apply and it must be stripped of any World Championships it has already been awarded that are due to take place between now and December 16 2022 "unless it is legally or practically impossible" to do so.

The decision also bars Russian President Vladimir Putin and other Government officials, such as Sports Minister Oleg Matytsin, from attending the postponed Olympic Games in Tokyo, the 2022 Winter Olympic Games in Beijing and World Championships, unless they are invited by the Prime Minister or head of state of the host country.

Today's announcement will not signal the end of the protracted Russian doping scandal, however, as it will now be up to the International Olympic Committee (IOC) and International Federations to implement the decision, which comes into effect immediately.

WADA last December imposed a four-year package of punishments on Russia after it found data from the Moscow Laboratory had been tampered with and manipulated.

The CAS has reduced the period to two years but said this "should not be read as any validation of the conduct of the Russian Anti-Doping Agency (RUSADA) or the Russian authorities".

"This panel has imposed consequences to reflect the nature and seriousness of the non-compliance [to the World Anti-Doping Code] and to ensure that the integrity of sport against the scourge of doping is maintained," the CAS said in a statement.

"The consequences which the panel has decided to impose are not as extensive as those sought by WADA.

"This should not, however, be read as any validation of the conduct of RUSADA or the Russian authorities.

"In making its orders, the Panel is limited by the powers granted under the applicable law, in particular the WADC and the International Standard for Code Compliance by Signatories.

"It has considered matters of proportionality and, in particular, the need to effect cultural change and encourage the next generation of Russian athletes to participate in clean international sport."

Athletes currently serving a doping suspension will be ineligible for the neutral team at Tokyo 2020, Beijing 2022 and World Championships.

Athletes "shall not be subject to suspension, restriction, condition or exclusion imposed by a competent authority in any past or future proceedings which remains in force at the time of the specified event" in order to be cleared to compete.

The criteria in the CAS decision is not as strong as WADA had wanted, however.

In its December 2019 ruling, WADA ruled that Russian athletes may only compete at major events "where they are able to demonstrate that they are not implicated in any way by the non-compliance with conditions including (without limitation) that they are not mentioned in incriminating circumstances in the McLaren reports, there are no positive findings reported for them in the database and no data relating to their samples has been manipulated and that they have been subject to adequate in-competition and out-of-competition testing prior to the event in question according to WADA".

It means Russians implicated in the McLaren Report, which substantiated allegations of state-sponsored doping by Russia at events including the 2014 Winter Olympic Games in Sochi, will not be able to take part at Tokyo 2020 and Beijing 2022.

Under the terms of the decision, Russia's name will be permitted on uniforms at events such as the Olympics, but the words "neutral athlete" - or an equivalent - "must be displayed in English in a position and size that is no less prominent than the name 'Russia".

The colours of the flag will also be allowed, but the Russian national anthem is banned.

It is a similar situation as at the 2018 Winter Olympic Games in Pyeongchang when they competed as the "Olympic Athlete from Russia" - OAR - where they won a total of 17 medals, including two gold to rank 13th overall.

Spectators are free to bring the Russian flag into venues as International Federations and code signatories will not be required to prevent them from doing so.

In its ruling, the three-person CAS panel said Russian athletes "shall not display publicly the flag of the Russian Federation (current or historical), the name 'Russia' (in any language or format), or any national emblem or other national symbol of the Russian Federation, including without limitation, on their clothes, equipment or other personal items or in a publicly visible manner at any official venues or other areas controlled by the signatory or its appointed event organiser".

While Russian Government representatives, including Putin and Matystin, will be prevented from attending the Olympics and World Championships, unless they are invited by the Prime Minister or head of state, the CAS has overturned a ban on Russian Olympic Committee officials from Tokyo 2020 and Beijing 2022.

The CAS verdict can be appealed to the Swiss Federal Tribunal but any chance of success at the country's highest court are slim, as it only intervenes based on potential procedural issues and on human rights and does not make a judgement on the CAS' interpretation of the law.