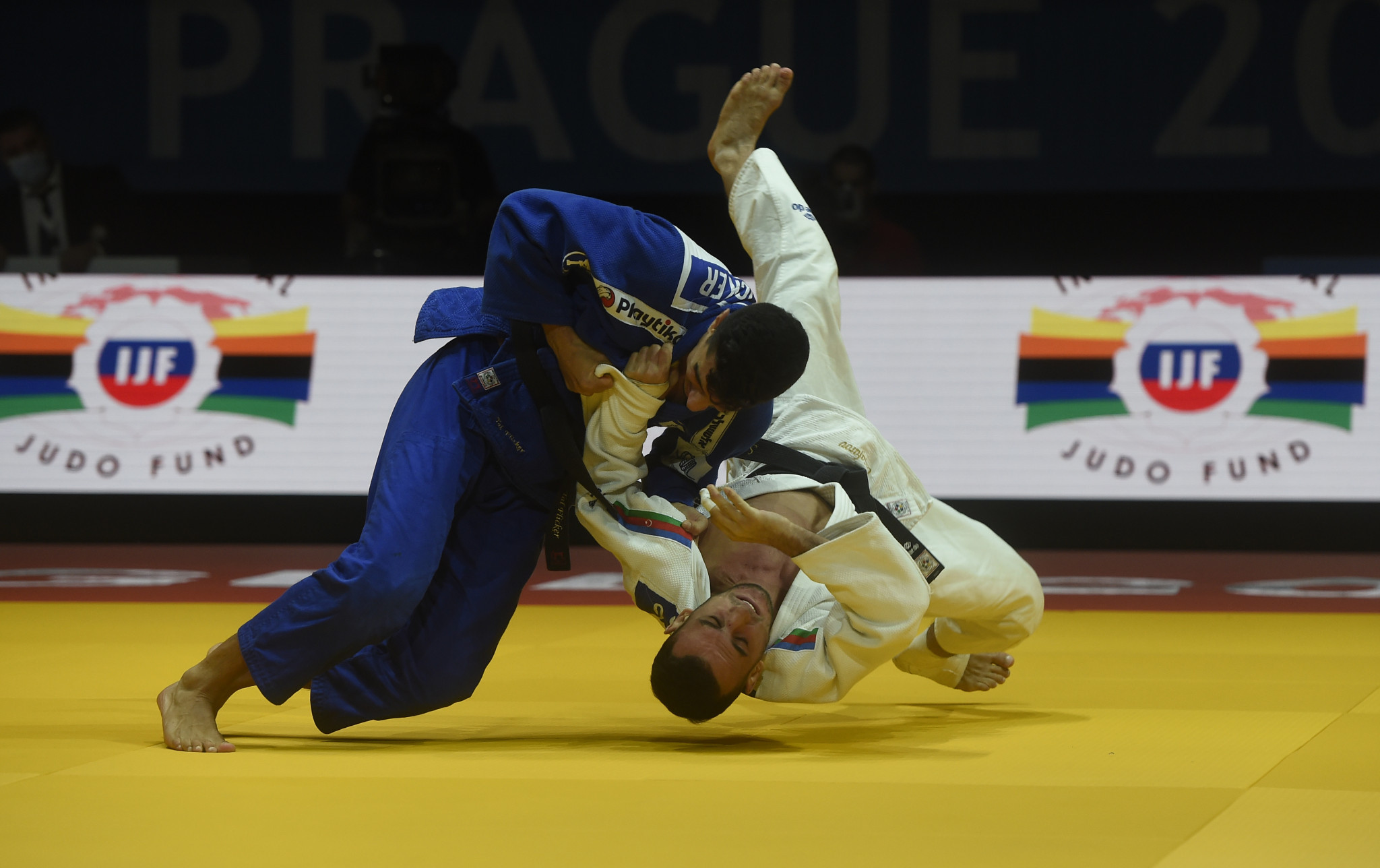 Azerbaijan's Orkhan Safarov produced a major shock to win one of five titles awarded on the opening day of the European Judo Championships in Czech capital Prague.

Safarov, who had previously won world and European medals in the under-60-kilogram weight class, beat Italian world number one Manuel Lombardo in round one on his way to a stunning under-66kg title.

Flicker's route to the final had included defeating past champion Vazha Margvelashvili of Georgia.

Russian Robert Mshvidobadze won the other men's gold medal on offer today, becoming European under-60kg champion for the second time after triumphing at this event in Warsaw in Poland in 2017.

In the women's under-48kg, Shirine Boukli won what could prove to the first of multiple French gold medals.

The 21-year-old beat world bronze medallist Distria Krasniqi of Kosovo in the quarter-finals, before seeing off fellow 21-year-old Laura Martínez Abelenda of Spain in the semis and Serbian 20-year-old Andrea Stojadinov in the final.

Odette Giuffrida, a silver medallist at the Rio 2016 Olympics, ensured there was joy for Italy in the under-52kg, defeating two-time champion Andreea Chițu of Romania in the final.

In the women's under-57kg, Hungary's Hedvig Karakas triumphed over Portuguese jukoda Telma Monteiro to claim the title - her first European medal since 2015, and 11 years on from winning bronze at this event in Georgian capital Tbilisi.

Russia currently lead the medals table, with one gold and one silver, but France's total of three medals - two of them bronze - is the largest overall tally.

The event continues tomorrow, with four more sets of medals due to be awarded.