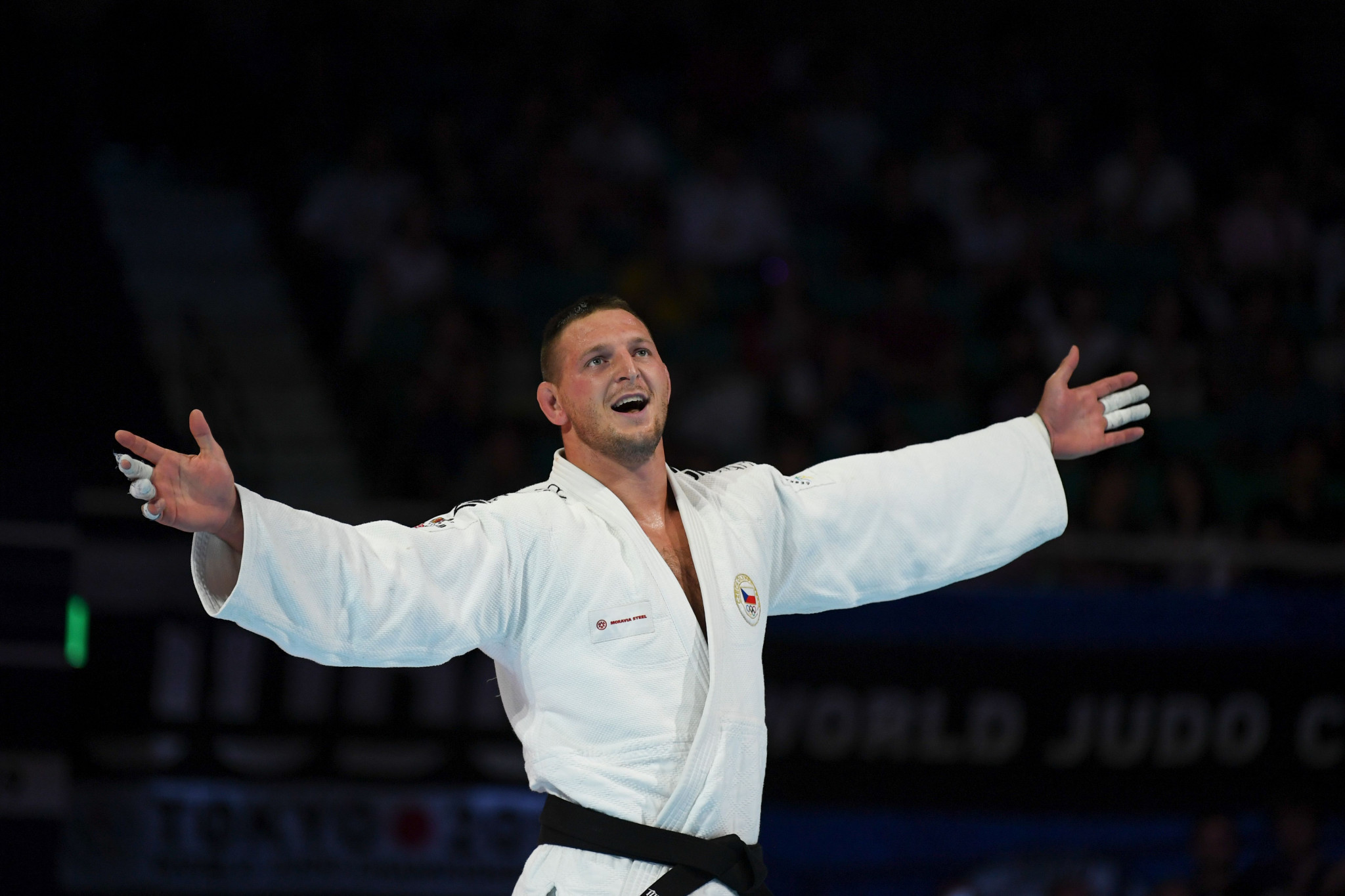 Three reigning Olympic champions are among the competitors at the European Judo Championships, which begin tomorrow in Czech capital Prague.

Lukáš Krpálek is one of them, and the Czech athlete is the top seed in the men's over-100-kilograms division.

Krpálek's Olympic title came one weight class lower, but he is the reigning heavyweight world champion and undoubtedly the event's star attraction.

Italian Fabio Basile like Krpálek is to compete at a different weight class to Rio 2016 - stepping up to under-73kg.

Basile, who won under-66kg Olympic gold in Brazil, is part of an Italian team which includes 21-year-old Manuel Lombardo, the under-66kg top seed.

Slovenian Tina Trstenjak is the final reigning Olympic champion set to compete, and the women's under-63kg judoka is seeded second as she attempts to win a third European title.

Qualification points for the Tokyo 2020 Olympics will be on offer in Prague.

None of the three Olympic champions will be in action on day one, with the women's under-48kg, under-52kg and under-57kg contests scheduled, as well as the men's under-60kg and under-66kg.

Kosovo's Distria Krasniqi is the strong favourite in the first category, and one of seven judoka ranked number one in the world set to compete in Prague.

Krpálek and Lombardo are among the others, while French world champions Marie-Eve Gahié and Clarisse Agbegnenou also hold the honour.

Russia topped the medals table last year - with three golds, including in a mixed team event - and Daria Mezhetskaia headlines the Russian team as she bids to defend her under-57kg crown.

The three-day event follows the Under-23 European Judo Championships, and will take place in accordance with anti-COVID-19 guidelines, but some countries including Britain have opted against competing due to the health crisis.

Originally scheduled for May, the European Championships were delayed multiple times because of the pandemic.