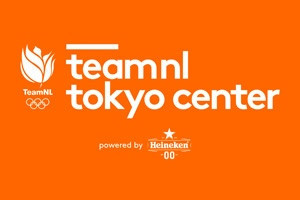 The Dutch Olympic Committee*Dutch Sports Federation (NOC*NSF) says it has not reconsidered its decision to cancel Holland Heineken House for the Tokyo 2020 Olympic Games.

The NOC*NSF and sponsor Heineken announced in March that their plans for the house had been shelved due to the coronavirus pandemic.

NOC*NSF said at the time the decision was made to ensure the organisation could support athletes during the COVID-19 crisis.

Preparations required for the house were also considered to not be possible due to the pandemic.

The NOC*NSF decision came one week prior to the postponement of the Olympic and Paralympic Games to 2021.

NOC*NSF say there are no plans to revive the Holland Heineken House for the rescheduled Games next year.

"At this moment we do not have reasons to reconsider our decision not to have a Dutch House in the way we used to have," a NOC*NSF spokesperson told insidethegames.

Beer giant Heineken has organised the national house on behalf of the NOC*NSF at every Summer and Winter Olympics since the 1992 Games in Barcelona.

Originally created with the purpose of having a place for Dutch athletes to meet fans, it was later expanded into a meeting place for supporters.

The house has also served as a base of operations for the NOC*NSF, companies and the media.

During Rio 2016, Holland Heineken House was located in Ipanema and welcomed 4,000 daily guests.

NOC*NSF and Heineken had announced last October plans to place the house in the Tokyo Bay area.

It had been hoped that an expanded version of the house would feature a multifunctional area and space to allow Dutch companies to showcase products and services.

Most major nations set-up hospitality houses at the Olympic Games.

The British Olympic Association confirmed in May that the initial location for Team GB House has been retained.

It was announced in January that Team GB House would be based at the AoyamaTreehouse venue in the Japanese capital's Aoyama district.