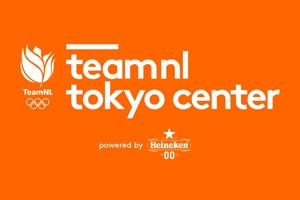 Heineken and the Dutch Olympic Committee*Dutch Sports Federation (NOC*NSF) have revealed that the Holland Heineken House (HHH) for Tokyo 2020 will be located in Tokyo Bar.

Heineken has organised the national house on behalf of the NOC*NSF at every Summer and Winter Olympics since the 1992 Games in Barcelona.

For Tokyo 2020, HHH will join forces with TeamNL Tokyo Centre, a multifunctional area that will include space to allow Dutch companies to showcase products and services.

Contract negotiations for the House in Tokyo Bay are now in their final phase, NOC*NSF director Gerard Dielessen revealed.

"It is nicely centrally located between a number of Olympic competition accommodations, and close to the Olympic Village where TeamNL resides." he said.

"With this development, we are future-proof and can enable TeamNL athletes with a home-from-home experience for friends and family to achieve the best performance.

"In addition, we now offer Dutch entrepreneurs at TeamNL Expo the opportunity to meet with their trading partners in this unique Olympic setting.

"With the Holland Heineken House and the TeamNL Expo, this TeamNL Tokyo Centre will be the calling card of our country where sportiness, excellence, togetherness and friendliness come together."

Originally created with the purpose of having a place for Dutch athletes to meet fans, it was later expanded into a meeting place for supporters, as well as a base of operations for NOC*NSF, companies and the media.

Hans Erik Tuijt, global sponsor director at Heineken, is excited to see the HHH concept being expanded even further.

"This is really the next level," he said.

"The Holland Heineken House is inextricably linked to the Olympic Games and is part of this TeamNL approach.

"Before, during and after the competitions it is the place to be to get together far away from home to experience the results of our national team and to celebrate victories.

"Heineken is an official partner of the honours of both the Olympic and Paralympic Games.

"Naturally, the 15th edition of the Holland Heineken House is the place where our Olympic heroes will be honored in full glory."