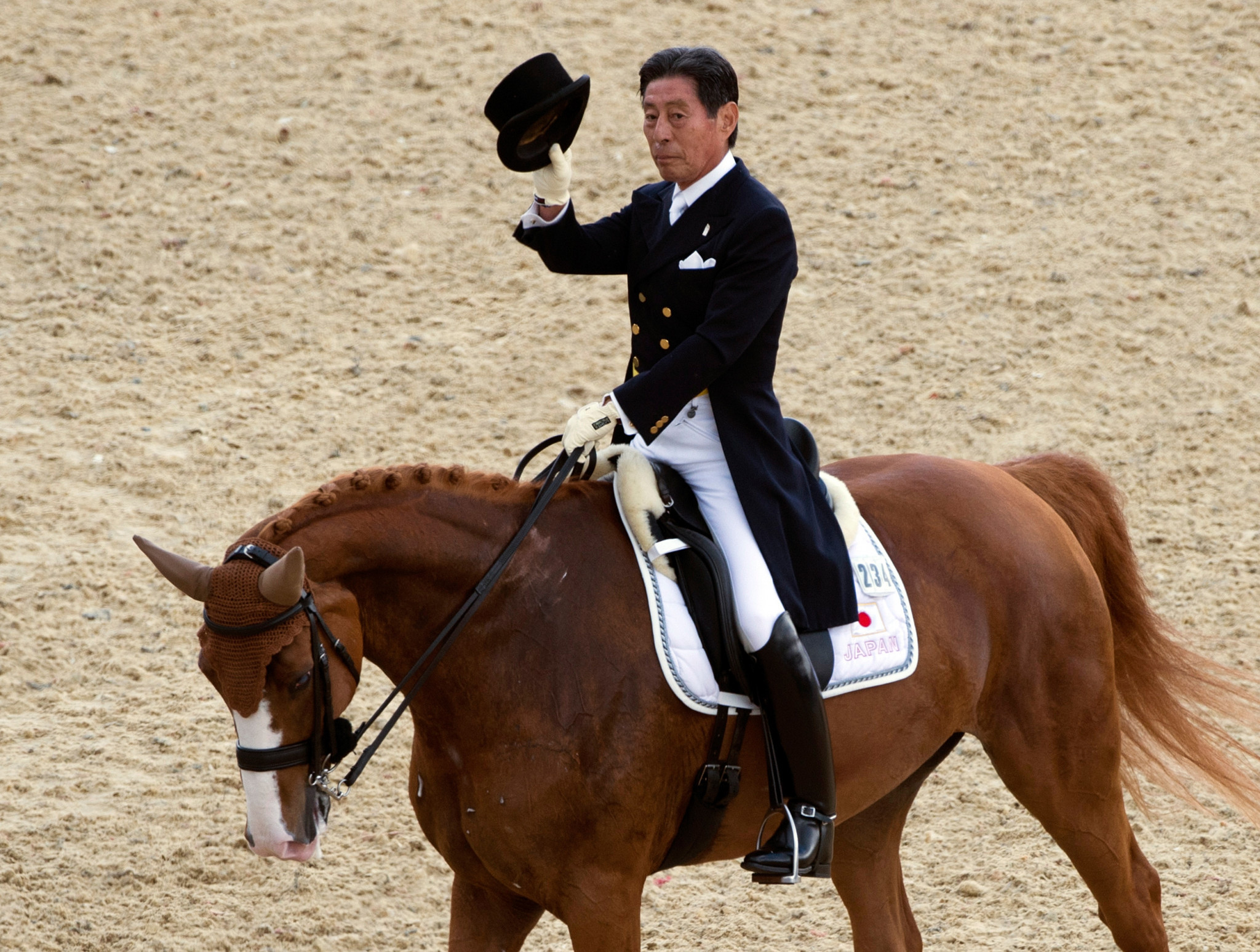 Three-time Olympian Hiroshi Hoketsu has claimed statements about holding the Tokyo 2020 Olympic Games with or without COVID-19 are “regrettable”.

Hoketsu became Japan’s oldest Olympian when he competed at London 2012 at the age of 70.

The equestrian athlete is seeking to become an Olympian at the Games by qualifying for the postponed Tokyo 2020 Olympics.

The 79-year-old has, however, questioned whether the Olympics should take place due to the ongoing uncertainty and risks posed by the coronavirus pandemic.

“John Coates, the vice president of the International Olympic Committee, said in a media report on September 7 that ‘the games will start as planned on July 23 with or without COVID’,” Hoketsu told the Kyodo news agency.

“As this is the second such remark, following one made on July 29, it can be assumed that Mr. Coates is serious about forging ahead with the Tokyo Olympics next summer.

“There will be more than 100,000 athletes, press, and other related personnel flying into Tokyo from all over the world for the event.

“If any of them feel that it is unsafe to come to Tokyo, they have the option of staying home.

“This is not true for the Japanese people -- we do not have such an option.

“Visitors will be coming regardless of how we feel.

“According to a survey done by Kyodo in July, only one in four Japanese welcome the idea of hosting the Olympics next year.

“For the vice president of the International Olympic Committee to make such a statement without taking into consideration the Japanese people's sentiments, is quite irresponsible and regrettable."

Hoketsu added that his previous appearances at the Games had been "peaceful and joyful", due to interaction between athletes, volunteers and spectators.

He suggested countermeasures, which could limit spectators and impact the Opening Ceremony, may reduce the appeal of the Games.

Japan is pressing ahead with plans to host the rescheduled Olympic and Paralympic Games next year.

Japanese Prime Minister Yoshihide Suga stressed the country was committed to hosting the Games in his debut speech to the United Nations, after he succeeded Shinzō Abe earlier this month.

“Japan is determined to host the Tokyo Olympic and Paralympic Games as proof that humanity has defeated the pandemic,” Suga said in a pre-recorded message.

"I will continue to spare no effort in order to welcome you to a Games that are safe and secure."

Suga’s comments mirrored a commitment made to IOC President Thomas Bach to ensure the postponed Tokyo 2020 Olympic Games are a "success."

The Tokyo Olympics are scheduled to take place from July 23 to August 8 in 2021, with the Paralympics following shortly after from August 24 to September 5.